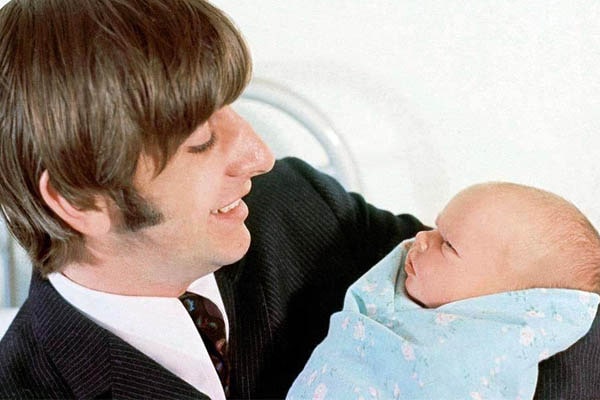 The acclaimed Beatles drummer, Ringo Starr‘s son, Zak Starkey, is a legend himself. He is also a famous English rock drummer like his dad, who is ruling the music industry since the late 1970s. The former member of the English rock band, Oasis, Zak Starkey, has recorded and performed with various notorious artists and bands to date. He joined the band The Who in 1996 and has been actively involved in it ever since. Moreover, Starkey is also popular for performing with musical artists like Johnny Marr, Paul Weller, John Entwistle, and many more.

Only Daughter Of Zak Starkey With Sarah Menikides

Tatia Jayne Starkey is the only child of the famous drummer Zak Starkey with his long-time wife, Sarah Menikides. The beautiful couple welcomed their daughter, Tatia, on 6 September, 1985, Saturday weighing 7 pounds 2 ounces in England. The arrival of Tatia did not just make Zak and Sarah a proud parent for the first time, but at the same time, she also made Ringo Starr the first Beatle grandfather.

Shortly after Tatia Starkey’s birth, her father, Zak, recorded a musical version of Wind in the Willows in collaboration with the late English Rock Pianist Eddie Hardin. She proved to be a lucky charm for her dad as, after her birth, Zak Starkey’s musical career started to flourish.

Tatia Jayne Starkey’s parents, Zak Starkey and Sarah Menikides, married the same year she was born, on 22 January 1985. She is the only offspring of her parents. So, being an only child of a celebrity musician, her childhood must have been full of luxuries.

As we mentioned earlier, Zak Starkey’s daughter, Tatia Starkey, is also in the music industry in which both her father and grandfather have found success and fame. Almost everyone knows that her father, Zak Starkey, and grandad, Ringo Starr are drummers. However, seeing her dad’s drumming often compared to her granddad’s, she wisely chose to become a guitarist.

Zak Starkey’s daughter, Tatia Starkey, who goes by the stage name Veronica Avant, currently serves as a bassist and singer for her own band, Belakiss. Her band consists of three more music experts, Ben Sheldrick, Ruari Meehan (Tony Meehan‘s son), and Alfie Milner. Tatia Starkey’s band, Belakiss, creates a flow of excitement in music lovers across the United Kingdom and Japan. It is the first band ever accepted for Fuji Rocks 2011, without even having their album already out.

Though Tatia Starkey always wanted to play guitar as a child, her father, Zak, tried to teach her piano. But, the current bassist, Tatia, would get bored and run away from him. As a result, she became a guitarist instead of following her family tradition and being a drummer.

Zak Starkey’s daughter, Tatia Starkey, does not seem to be single. According to various online sources, it looks like Tatia is in a romantic relationship with Adam Low, whose details are not available at the moment. The couple has a son, Stone Zakomo Low, who arrived on 14 August 2016. The noise11 reported about his birth on their page for the first time. Tatia’s son, Stone, is the first great-grandchild of Ringo Starr and grandson of Zak Starkey.

Furthermore, Zak Starkey’s daughter, Tatia Starkey, prefers to keep her personal life private. So, it might be the reason why she chose to be in the English music industry with a different name, Veronica Avant. Moreover, besides some pictures available on the internet, she does not seem to have posted any photos on her own. Also, details about her son, Stone Low is far from the media reach. Hence, it hints that Tatia prefers her personal life privatized.

For now, Tatia Jayne Starkey is living a blissful life away from unnecessary media dramas and possibly, preparing to shine out soon, just like her dad and granddad staying behind the limelight.