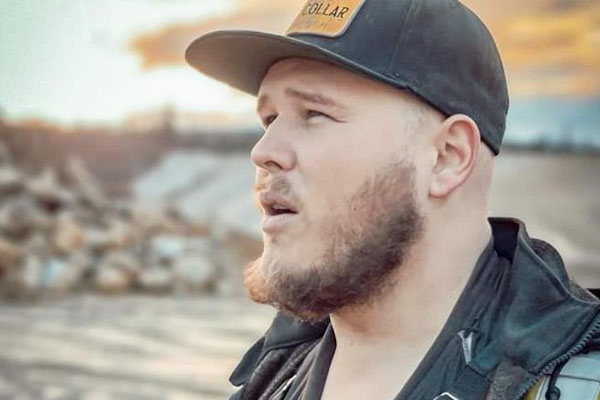 Mike Beets is an important member of the Beets crew in the Gold Rush show. Image Source: Tony Beets' Facebook.

Tony Beets is a proud father to four talented kids who have all grown up. And Mike Beets is one of his four children, who inherited his mining skills and currently working on them. Besides being recognized as the mining legend Tony Beets’ son, Mike is gradually achieving fame on his own from his regular appearance on Discovery Channel’s show ‘Gold Rush.’

So, how did the Klondike-based gold miner Tony Beets raised his son, Mike Beets? Find it out here, along with some of his personal and professional facts.

Mike Beets is the second child of the long-time married couple, Tony Beets and his beautiful wife, Minnie Beets. Together Tony and Minnie gave birth to their son, Mike, in 1990. Though his parents are originally from the Netherlands, they welcomed and raised him in Yukon, Canada.

Furthermore, Mike Beets has one elder brother named Kevin Beets, who arrived two years before him in 1988. Similarly, he has two younger sisters, Monica Beets and Bianca Beets.

Among three of Mike Beets’ siblings, Monica and Kevin are also in the mining business while his sister, Bianca, works in a different field entirely away from the reach of media.

Moreover, Mike also had a younger sister named Jasmine Beets. She had joined his family on 15 December 1992. Unfortunately, she had arrived on this earth with an extra chromosome. So, due to the same congenital disability, Jasmine passed away at the age of two and a half years on 1 March 1993.

Involved In His Family’s Mining Business

Aforementioned, Mike Beets’s siblings, Monica and Kevin Beets, work in gold mines with their dad, Tony Beets. Like them, he also helps his father with their family’s mining business and often appears on the Gold Rush show extracting gold with the Beets Crew.

According to sources, as an integral member of the Beets Crew, Tony Beets’ son, Mike Beets, works at his family’s Paradise Hill Claim. Moreover, a medieval recreationist with a 60lbs full suit of armor and intently in knightly swordfights, Mike was a night manager at Paradise Hill in season 5. Later, in season 6, he became the supervisor at the same claim.

Moreover, besides assisting his family in the mining business, Mike might also be involved in other businesses. However, due to his extremely private nature, his other source of earnings is not known to the public yet.

The secretive gold miner, Mike Beets’ parents, Tony Beets and Minnie Beets, are role models for many couples of the present generation. They tied their marital knot more than three decades ago. In fact, Tony and Minnie have been friends since they were kids.

But, after living together as husband and wife all these years, their love for one another is increasing with time, unlike many other married couples who end their marriage due to few misunderstandings. Moreover, the presence of their four responsible kids in their life has added more colors to their happy married life.

Talking about Mike Beets, his love life, and his girlfriend is still a mystery to all of those who show interest in his life. However, we hope he might have already found his match and enjoying a great life with her behind the camera.

Mike is an American baby name that originated from the Hebrew name Mikha’el which means there is none like God.