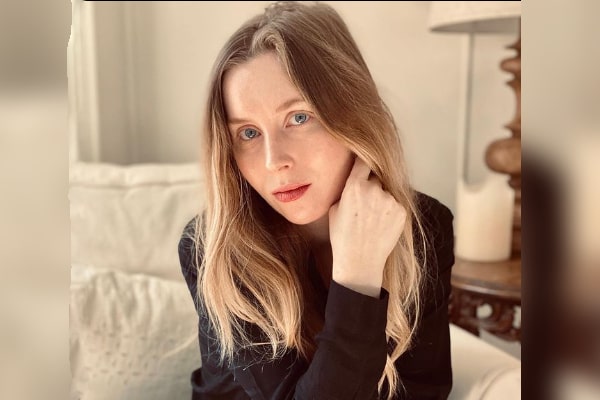 Born Anthony Marc Shalhoub, Tony Shalhoub is famous for his roles in the American mystery drama Monk and NBC sitcom Wings. Tony has been involved in the film industry since 1980 and has won several prestigious awards, including, a Golden Globe Award, five Emmy Awards, six Screen Actors Guild Awards, and a Tony Award.

Aside from his rocking career, the Wisconsin native leads a happy family of four with his wife of 42 years, Brooke Adams. Did you know the couple adopted both of their daughters? In addition, they have grown up and have established careers. So, in this article, let’s get to know Tony Shalhoub’s daughter, Josie Lynn Shalhoub.

Josie, who was born on 14 May 1989, is the first baby of her parents. Tony Shalhoub’s wife, Brooke, adopted Josie Lynn at birth from Omaha, Nebraska as a single woman. Three years after the adoption, her mom met her dad while doing The Heidi Chronicles on Broadway and tied the knot in 1992. Eventually, Josie was adopted by Tony.

Wishing a happy father’s day, the Shalhoub-Adams couple’s baby girl said not many people get to pick up their parents, but she is lucky she got that opportunity. The beautiful lady further revealed that when she first met her dad on the set, she immediately fell in love. So, she would jump out of her mother’s arms and run into the actor’s arms.

Furthermore, Josie Lynn has a younger sister, Sophie Shalhoub (born in 1993), who was also adopted in 1994, two years after their parents walked down the aisle. The Shalhoub sister must share a close bond.

Tony Shalhoub’s Daughter Is A Writer

Josie Lynn Adams is a writer, essayist, and creative director based in New Jersey. She has attended Yale Writer’s Workshop and Sewanee Writers’ Conference. In addition, she holds a bachelor’s degree in fine arts in theater from CalArts, a private college in California. Likewise, the eldest Shalhoub has culinary degrees from the French Culinary Institute and Institute of Culinary Education.

Tony’s little girl is a creative writer and a food writer. The writer’s essay, stories, and food writing have appeared in McSweeney’s, Audible, and Bon Appetit magazine. Her writings must have been loved by many. Let’s hope she gains success in the coming days.

Happily Married With A Kid

As already stated, Tony Shalhoub’s daughter has grown up to be a beautiful lady. Besides her successful professional life, she also leads a beautiful family of three, including her husband, Traver. The Monk star’s son-in-law makes beer and loves to travel. Traver and Josie walked down the aisle in August 2015.

Moreover, the couple started their journey in a sweet way. Back in the early 2010s, the writer had just gotten out of a long and terrible four-year relationship. She had plans to stay single intentionally for a while. But, while on a New York trip, the actor’s little girl met her current husband and fell in love.

On their first date, the pair walked around West Village, drank beer, and ate burgers and fries. Additionally, the love birds talked about kids, family, religion, books, and watched the sunrise. Due to her past experience, Josie hesitated to start a new bond. Traver understood and told Josie that it would be on her to move things forward. Eventually, she also fell in love.

After a while, the writer confessed her feeling. A year later, Josie Lynn Shalhoub’s husband got on one knee just before Thanksgiving. He asked the actor’s baby girl to become the mother of his kids. In a matter of three weeks, their wedding date, Church, florist, venture, make-up and hair tea, and card company were set. Now, the pair is living comfortably with their firstborn, Tucker Anthony Tischio, born on 25 June 2020 in the new house that they bought in 2021 after selling the previous one.

Not only does Tony Shalhoub’s daughter, Josie Lynn Adams has a successful career, but she also leads a happy family together with her husband. So let’s hope Josie Lynn Shalhoub will continue to live a wonderful life in the coming days.

Josie is a name of Hebrew origin, meaning God will add or increase. Meanwhile, the Welsh and Celtic name Lynn means Lake, waterfall, pool, and pond.