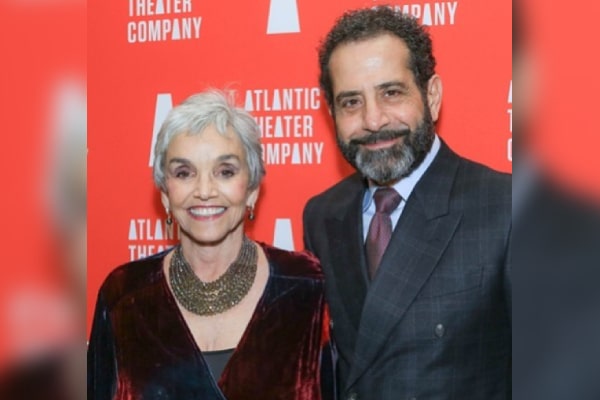 Happily ever after is the term that nods well with Tony Shalhoub and Brooke Adams’ love story. The lovebirds have been married for 30 years. In addition, the smitten duo is the proud parents of two daughters.

With constant hard work and outstanding skills, the pair have gained fame and fortune throughout their career in the entertainment industry. Thus, let’s get to know how it all started for the power couple in today’s piece.

First Met At A Set

Tony Shalhoub and Brooke Adams’ first interaction dates back to the late 1980s. They met while doing a Pulitzer-winning play. It is reported that Tony Shalhoub’s wife instantly fell for him. Furthermore, Tony had a crush on the actress after he watched her in Richard Gere’s play Days of Heaven years earlier.

However, the actor was in a relationship with someone else and was not ready to start a new bond. Brooke Adams’ husband was honorable and she thought it was a good sign. So, even after the mutual attraction, nothing happened between them.

Besides, in their love story, there is significant involvement of The Dead Zone actress’ little girl, Josie Lynn Shalhoub, whom she adopted in 1989. The then 11-month-old Josie adored Tony and always ran into his arms. Adams and Shalhoub spent time together outside the play, and their little girl was a good excuse and chaperone. The actress said it was fun to act like a picture-perfect family while acting like nothing was happening.

How Did The Couple Marry?

When the play ended, the smitten couple parted ways and didn’t get in touch for nearly two years. Later, when Tony’s dad passed away, the actress wrote a condolence letter which brought them together again. Soon after, the couple started dating. By 1992, the lovebirds decided to spend their life together and exchanged wedding vows at a house overlooking the Hudson River in New York.

Over the following decades, Tony and Brooke continued to work on hit movies and TV series. In an interview with MeTV, the skilled actress said her life after 40 has been the most successful. She found her soulmate, her career shot up to where she wanted it to be, and she felt better about everything.

Tony Shalhoub’s wife wrote an article where she said that she never expected and wanted to get married. But she always wished to have children. Thus, the beautiful lady adopted her first baby, Josie Lynn Shalhoub, also known as Josie Lynn Adams, at birth from Omaha, Nebraska.

Brooke Adams’ husband also adopted Josie Lynn before they got married. Two years after the wedding, the Shalhoub-Adams pair decided to add another member to their family and adopted Sophie Shalhoub in 1994.

While Josie Lynn is a writer, essayist, and creative director, Sophie is reported to be an equestrian. In addition, she is married to Traver and has welcomed a cute son Tucker Anthony Tischio. All in all Brooke and Tony’s children have already grown up and are doing well in their careers.

As mentioned above Tony Shalhoub and Brooke Adams have accomplished immense success in their professional career. They have worked on several movies and television series such as one episode of Wings, BrainDead, All Downhill from Here, etc. Aside from that, the married duo has amassed a hefty sum of fortune throughout their career.

As per Celebrity Net Worth, Tony Shalhoub’s net worth is $20 million. Likewise, Brooke Adams’ net worth is $10 million. Looking at their massive fortune, they undoubtedly live lavish lives.

Nonetheless, both Brooke and Tony are successful personalities. They have been living happily together and are proud parents of two daughters. Let’s hope they will continue to lead a wonderful life for a lifetime.