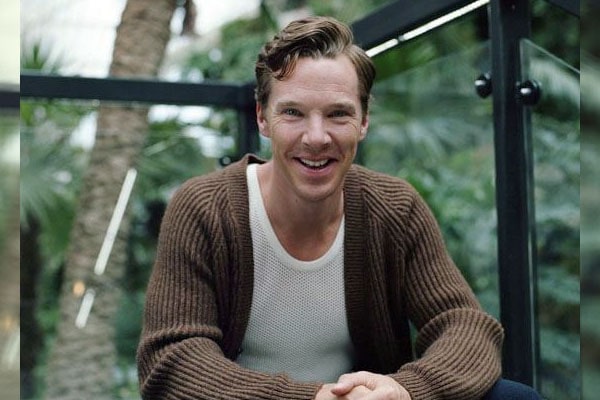 Wanda Ventham is a well-known entertainment personality who played Colonel Virginia Lake in the 1970s sci-fi TV series UFO and Pamela Parry in Only Fools and Horses. Ventham’s other television appearances include The Saint, Doctor Who, The Gentle Touch, and many others. Besides, she is also the mother of the famous actor Benedict Cumberbatch with her long-time husband, actor Timothy Carlton Cumberbatch.

Timothy Carlton is the second husband of actress Wanda Ventham. Before falling in love and marrying Timothy, Ventham was married to businessman James Tabernacle, with whom she welcomed a daughter, Tracy Peacock Tabernacle. Those who are well-updated to the British film industry recognizes Benedict Cumberbatch very well. But, hardly few know about Wanda Ventham’s daughter and Benedict Cumberbatch’s half-sister, Tracy Peacock.

Here are some details on Tracy, which you might find interesting.

Daughter Of Wanda Ventham From Her First Marriage

Aforementioned, Tracy Peacock is the daughter of Wanda Ventham from her first marriage with businessman James Tabernacle. Her parents, Wanda and James, exchanged their wedding vows in 1957 and welcomed her two years later in 1959. Tracy’s mom and dad lived happily under the same roof, raising her together for some years.

However, various marital issues invaded their happy married life, and eventually, Wanda and James separated in the early 1970s and divorced in 1974. Then 15-years old, Tracy lived with her mom after their divorce.

Wanda Ventham’s daughter, Tracy Peacock, was just thirteen years old when her mom met her step-father, Timothy, in Ireland while filming sequences for A Family At War in 1972. The two fell for one another and began dating soon after their first few meetings. Timothy and Wanda remained close virtually for two years and married in 1976.

As for Tracy’s dad, James Tabernacle, there are no updates about his life after separating from Wanda. We hope he also married another woman after the divorce and lives a peaceful life with his new wife and his kids.

Was Happy With Her Mom’s Second Marriage

Wanda Ventham’s daughter, Tracy Peacock, had no objection when her mother moved on with another man and married him. As mentioned earlier, she was only thirteen when Wanda and Timothy met. So, Tracy had been mature enough to realize that there was no happy relationship between her dad and mom. According to Wanda, her daughter never took sides, although she leaned towards her. Wanda thinks that because Tracey used to live with her, and that was where Tracey’s security and continuity had come from.

At the time, Wanda married her second husband, Timothy Carlton, Tracey Peacock had been in school. She took leave from school to attend her mom and step-dad’s wedding ceremony. Tracey was very happy when her mom walked down the aisle with the person she loved. Her only objection at the marriage was her mom’s choice of a wedding outfit-jeans, held up by braces.

The beautiful daughter of Wanda Ventham, Tracey had been delighted when her half-brother, Benedict Cumberbatch, arrived in 1976.

Shares A Great Bond With Her Half-brother

Although Tracey Peacock Tabernacle and Benedict Cumberbatch had different fathers, they shared a great bond since the birth of Benedict. Tracey always played the role of a responsible and caring big sister. In return, Benedict also relied upon her whenever he needed some help or has to share his secrets.

Benedict Cumberbatch’s half-sister, Tracey Peacock, knew well about his likes, dislikes, and love life too. In 2012, after Benedict’s split from fashion designer girlfriend Anna Jones, Tracey went to the media to search for a matching girl for him. She told the media that one of her brother’s regrets was that he had not found someone to settle down with. Tracey preferred to have someone not engaged in the acting profession and who felt happy to hold the fort while her brother pursued his career.

As an elder sister usually does, Tracy Peacock used to babysit her only brother, Benedict Cumberbatch. While talking to British GQ magazine, Cumberbatch revealed that Tracy was not the best babysitter, but she tried.

One time, Tracy accidentally left her baby brother, Benedict crying on a roof. She thought doing so would help him calm down. However, a while later, Tracy forgot about him and was busy with her friends in the kitchen. Suddenly, she saw the snow falling through the window and remembered that her brother was on the roof. When Tracy reached the roof, Benedict had already turned blue. So, she thawed him out on a radiator until their parents came home.

But, with time Tracy became good with kids and even welcomed a daughter of her own named Emily Peacock. However, the details of Emily and her father are still a mystery to the public, who yearn to know about Tracy’s personal and professional life. What we know is that Tracy previously worked as a picture frame restorer and enjoyed a blissful life with her family in Wiltshire.

Everything was going all well when the news of Tracy’s demise started making headlines. Following that, Sherlock’s star paid a heartfelt tribute to his elder half-sibling, Tracy, in which he revealed that Tracy was battling cancer. What people found more shocking than her death was that she had been fighting cancer for seven years and not a single soul except her family and close ones knew about her struggles.

The heartbroken brother also praised his talented sister and revealed that Peacock’s death had left him and his family devastated. Furthermore, her daughter Emily must be grieving her mother’s death. While her family and close friends are in mourning, the rest of the world is also saddened by her untimely death.

Nonetheless, we hope Benedict and his family find solace in these difficult times and that their wounds heal over time.

The feminine name Tracy came from the Irish word ‘treasach,’ which means war-like or fighter.