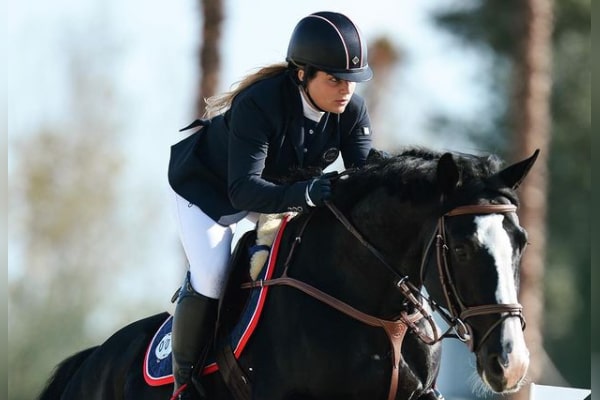 Sofia Abramovich is recognized as the daughter of the Russian billionaire and  Roman Abramovich. The 23-year-old is the third eldest in the family and has six other siblings. Sofia is nowhere close to becoming the heir of the Russian Oligarch’s fortunes, but she sure knows how to spend money.

The sister of six has been living a lavish lifestyle along with her family and friends. In that order, let us look at Roman Abramovich’s daughter’s personal life.

Born on April 2nd, 1995, to Roman Abramovich and his ex-wife and Irina Malandina, Sofia’s fame was sealed from birth. The Chelsea FC owner and the Russian stewardess also gave birth to four other children making Sofia Abramovich their third born.

In 2007, Sofia Abramovich’s parents divorced for undisclosed reasons. Supported and funded by her father, she would continue living with her mother. The billionaire would later marry American-Russian businesswoman Darya “Dasha” Alexandrovna Zhukova, and their relationship would last for ten years.

Sister To Six Others

Out of all the siblings, the firstborn son Arkadiy Abramovich is the most favorite to become the heir to their business typhoon dad’s “Roman Empire.”

Roman Abramovich’s marriage with Dasha Zhukova would also give him two wonderful babies; Leah Lou Abramovich and Aaron Alexander Abramovich. The former Soviet soldier is a father of seven and is a busy man. As for the Royal Holloway graduate, in total, she has five siblings and two half-siblings.

With all the fame and fortunes kept aside, Roman Abramovich’s daughter Sofia Abramovich is an animal lover. The 25-year-old is passionate about horseback riding and also is a professional equestrian representing her country in multiple events. She is also an accomplished showjumper.

Some of her competition glimpses were captured by an onlooker during the CS12 London.

The equestrian participated in the Longines Global Champions Tour in London and also in the show-jumping competition. The horseback rider has been touring a lot of places, and her Instagram is flooded with it.

According to the Fédération Équestre Internationale, Roman Abramovich’s thirdborn has had 3 wins out of 154 starts.

Sticking with her social media, Sofia has a bunch of horses and also a couple of Ponies. The Wessex residence is highly attached to her horses, often spending time in their stables also tending them.

The stand-out horses from her collection are Bugsy and Rainbow, estimated to cost around a whopping $500,000. A lot of dogs also surround the equestrian.

Once Worked As An Intern

Daddy’s little girl might be spending money here and there, but the Royal Holloway graduate worked as an intern for 2 months in Nike. Sofia Abramovich was a marketing intern from July till August of 2017.

The professional equestrian might have relied on her father for financial requirements, but her work as an intern shows that she is more than just Papa’s little girl. Chelsea FC’s long-term deal with Nike that became official in 2016 might have been a reason why the A-Level student opted there as an intern.

Roman Abramovich’s daughter Sofia Abramovich is enjoying the rich kid life. Her father is not afraid to splash the cash and has only given the best to his daughter.

The natural blonde is keen on drinking champagnes and traveling to lavish places. Her wardrobe consists of some of the finest works from designers Roberto Cavalli and Missoni. Sofia, who did A-Levels, would only gather mainstream media attention after throwing her 18th birthday party.

The event was hosted in the nightclub, Under the Bridge, at Chelsea Stamford Bridge ground. Teen pop bands like Scouting for Girls and McBusted performed live with a crowd of over 500 guests. And while Roman Abramovich’s ex-wife was present in the event, he was not.

Dating back to her schooling days, Roman Abramovich’s kid traveled by helicopter and always had a chauffeur around. Currently, Sofia drives around in a bulletproof Range Rover and was constantly surrounded by bodyguards while attending university.

Though the Chelsea owner’s daughter enjoys showing off her lavish lifestyle on her social media, she has been a victim of harassment. Groups of trolls commented on her weight and targeted her body.

Sofia Abramovich would eventually get the final laugh as she overcame the situation by focusing on a healthy lifestyle. Nowadays, she looks stunning and often posts pictures of her in a swimsuit.

And along with pictures of herself, Sofia Abramovich is also conscious of what is happening around the world. During the ongoing Russian invasion of Ukraine, Sofia reportedly shared an anti-Putin message on her Instagram. On the other hand, her dad, Roman, has remained silent regarding the matter which has led to many questioning him.

Megan Jane Ramsay is the firstborn of British celebrity chef Gordon Ramsay. Sofia and Megan have been friends for a long time and are very close. Their family statures might be the reason why they met in the first place.

Nonetheless, both these celebrity kids enjoy each other’s company and go on vacations together.

As Sofia is currently doing her bachelor’s, she has all the time she needs to decide what she wants to do. Roman Abramovich’s daughter can either pursue a different field or carry on with her career as an equestrian, but one thing is for sure the Oligarch always has her back.

We wish the very best to Sofia Abramovich for the upcoming days regardless of her father, Roman Abramovich facing turmoil with Chelse FC’s decision to join the European Super League.

Sofia also spelled Sophia, is a girl name of Greek origin with the meaning “wisdom.”