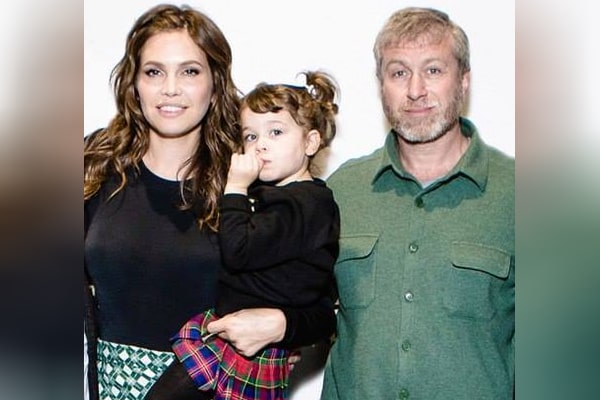 Roman Abramovich‘s daughter Leah Lou Abramovich is his youngest born. The Russian Oligarch has a total of seven children and has married thrice. Young Leah is Roman’s kid from his third marriage with the Russian-American businesswoman and art collector, Darya “Dasha” Alexandrovna Zhukova.

The billionaire’s little princess is just 8 years old and is yet to discover her likes and dislikes. Below, let us look at Dasha Zhukova’s daughter Leah Lou Abramovich and get a better understanding of her.

As mentioned above, the youngest born is the second child of Roman Abramovich and Dasha Zhukova. The Russian-Israeli business tycoon falls in the list of Forbes’s top 100 richest people, and Dasha is the founder of Garage Museum of Contemporary Arts.

In 2017, Leah’s parents legally separated for reasons undisclosed after nine years of togetherness. They still are on good terms and take equal responsibility for their youngest born. Born on the 8th of April, 2013, Dasha Zhukova’s daughter Leah has an elder brother named Aaron Alexander Abramovich.

There is a mutual understanding between the Chelsea FC owner and the 39-year-old philanthropist regarding Leah’s custody.

The Youngest Out Of The Seven Of Roman Abramovich’s Children

Roman Abramovich’s eldest daughter Anna Abramovich and Leah Abramovich have an age difference of almost 21 years. Aside from Anna, the youngest of the Millhouse LLC’s owner has five other siblings.

Like the Columbia University graduate, the 54-year-old has four other children from his marriage with his second wife, Irina Vyacheslavovna Malandina. The former Aeroflot Stewardess is the mother of Arkadiy Abramovich, Sofia Abramovich, Arina Abramovich and Ilya Abramovich. Out of all of them, it is Arkadiy, the young entrepreneur who is most likely to be the heir of Roman Abramovich’s fortunes.

In total, Leah Lou Abramovich has five half-siblings and one full sibling, Aaron Alexander Abramovich, who is 12 years old.

Roman Abramovich’s daughter Leah might be his youngest born but enjoys spending more time with her mother. The 8-year-old is currently living with the magazine editor in Manhattan, New York, where most of her business operates.

Despite being born in America, the little one is very fluent in Russian, courtesy of her mother. The mother-daughter duo often share videos of them fooling around and spending quality moments.

Unlike her brother Aaron who enjoys the Stamford Bridge vibe, Dasha Zhukova’s daughter, Leah enjoys discovering new things alongside her mother. Dasha’s little one can be seen playing hide & seek and other interactive games rather than clinging to televisions or mobile games.

After dating a few high-profile personalities, Stavros Niarchos III  finally tied the knot with Dasha Zhukova in 2019. The multi-billion shipping tycoon is not only known for his wealth but also for being Aaron and Leah’s stepfather.

Although Leah’s biological father is far from her, Stavros Niarchos III lately has always been there to fill in the fatherly love department.

Another Half-Sibling On The Way?

Roman Abramovich’s ex-wife and Leah’s mother, Dasha is said to be expecting a child with her husband, Stavros Niarchos III. Leah Lou Abramovich already has 6 siblings and will be glad to welcome another half-sibling to the family.

The creative director of New Holland Island already has two beautiful and wonderful children with the Chelsea FC owner. The marriage might have just lasted for 10 years, but enough to show how much of a loving mother Dasha Zhukova is.

The couple who married in 2019 with grand fashion was thrilled when they officially made the special announcement in December of 2020. Leah and her brother Aaron are already living alongside their mother & stepfather and are excited for the newcomer.

Despite the recent European Super League scandal where Roman Abramovich participated actively, the former Soviet soldier has always provided for his little princess Leah Lou Abramovich. We wish the best to Leah for the days to come and for her career. She could either be a wild child like some of other Roman Abramovich’s children, or she can follow in her mother’s footsteps. Only time shall tell.

The name Leah is a girl name of Hebrew origin with the meaning “weary.”