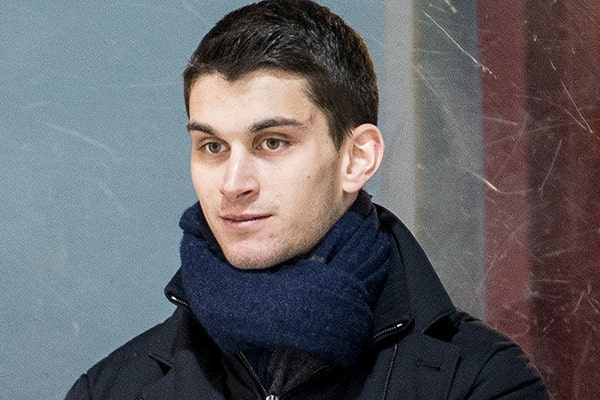 Arkadiy Abramovich is the owner of ARA Capital and co-owns Chelsea FC. Image Source: Russia Beyond.

Roman Abramovich‘s son Arkadiy Abramovich might not be his eldest child but is his first son. Born on the 17th of September 1993, Arkadiy is the rightful heir to the Russian Oligarch fortunes.

Once deemed the second richest person in the United Kingdom, the billionaire has passed not only his genes but also his business mind to his son. Arkadiy is always improving and expanding the Abramovich empire, making him the rightful and the most deserving heir.

Below, let us try to understand who Arkadiy Abramovich is with the available minimal details.

Diving straight into unfortunate topics, Arkadiy Abramovich’s parents are divorced. The second born of Roman Abramovich and Irina Vyacheslavovna Malandina have in total four other children together. The powerful Russian business magnet and the former Aeroflot Stewardess parted ways in 2007 for reasons that remain undisclosed.

The four siblings also have their own interests, and Arkadiy is following in his father’s footsteps.

Arkadiy Abramovich’s fathers’ marriage with Dasha would give him two other children: Aaron Alexander Abramovich & Leah Lou Abramovich. In total, Arkadiy has six siblings; four of them his own and two half-siblings.

Roman Abramovich’s child, Arkadiy Abramovich is the founder of ARA Capital which deals with investments and is associated with major companies listed on the London Stock Exchange.

The company’s main asset is the Zoltav Resources PLC, which goes by ticker ZOL in the stock exchange. Through ARA, the industrialist bought 26% of the stake in Crosby Asset Management.

It was widely reported in 2010 that the ARA Capital owner made a bid for the Danish soccer team, FC Copenhagen; however, it did not materialize.

The owner of the private investment company did not have luck in acquiring the Danish soccer team but is a co-owner of Chelsea FC alongside his father. Roman’s first son has played a key role in the recent rebuilding of the London-based club, mainly by handling the finances.

In recent, Roman Abramovich was the first owner to pull his club out of the controversial plans for the European Super League. The 54-year-old might be the center of attention regarding the turmoil concerning Chelsea FC but wouldn’t have made it through without the help of his son.

Arkadiy shows a promising and productive life for Chelsea FC, making their fans know they are in safe hands. Well, Arkadiy Abramovich’s future in Chelsea seems to be bleak amidst the Russia-Ukraine crisis. His father handed the stewardship and care of the club to the trustees of its charitable foundations and has stepped away from the day-to-day operations.

It is unclear what Arkadiy’s role in the club will be now. Nonetheless, whatever he pursues in the coming days will undoubtedly be successful.

As someone who is not afraid to splash the cash, Roman Abramovich is not only getting help from his son in Chelsea FC but also in his other ventures. Aside from that, the 27-year-old has already established himself as a major business player by following in his father’s footsteps.

Roman Abramovich’s son Arkadiy Abramovich in 2013 worked as an intern in VTB bank, a Russian company in London. He would later purchase a stake in an oil field in Siberia. It cost him around $46 million, which the Chelsea FC co-owner had funneled through his company ARA capital.

Already a part of the oil industry, the brother of five would acquire the entire Royal Atlantic Energy in 2014. The following year Arkadiy would establish a company called “Greenhouse,” which focuses on vegetable farming.

A gentle reminder, the above-mentioned are all of Arkadiy Abramovich’s sole businesses not related to his billionaire father.

Net Worth Of USD 180 Million

Unlike his father, who runs in style, owning multiple private jets and yachts with 40 personal bodyguards, Arkadiy is very discreet. The business typhoon Arkadiy Abramovich’s net worth is estimated to be $180 Million, according to The Famous People.

Dissimilar to his other siblings, who enjoy living the rich kid life, Arkadiy has a very secretive nature. He owns a mansion in America and a couple of houses all over Europe.

As previously mentioned, Arkadiy Abramovich has the birthright as the heir for the Russian Oligarch’s fortune. On the other hand, the first son is also engaged in making his own empire by stepping out of his father’s shadow.

We wish the best for the millionaire to prosper and grow as a business typhoon like his father. But more importantly, to be an example of someone who does not rely on their parent’s fortune to become someone great.

Arkadiy is primarily a boy name with Russian origin that means “Happy Land”.