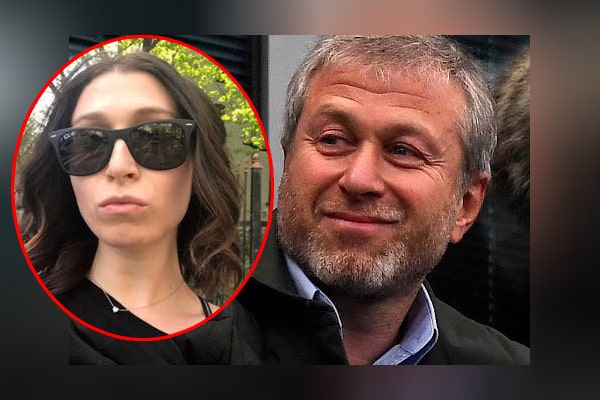 Anna Abramovich is the eldest born of the Israeli-Russian billionaire Roman Abramovich. The 29-year-old has had a privileged and lavish upbringing but has been out of mainstream attention in her later years.

Although she became known by becoming Roman Abramovich’s daughter, the philosophy graduate is more than that. Below we shall look into Anna Abramovich’s personal life and her characteristics to know her better.

The Firstborn of Roman Abramovich

Seven children and three marriages, Roman Abramovich, had the money to do it all. Anna Abramovich was born in 1992 from Roman Abramovich’s marriage with his now ex-wife Irina Vyacheslavovna Malandina.

After 16 years of togetherness, the pair parted ways. Anna lived and spent most of her time with her former Aeroflot Stewardness mother. Despite being the firstborn, the Columbia University graduate is not the heir to the Russian Oligarch’s fortune.

Anna Abramovich’s parents separated in 2007 for undisclosed reasons. As a result, Irina became a more religious person and won custody of her children.

The Eldest One To Six Others

Knowing that the Chelsea FC owner has seven children, he will always share a special bond with his firstborn. As mentioned above, Roman Abramovich married thrice, and he only had kids with his second and third wives.

Along with Anna, Roman Abramovich and Irina Malandina gave birth to Arkadiy Abramovich, Sofia Abramovich, Irina Abramovich and Ilya Abramovich. The second born and the first son, i.e., Arkadiy, had already established himself as an entrepreneur at a very young age, which led him to become the rightful heir to the fortunes of Millhouse LLC owner.

Roman Abramovich’s firstborn is 29 years old already and has been quite open regarding her love life. The philosophy graduate even gathered the most attention because of her engagement and love for parties.

In her late teens, Roman Abramovich’s daughter Anna was engaged. The eldest daughter was only 18 when she started flashing her diamond ring in high school.

A fellow Russian and a law student, Nikolai Lazarev was the lucky fiancé. The Moscow-born was a solicitor and was 27 years old during the time.

The happiness did not last for long as Anna Abramovich’s father was not pleased with the marriage. Although the Russian business magnate is quite spoken, he clarified his thoughts leading towards their marriage.

In Love With The Son Of Manchester United’s Legend

Shortly after breaking the engagement, Roman Abramovich’s kid Anna was rumored to be dating the British-American television personality Calum Best. The 40-year-old is not a new face in the ladies’ department as he is linked with numerous women.

The son of soccer legend George Best met Anna, 19, then on a social circuit in London. The rumored couples would often make appearances together in public.

According to Irish Daily Mirror, a friend of Calum stated –

“He’s really mad for her but she’s understandably keeping her guard up as she knows too well about Calum’s reputation with girls.”

As time went by, so did the rumors that surrounded them. Anna Abramovich and Calum Best are still friends and are on good terms.

From Lavish To Low-Key Lifestyle

Like her younger sister Sofia Abramovich, Anna was also considered a “wild child” who enjoyed throwing parties and her friend’s company. The once engaged Anna was gifted a $5.6 million starter house by her wealthy dad.

Roman Abramovich’s eldest daughter also traveled in a helicopter or a chauffeur-driven limo to her school. Anna would also attend many EDM concerts accompanied by her friends since EDM was on the rise during her era.

Anna stayed away from her lavish lifestyle and focused more on her growth after getting into Columbia University in New York. The 29-year-old even earned and paid for her Yoga classes rather than relying on her father.

Settled in New York, she graduated in 2020 with a degree in philosophy. Nowadays, you can see Anna Abramovich donating for various causes and sharing them through her networks.

Roman Abramovich’s daughter and eldest born Anna Abramovich may not be inheriting all his fortunes but has done well in her life by becoming independent. We also wish the very best to Anna for the days to come.

Well, despite Anna’s proclivity to privacy, the Abramovich family has been embroiled in controversy due to the Russia-Ukraine crisis. Anna Abramovich’s dad handed over the care and stewardship of Chelsea to the club’s charity organizations. However, he has not spoken out about the invasion of Ukraine by his home country which has many questioning him.

Despite this, we hope Anna is living her life to the fullest.

The name Anna is a girl name of Hebrew origin with the meaning gracious and merciful.