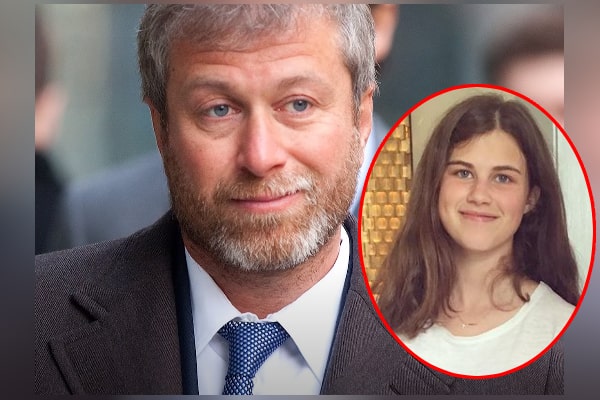 Arina Abramovich is the fourth child of the Russian Oligarch Roman Abramovich. The 20-year-old is very discreet regarding her overall life since we hardly see her on social media or public.

Though the Russian billionaire has six other children aside from Arina Abramovich, Roman is never away from his duties. Without any further ado, let us look at the very reserved Arina Abramovich and understand her better.

Daughter Of The Ex Power Couples

Roman Abramovich’s marriage with Irina Malandina blessed them with five beautiful children. Roman, a business typhoon, and his wife, a former Aeroflot Stewardess, would part ways in 2007 after 16 years of togetherness. The reason for their divorce remains undisclosed and has a lot of rumors surrounding it.

Though Arina’s parents are separated, she seems to enjoy her life the way it is. The 20-year-old’s mother was once even considered the most powerful blonde because of her Israeli-Russian billionaire husband.

Roman Abramovich’s daughter spends more time with her mother as he is a very busy business magnet. Irina Malandina may have won the custody of their children, but it is the Chelsea FC owner who financially supports them.

The gorgeous Arina is surrounded by her father’s fame and wealth and also her siblings. As mentioned above, the Millhouse LLC owner’s marriage life with Irina Malandina saw them give birth to five children.

Like her elder sister, Sofia Abramovich, Arina is also into horseback riding. So much so she even competes professionally in many showjumping and equestrian championships.

Though a newcomer to the sport, Arina Abramovich has shown promising talents and excelled in them.

It is common to own a couple of horses being a professional horseback rider, but we are unsure whether the fourth child of Roman has her own stable like her elder sister. Arina Abramovich is not a wild child and is very conservative in nature which we shall discuss below.

The Russian powerhouse’s child owns only a few horses; Dino, Valkiry de Zance, Aldelaar Van Het Innerveld. But Arina’s most priced and important asset is Pringle, the horse that helped her win the International Horse Show at Olympia.

The former governor of Chukotka Autonomous Okrug splashed a reported $70,000 for the Roan Gelding.

Wants To Immigrate To Australia

Arina Abramovich, fresh out of her teenage life, wants to pursue her life in Australia. The daughter of the most powerful blonde has a high interest in zoology and there is no better place to pursue a career as a zoologist than Australia.

The professional horseback rider wants to legally migrate there and settle as it provides more privacy in her life and on her interests.

Roman Abramovich’s daughter Arina Abramovich is blessed with her own interests and talents that her parents always support. Though she is the daughter of a billionaire, the sister of six has been able to live happily out of the spotlight.

As mentioned above many times, Arina Abramovich is a very private person. The International Horse Show winner is barely seen in public and is not active on major social media platforms.

The fourth child in the Abramovich household isn’t seen posting pictures of her privileged and lavish lifestyle. There are very few pictures of her available, which shows the amount of privacy she can maintain despite being the daughter of one of the richest men in the world.

But once again, the Abramovich family is under the spotlight due to the Russia-Ukraine crisis. Due to Roman Abramovich being a Russian oligarch, he and his family have been under scrutiny in recent years. Moreover, Arina Abramovich’s dad has also not spoken up about Russia’s invasion of Ukraine which has many questioning him.

Well, we only wish the very best to Arina Abramovich and for her ahead journey in life. Hopefully, she shares more of herself in the days to come.

Arina is a girl name of Greek origin with the meaning ‘peace’.