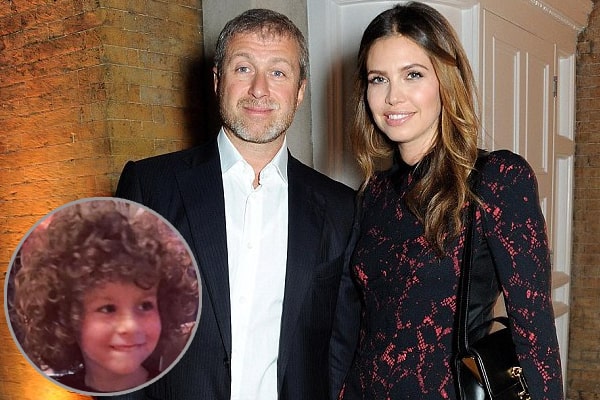 Roman Abramovich‘s son Aaron Alexander Abramovich is the Russian Oligarch’s sixth child and a regular face in Stamford Bridge. The 11-year-old might be the Chelsea FC owner’s sixth child but is the firstborn from his marriage with Dasha Zhukova.

The second youngest in the Abramovich family, Dasha Zhukova’s son, Aaron, has naturally curly hair, similar to David Luiz, a former Chelsea player. Although Aaron’s curly hair is not passed genetically, his passion for soccer is quite similar to his father. Below let us look into the sixth child’s lifestyle and available information to understand him better.

As mentioned earlier, Aaron Alexander Abramovich is the son and firstborn of Roman Abramovich and Dasha Zhukova. Though Aaron’s parents are separated, he is seen spending time with both of them. The reasons for the Russain-Israeli billionaire’s divorce from the philanthropist remains undisclosed.

After almost ten years of togetherness, the former love birds are still on good terms and co-own a couple of projects. Along with Aaron, the Russian couples are blessed with a beautiful daughter, i.e., Leah Lou Abramovich.

The former governor of Chukotka Autonomous Okrug so far has married thrice and is the father of seven children. Regarding Aaron Alexander Abramovich, his only full sibling is Leah Lou Abramovich, as mentioned above. Apart from Roman’s little princess, the 11-year-old has five other half-siblings.

Roman Abramovich’s eldest born Anna Abramovich, a Columbia University graduate, is from his second marriage to Irina Malandina. The former Aeroflot Stewardess might have gained notoriety as the most powerful blonde but also was a mother of five. Besides Anna, Roman’s relationship with his second wife blessed them with five children, i.e., Arkadiy Abramovich, Sofia Abramovich, Arina Abramovich, and Ilya Abramovich.

The most favorable heir to the Russian’s fortunes, also called the “Roman Empire,” is his eldest son Arkadiy Abramovich who has shown promising colors as a business tycoon. As for Dasha Zhukova’s son with Roman, he is too young to make career choices but will undoubtedly make his parents proud,

Named After His Parents’ Fathers

Born on the 3rd of December, 2009, Aaron’s parents surely put in the effort of naming their first child. Aaron was the Jewish name of the former Soviet soldier’s late father, who passed away in a construction accident. Roman Abramovich was just 4 when the tragedy fell upon him.

Has A Step Father

The Greek business magnate Stavros Niarchos III is known for his wealth and for dating high-profile personalities. The soon-to-be husband and wife were friends for a long time, only tying in the knot in 2019. The multi-billion shipping tycoon’s marriage with Roman Abramovich’s ex-wife was held in the Kulm Hotel, Switzerland, with over 300 family members and guests present.

Although Aaron Alexander’s mother is paired with another billionaire, Stavros has been a proper father figure to Dasha Zhukova’s children from her previous marriage.

Both Aaron Alexander Abramovich and his sister Leah Lou Abramovich live with their mother in Manhattan, New York which has allowed the 36-year-old businessman to bond properly with his stepchildren.

Is Expecting Another Half-Sibling?

Roman Abramovich’s ex-wife and Aaron’s mother, Dasha, is expecting a child with her husband. In December of 2020, the couple announced the special news.

Aaron Alexander and his sister already have five half-siblings, but they sure have made enough room to fit in another, making the professional skater a father of three.

Regardless of the recent Europe Super League drama and Dasha’s marriage with Stavros III, Roman Abramovich is still the father of Aaron Alexander Abramovich. Nowadays, whenever the camera pans around the Chelsea FC owner during the soccer game, you can see him accompanied by a cute child.

Roman’s second-youngest might be a New York resident but always enjoys live soccer alongside his father. The 54-year-old would often bring him to the stadium wearing the Chelsea FC jersey. The soccer fans adore not only the game but also curly-haired Aaron whenever he is present.

Dasha Zhukova’s son Aaron Alexander Abramovich is still young and has a lot of time to discover himself. Whether he follows his father’s footsteps or build up other interest, the 11-year-old will always have his parents’ support.

Well, even though Aaron Alexander is the cutest supporter of Chelsea, his father has been under scrutiny because of the Russia-Ukraine crisis. The billionaire handed over the stewardship and care of Chelsea to the club’s charity organizations. He seems to have taken a back seat in running the English soccer club and now Aaron might not be in attendance for many Chelsea matches.

Nonetheless, we wish the very best for the young one with his journey in life ahead.

Aaron is a boy name of Hebrew origin with the meaning exalted and strong.