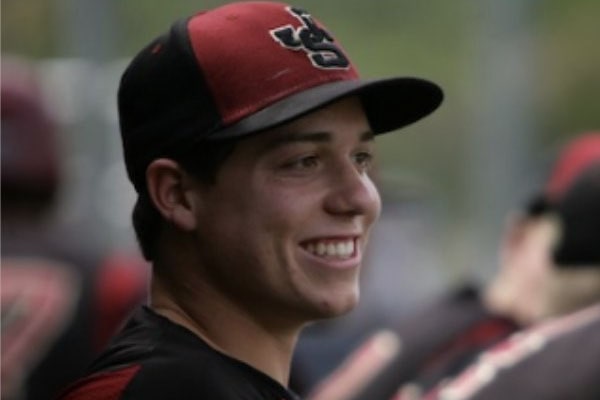 Scott Boras is a familiar name to sports fans and those who are in the sports field. He is an American sports agent focusing on baseball. The former baseball player Boras is currently the president and owner of Newport Beach-based baseball agency Boras Corporation. His agency represents over 150 professional baseball clients, and in 2019, his clients’ contracts reached more than $1 billion. For Boras’s decades-long contribution in sports, Forbes magazine has named him the ‘Most Powerful Sports Agent in the World’ since 2013.

The multimillionaire sports agent Scott Boras is a committed family man. He married his girlfriend, Jeanette Boras, in 1985. Since then, the pair are enjoying their marital life free of any rumors of having marital issues. Scott is a father of three grown-up kids, one daughter, and two sons, with his wife, Jeanette. Here, please get to know some more about one of Scott Boras’s sons, Trent Boras, along with his professional career.

Trent Boras is the youngest son of former law practitioner Scott Boras and his beloved wife, Jeanette Boras. The Boras couple welcomed Trent on 26 May 1992 in Southern California. Despite being a son of a famous personality, he spent his childhood far from the media limelight. His parents always made sure to give him a normal life and let him live like an ordinary kid.

According to various online sources, Scott Boras’ son, Trent Boras, attended the Jserra Catholic High School. Then, he majored in business at the University of Southern California. Later, he joined Loyola Law School in California in 2018 to have a law degree like his dad. Soon, Trent will be earning his Juris Doctorate. Although he has not been a certified lawyer yet, he might be helping his dad’s Boras sports agency in its legal works.

Trent Boras has two elder siblings, a sister and a brother. His elder sister, Natalie Boras, is currently in the modeling industry and also assists his dad’s agency in social media. Similarly, Trent’s older brother, Shane Boras, is in the finance and corporate management section at Boras Corporation.

Inherited Sports Skills From His Dad

Scott Boras’ son, Trent Boras, inherited sports skills from his dad since his early childhood. As mentioned by Scott in some rare interviews, Trent plays baseball better than him. He began taking part in sports activities from his school days. While attending JSerra Catholic High School, Trent joined its baseball team and won numerous titles during his high school years. Trent won a three-year letter, was named Most Improved Player, received the Charley Hustle Award, and earned Dean List honors during his high school.

Soon after Scott Boras’ son, Trent Boras completed his high school; the Milwaukee Brewers drafted him in the 30th round of the baseball draft in 2011. After that, he joined the USC Trojans in 2012 and appeared in six matches during his freshman season. Trent made his collegiate debut as a pinch hitter and drew a walk. He finished his first season against Akron with two walks.

However, it is not known if he plays baseball in the present also or not. If he is still playing, we might probably get to see another Boras shining out in the sports industry soon. We wish Trent all the best for whichever career path he has chosen in the present.

Looking through his career, it is clear that the youngest Boras family member is a great catch. But unfortunately, Scott Boras’ son, Trent Boras, is not single at the moment. According to Trent’s Facebook page, he is engaged to Haleigh Cummings. Boras proposed to his love, Cummings, with an engagement ring on 1 January 2019.

It seems like his sister, Natalie, Trent, is also not in a rush to get married. Probably, he is also waiting for a perfect time to walk down the aisle with his girl and planning for his big day. We wish him all the best for his upcoming days with his soon-to-be wife, Haleigh Cummings.

Trent is a boy name originated in Britain, which means someone who lived by the river Trent.