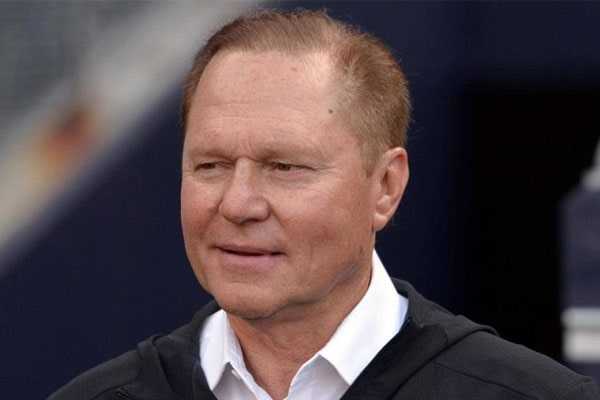 Scott Boras is a well-recognized face in the field of American Sports. He is a sports agent who specializes in baseball. Boras is listed as the ‘Most Powerful Sports Agent’ in the World’ by Forbes magazine since 2013. Besides being a successful legal representative for baseball, Boras is also the founder, owner, and president of a Newport Beach, California-based sports agency, Boras Corporation. His sports agency roughly represents 180 professional baseball clients. In 2019, the contracts signed by his baseball clients totaled over $1 billion in December.

Despite being a famous figure, the celebrity sports agent, Scott Boras, has succeeded in keeping most of the part of his personal life entirely away from the media reach. Still, we have accumulated some hidden facts about Jeanette Boras, Scott Boras’ wife, since the mid-1980s. So, stay with us through this whole article to know them all.

Married To Scott Boras For More Than Three Decades

Scott Boras is in the American Sports Industry since the early 1980s. Though he is a dairy farmer’s son, he made his mind to be a successful sportsperson when he was growing up since his childhood days. And with his unbreakable dedication and commitment to sports, he finally succeeded in achieving his dream to be a top sports personality. But like most celebrities worldwide, Scott Boras never let his fame affect his family life. As a result, he kept the details about his marriage with Jeanette Boras far from public reach. What we know is that the two took their wedding vows on 29 June 1985.

According to The NewportBeach Mag, Scott Boras’ wife, Jeanette, met him by chance at the John Wayne Airport in 1982 while he was on a business trip. Boras immediately fell in love with Jeanette and convinced her to go on a date with him.

When Jeanette and Scott met, Scott had just completed his Juris Doctor degree from the University of Pacific’s McGeorge School of Law. His career as a baseball agent began only a year after he met his love, Jeanette Boras. The two married after dating for three long years and only when Scott’s financial status started being stable. As for the former Southern California native Jeanette, her profession is still a mystery for the public.

It has been more than three decades since Jeanette is in a marital relationship with Scott Boras. But their love for one another is still the same. Whenever Scott gets free time from his work, he takes his wife, Jeanette, for a movie or a show at the nearest theater, followed by a dinner date. Most of the time, they are just as content in their own backyard.

Scott Boras’ wife, Jeanette Boras, is a proud momma to three talented kids, daughter Natalie Boras and sons Shane Boras and Trent Boras. All the three kids of Jeanette Boras with her long-time husband, Scott Boras, are graduates of the University of Southern California.

Jeanette’s eldest son, Shane, and Trent are also following their father’s footsteps in the sports industry. They are active baseball players. Similarly, Jeanette and Scott Boras’ daughter, Natalie, is in the modeling industry. She is married to Luke Morris.

Like Jeanette and Scott, their kids also prefer to live their life peacefully away from the excess media scrutiny. As a result, they rarely show themselves off in the paparazzi with their famous dad. Nevertheless, we hope Jeanette is enjoying her life as Scott Boras’s wife and the mother of his three kids blissfully far from the paparazzi. Being the wife of a multi-millionaire, she might be living a lavish life filled with luxury far from media scrutiny.