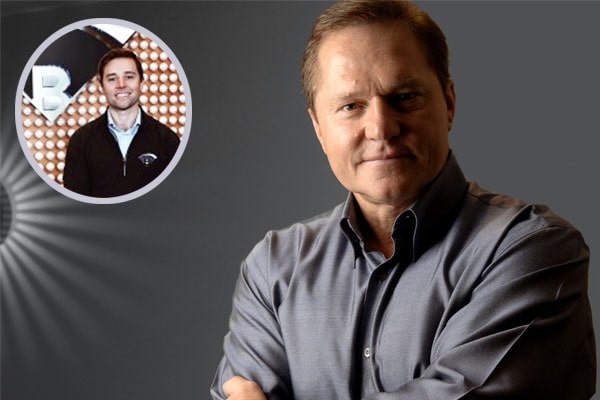 Scott Boras is one of the most-recognized sports agent of America, specializing in baseball. He started his career in the American sports industry as a baseball player. After playing for various notorious baseball teams, Boras began his career as a sports agent. Though he is a Juris Doctorate degree holder from the University of the Pacific’s McGeorge School of Law, he decided to pursue a career as an agent. So, he founded his own baseball-only sports agency, Boras Corporation. His sports agency is currently one of the world’s powerful sports agencies that focus on MLB players. According to Forbes, Boras Corporation managed $3.2 billion worth of contracts in 2020.

American sports agent, Scott Boras, is a devoted family man. He is in a marital relationship with Jeanette Boras since 1985 and a proud dad to three grown-up kids with her. Here, in this article, learn some unrevealed facts about one of Scott Boras’ sons, Shane Boras, including his professional achievements.

Shane Boras is the eldest son of the famous sports personality Scott Boras, with his long-time wife, Jeanette Boras. The Boras couple gave birth to their son, Shane Boras, on 24 November 1989 in Southern California. He has an elder sister, Natalie Boras, born a year earlier than him on 5 July 1988. Similarly, his younger brother, Trent Boras, joined the family in 1992. Both of his siblings are active members of his family agency, Boras Corporation.

Scott Boras’ son, Shane Boras, completed high school at Junipero Serra High School in San Juan Capistrano, California. Similarly, he attended the University of Southern California from 2008 to 2013, where he graduated with a Bachelor of Applied Science with a major in Real State Development. Also, Shane earned his Master’s degree in Business Administration, Management, and Operations from the same university.

Played Baseball During His Tenure In High School And College

Like many other kids, Scott Boras’ son, Shane Boras, also inherited his father’s baseball skills. Being a son of a skilled player and agent, it was not hard for him to learn baseball’s tricks and techniques. So, with constant assistance from his father, Shane began playing baseball since his early childhood. Growing up, he played for his high school and college baseball teams and helped his team to win numerous titles and awards.

Shane was a four-year varsity letter winner at his high school. He played for coach Brett Kay and earned All-Trinity League honors in his freshman and senior seasons. Well, the St. Louis Cardinals drafted him in the 35th round of the 2008 major league baseball draft.

During his tenure in the USC, the Oakland Athletics, referred to as A’s, picked Shane up in the 39th round of the MLB draft. Since then, there are no records of Scott Boras’ son, Shane Boras, drafted by any other baseball team. So, it is still a mystery if he continues to play baseball in the present or not.

Works At His Father’s Boras Corporation

As mentioned earlier, Shane Boras’ father, Scott Boras, owns a baseball-based sports agency in Newport Beach, California. According to Shane’s LinkedIn profile, he is currently serving as an MLBPA certified agent at his dad’s corporation. Shane joined his father’s company in December 2013.

Before joining Boras Corporation, Shane Boras was a student research assistant at Lennar Multi-family Investors, LLC. LMI is a real estate investment company focused on growing a geographically diverse portfolio of rental properties. Also, he served as a research assistant for three months at Personal Management Consultants while he was a student at USC.

For now, Shane works full time at his family sports agency, Boras Corporation, and helps in finance and corporate management. Besides, he has also experience working as a creating friendships volunteer at Best Buddies California.

Besides his professional career, Scott Boras’ son, Shane Boras has not shared much about his personal life. He is also not active on any social media platforms so photos of him are a little hard to procure. Nevertheless, we hope Boras is living his best life surrounded by his family and friends.

Shane is an Irish-origin boy name which means God is gracious.