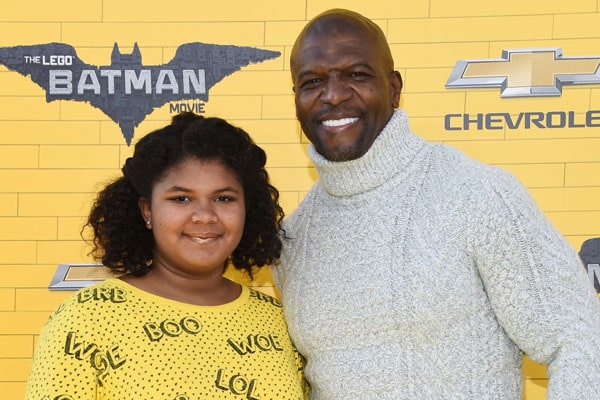 The former NFL footballer who found success in everything he did, whether acting or hosting a show, Terry Crews has made a fame out of his hard work. The talented actor fell in love with Rebecca King-Crews and married her in 1990. They have five children together in which a daughter was adopted from Rebecca’s past marriage.

Among the five children, Terry Crews’ daughter Wynfrey Crews was born in 2004. Let’s know more about her.

Wynfrey Crews has a big family, and they surely know how to enjoy themselves. The Crews family even had their reality show. They also have made many public appearances in movie premieres and TV shows. As for the youngest daughter, 16-years-old Wynfrey has appeared in many public events with her father Terry, mother Rebecca, and siblings.

We can see that Terry’s baby girl Wynfrey always has a wonderful time with her family. She enjoys their company and has a very close relationship. The family is always together, celebrating each other’s happiness, and creating beautiful memories.

Wynfrey Crews’ parents, father Terry Crews, is a well-established actor, comedian, and former footballer, and mother Rebecca King-Crews is an actress and a singer. Both of her parents are in 30 years of their marital relationship and are still going strong. The celebrity parents also give a lot of attention to the family despite their busy schedules.

Wynfrey spends a lot of precious time with her Brooklyn Nine-Nine star dad Terry and Destiny singer mom Rebecca. We can assume that having such a cool dad, Wynfrey must have a lot of fun with him. Papa Terry has shared many family videos on his YouTube channel too.

We can see that Wynfrey is very close with her father and does many fun things together. We hope they keep on splurging on beautiful vacations and bond together.

Wynfrey has many siblings, elder sisters Azriel, Naomi, Tera, and younger brother Isaiah. Despite having age differences, the siblings are close to each other. Wynfrey, being the youngest sister, knows her ways to be playful with her sisters. Along with her family, the lovely Wynfrey has traveled a lot and been to many places including Shanghai.

We can see that Terry Crews’ daughter, Wynfrey Crews keeps on having lovely times with her family and create loads of memories. We hope she follows her dreams and grows up happy and healthy.

The name Wynfrey is of English origin, meaning joy.