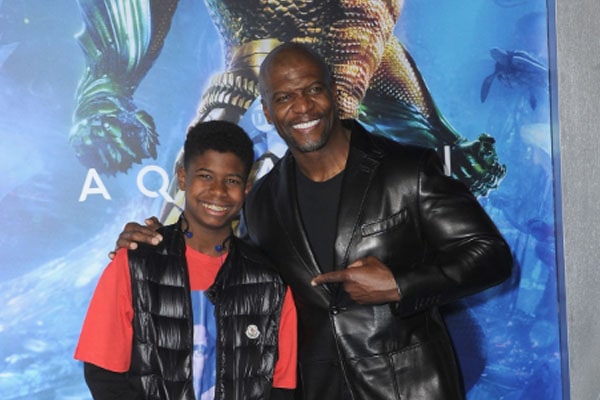 The Brooklyn Nine-Nine star Terry Crews, who has reformed his career from his former NFL footballer stardom, has been hitting the trending list for his great acting, hosting shows, and an excellent relationship with his wife, Rebecca King-Crews. They married back in 1990 after dating for a while. The couple has been blessed with five children, Azriel Crews, Naomi Burton-Crews, Tera Crews, Wynfrey Crews, and Isaiah Crews. Among them, Naomi is Rebecca’s daughter from her past relationship with Charles Burton.

Terry Crews’ son Isaiah Crews is the youngest one in the Crews family who was born in 2007. Let’s discover more about him.

Isaiah Crews has a lovely family consisting of his celebrity parents and four other siblings. The family bond was beautifully shot in the reality show The Family Crews. The family members are always having fun together and show love and care for each other. Isaiah, on the other hand, being the youngest one, is the bundle of happiness and prince of his family.

We can see that Isaiah Crews has an excellent relationship with his family members. The whole family is filled with happiness and shows great communication with each other.

Isaiah Crews’ father, Terry Crews is an actor well known for Brooklyn Nine-Nine, a talent show host and many more posts stored up his sleeves. He also has a YouTube channel where he shares workout, motivation, behind-the-scenes, and family vlogs. Terry is not only a terrific entertainer but a wonderful father too. He has a bright personality that can make anyone smile. And Isaiah has got his father’s smile.

The father-son duo has a lovely bond and tend to do many fun things together. We can also see that Isaiah has a bright personality like his father and enjoys spending time with him.

Has A Supportive Mother

The mother of bright Isaiah, Rebecca King-Crews, is an actress known for The Family Crews, Blueberry, so on. She is also a musician and creates her singles. Rebecca has always been known for being a perfect couple with Terry Crews. Well, they sure do have an adorable relationship.  And her kids are the memoir of the beautiful relationship.

Mother Rebecca is always there to support son Isaiah, showering him with overflowing love and care. Isaiah is also expressive of the support he gets from his mom. The mother-son duo is on the same par as a father-son duo. Don’t you all think so?

We wish the best for Isaiah and his future.

The name Isaiah is of Hebrew origin, meaning “YAHWEH is salvation.”