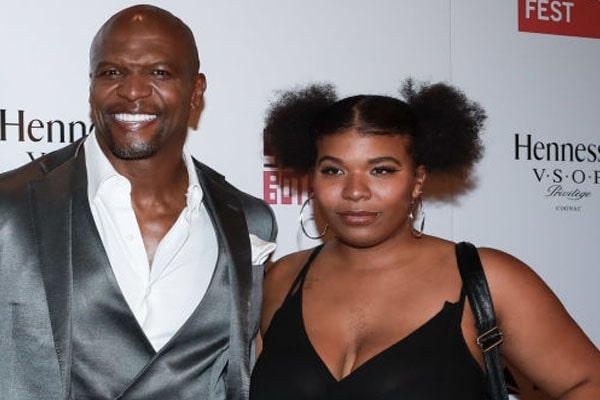 A young love, where the boy was almost friend zoned by the girl for being too sweet. However, they found eternal love and are in 29 years of marriage. Yes, it’s about the talented actor Terry Crews and singer Rebecca King-Crews, who have been married since 1990. Five children have blessed the lovely couple, daughters Azriel Crews, Naomi Burton-Crews, Tera Crews, and Wynfrey Crews and the youngest son Isaiah Crews.

Among all the kids, Terry Crews’ daughter Tera Crews is a 1999-year born beauty. Let’s know more about her.

Terry Crews’ daughter Tera Crews is the third born one among the five siblings, Azriel, Naomi, Wynfrey, and Isaiah. The Crews family is very close to each other, celebrate festivals spend a lot of time together. The bond was, therefore, visible in their reality show as well.  And Father Terry is always showing off his special time with his adorable family on his Instagram. Mother Rebecca too!

Superdad Terry also shares candid moments of his family on his YouTube channel. We can see that the whole family is attached with full of love for each other. Tera enjoys her lovely family company and can’t seem to get enough of it.

Tera Crews’ father, Terry Crews, is a well- established actor known for Brooklyn Nine-Nine, is also a talent show host, and former NFL footballer. He grew up in a strict household, uphold under beliefs; however, he still made a name of himself in the Entertainment industry. He made his Hollywood dream come true. Also, in spite of already entering his 50s, Terry Crews still looks dashing, a muscle maniac.

We can see that Tera has an extraordinary bond with her father, Terry. She has made many appearances with her father in public events. We hope the love between father-daughter duo always remains forever.

Tera Crews’ mother Rebecca King-Crews, is known by her stage name Regina Madre and singles like Destiny and I keep(Holding On). The talented mother’s singing melody must have sprinkled on Tera, as her Instagram bio illustrates her as actress/ singer-songwriter.

Terry Crews’ daughter, Tera Crews, has grown up to be a stunning woman. We wish that she achieves her dreams and we will soon see her on TV.

The name Tera is of Latin and Greek origin, meaning earth.