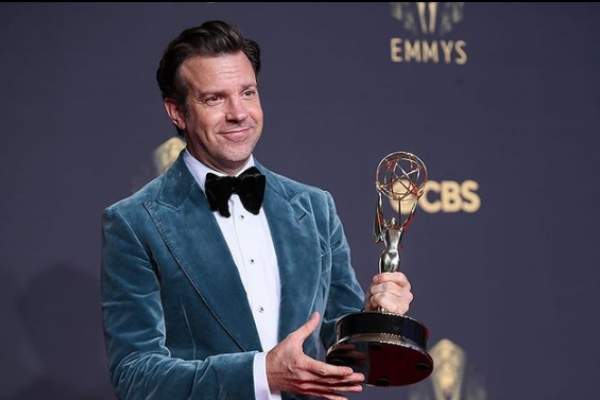 Daniel Jason Sudeikis, widely known as Jason Sudeikis, was born on 18th September 1975, in Fairfax, Virginia. In addition to playing Red in the animated comedy The Angry Birds Movie, Sudeikis is also recognized for his roles in the movies Horrible Bosses, Hall Pass, We’re the Millers, Horrible Bosses 2, Sleeping with Other People, Mother’s Day, Masterminds, The Book of Love, and Colossal.

One of the most prominent internet searches has been for Jason Sudeikis and especially his family. Since many people are curious about the personal lives of their favorite celebrities, follow this post to learn more about Jason Sudeikis’ parents.

Who are Jason Sudeikis’ Parents?

Jason grew up in a family of five, as he has two other siblings. Jason Sudeikis’ parents are Daniel Joseph Sudeikis and Kathryn Sudeikis (née Wendt). He grew up with two younger sisters, Lindsay Sudeikis and Kristin Sudeikis. In addition, his mother is of German and Irish origin, and his father is of Irish and Lithuanian ethnicity.

The famous excellent star must have made his parents proud of his acting career as he is famous and has made a good reputation in Hollywood with his acting and comedy skills.

What Are Jason’s Parents Doing?

As mentioned earlier, Jason Sudeikis’ father is Daniel Joseph Sudeikis. Daniel held the position of vice president for business development. He used to be responsible for overseeing the business and formulating business improvement strategies.

On the other hand, Jason Sudeikis’ mom loves to travel and currently works as the vice president of corporate relations for Acendas Vacation Travel. She attended Regis University and received a Bachelor of Arts in Liberal Arts and Sciences. Mrs. Sudeikis’s previous role was the American Society of Travel Agents (ASTA) president.

Kathy has been working in the traveling sector for over a decade and has arranged travel for a roster of celebrity clientele. For her excellent work in the sector, Jason’s mama was inducted into the ASTA Hall of Fame in September 2010. In addition, she used to represent ASTA in CBS This Morning and The Today Show.

Jason Sudeikis’ mom comes from an Irish Catholic family. She was born as the eldest child of Loretta Mary Howard and George Robert Wendt. She grew up with her seven siblings. Kathryn Sudeikis’ brother, George Wendt, was born after her and is an actor by profession.

Kathryn Sudeikis’ father introduced her to Broadway and the Opera, and her mother, who could have been a professional comedy writer, raised a family. When only Kathryn and her brother were there, the Wendt family traveled a lot. Kathy studied theater, and she spent her junior year in Rome. That was the time when she got the chance to travel to several places.

Additionally, Kathy’s university took her on trips to Istanbul, Beirut, Jerusalem, and Cairo, including Moscow and Leningrad, which made her fall in love with traveling. Jason Sudeikis’ mom, Kathy Sudeikis‘ first job was at Foremost Travel in Chicago, and her job was to stamp brochures. Despite a minimum wage, she paid for her college degree.

In October 2010, when Travel Agent Magazine(TAM) decided to focus its coverage on breast cancer awareness, they looked no further than their vice president Kathy, Jason’s mother. According to TAM, Kathryn struggled with the disease at the beginning of 2006.

Around the Christmas week of 2005, Kathryn felt a cyst and a lump bigger than her thumb. Upon visiting the doctor, the cyst got removed. Unfortunately, when the biopsy was done, she discovered it was cancerous. She also became a part of a support group and underwent chemotherapy. After that, she underwent a mastectomy and \45 days of radiation treatment. She has been cancer-free since 2007.

Kathryn Sudeikis shared her story of cancer survival with us just weeks after she was inducted into ASTA’s Hall of Fame. By sharing her experience, Kathy hopes that others in the business facing a similar difficulty would gain insight. Her ability to overcome one of life’s most challenging obstacles is praiseworthy while attempting to combine work and family life.

Overall, Jason Sudeikis’ parents are very proud of him and his achievements. We wish them the best and hope they have a prosperous life ahead.