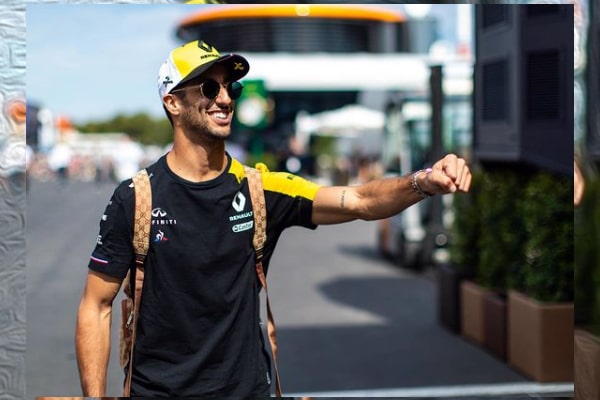 Daniel Ricciardo is an Italian-Australian racing driver currently competing in Formula One under the Australian flag for McLaren. Born as Daniel Joseph Ricciardo, he debuted at the 2011 British Grand Prix with the HRT team. He later joined Toro Rosso in 2012 and was promoted to Red Bull as a replacement for the retired Mark Webber alongside Sebastian Vettel.

Daniel Ricciardo, besides making a name in the racing world, also hails from an intellectual family. Therefore, here, we shall talk about Daniel Ricciardo’s father, Joe Ricciardo, and his whereabouts.

According to Driver Db, Joe entered two races in the 1980 Australian Sports Sedan Championship riding for Alfa Romeo. Likewise, he also raced in March 73B (Ford BDA) at 1981 Formula Pacific Australia, and in 1982, he raced in Macon at the Australian Driver’s championship.

Luckily, Joe entered three races in 2014 and secured 19th position with 23 points. Additionally, he came at 16th position at the 2015 Hawthorn Trophy with HWN F1. He entered five races in 2015 altogether.

Also, Joe entered five races in 2016 and 6 races in 2017. Furthermore, Joe Ricciardo’s son, Daniel Ricciardo, confessed that he is a better driver than the racer himself.

Daniel Ricciardo’s father, Joe Ricciardo, aka  Giuseppe “Joe” Ricciardo, is an average family man. However, the internet has birthed a new debate regarding Daniel coming from a wealthy family.

According to a Reddit post, Daniel Ricciardo’s dad is not the founder of GR & JR Engineering company as his Wikipedia page describes. Neither does Joe have a large car collection. Furthermore, the Reddit user assures that he is from Perth and knows the star racer’s family.

Moreover, Reddit reads that the Ricciardo family is very down to earth and an example of ‘middle-class hard-working Australians.’ The post concludes that Daniel Ricciardo comes from a very normal Perth suburban family who has made large sacrifices for their son to be at F1.

Regardless of where Daniel Ricciardo’s father started from, the family is doing well, thanks to his victories & success.

Daniel Joseph Ricciardo’s father, Joe Ricciardo, is very private about his life. However, he has been married to his wife, Grace Ricciardo, for a long time.

The Ricciardo pair welcomed two kids, a son, Daniel, and a daughter, Michelle Ricciardo. Furthermore, Joe Ricciardo became a role model for both his kids, who grew up to pursue their passion.

As mentioned earlier, Daniel admits that his father is a better driver than him. Also, it was Joe who introduced The Honey Badger to the motorsports when he raced at the Barbagallo Raceway.

Furthermore, the stars’ dad is very proud of him, and he has known it. However, he also acknowledged that Joe tried to downplay it but notices how much it means to him.

Moreover, Daniel often shares pictures of his father with warm captions. Well, the Ricciardo father-son duo has an undeniable bond and often celebrates their success together. Although Daniel Ricciardo’s father, Joe Ricciardo, prefers to stay far from the spotlight, he is proud to see his baby boy shine.

Born in Italy, Joe has amassed a considerable amount of fame and success in his life. Hence, he might be enjoying a chilled retired life. Let’s hope we’ll get to hear from him in the coming days.