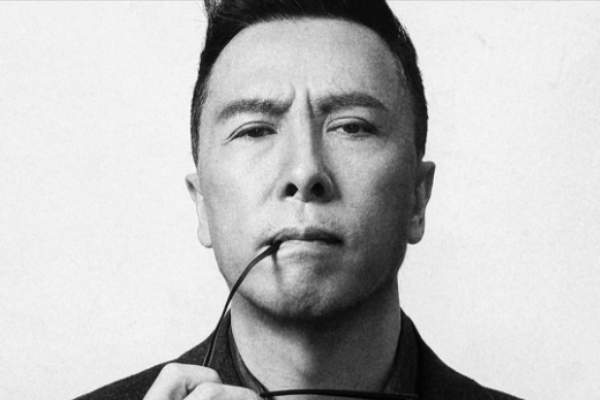 Did you know in the movie Come Back Home, the handsome actor played the role of a dad who left his young son on snowy mountains to teach him a lesson, only to find out his baby boy was gone? A dad in a real-life himself, Donnie is also a loving son to his dad and mom. So, to know more about Donnie Yen‘s parents, Klyster Yen and Bow-sim Mark, follow along and continue reading this article.

The famous actor was born in Guangzhou, China, to Kylster Yen, his father, and Bow-sim Mark, his mother. Additionally, Donnie Yen’s father was a newspaper editor and an amateur pianist, and his mother is a renowned Wushu and Tai Chi master. Furthermore, as of 2018, Donnie’s old man worked as the editor of a Chinese daily paper in Boston named Sing Tao. His mama ran the globally popular Chinese Wushu Research Institute in Boston.

Besides having a famous actor son, Kylster and Bow-sim have a famous actress daughter, Chris Yen. The couple welcomed her in Hong Kong on August 4, 1974. The duo first relocated to Hong Kong when their son was two years old. Then, the pair moved to Boston, Massachusetts, when their baby boy was eleven, and their daughter was just a year old.

Donnie Yen’s Mother Is A Grandmaster

Moreover, most of you are unaware of the fact that Donnie’s mother is a grandmaster in martial arts, and yes, this is not a joke. Bow-Sim Mark, Donnie’s mother, is a Tai Chi grandmaster and has bagged many accomplishments and accolades to her name. Born and raised in Guangzhou, China, she started training Wushu while she was in high school and specialized in Tai Chi and Northern Shaolin.

Donnie Yen’s mom was a private student of the Great Grandmaster Fu Wing Way. She participated in the 1984 Wuhan City International Tai Chi Chuan Tournament and earned the gold medal. In 1995, she was named Kung-Fu artist of the year by Black Belt magazine.

In July 1976, she established the Chinese Wushu Research Institute. Donnie’s mom became one of the first people who introduced Wushu to the West as her school was the first Chinese ‘Wushu’ school. She had emigrated to Boston in 1975 after teaching at her master’s school for a decade.

Struggled As One Of The First Gen Immigrants

Donnie’s mother also struggled to leave the country as local authorities rejected her application many times. In 1973, Bow-Sim finally completed the exit formalities and reunited with her family in Hong Kong, where her son and husband were residing. Then they moved to the USA after the birth of their daughter.

It is popularly known that whites are used to bullying people who aren’t their race. Hence, it is unsurprising that Donnie’s dad and mom struggled as Asian immigrants.  Furthermore, facing personal struggle, economic contribution, racial discrimination, and discriminatory legislation targeting Asian people, it must not have been easy for Donnie’s parents to settle in the USA.

However, unfortunately, neither Donnie nor his family members have spilled tea regarding Asian hate towards them. So we must wait for them to speak out regarding this matter.

Overall, Donnie Yen’s Parents, Klyster Yen and Bow-sim Mark, seem to live a peaceful and comfortable life surrounded by loved ones. We hope them the best for the future and hope they spill the beans about their life more.