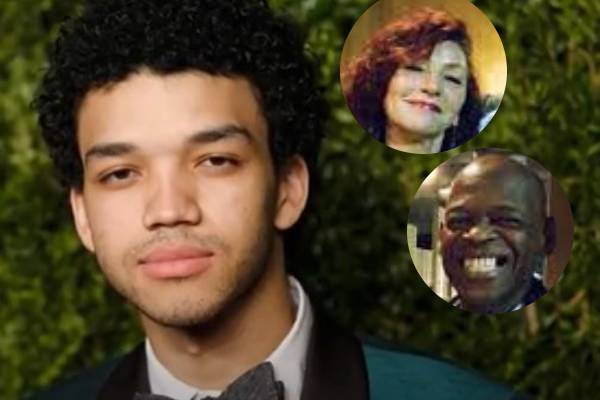 Justice Smith, born Justice Elio Smith, is an actor from Anaheim, California, USA. He came into the limelight because of his role as Franklin Webb in the 2018 science fiction movie Jurassic World: Fallen Kingdom. Apart from that, he has acted in several films and television series, which have helped him establish as one of the prominent actors in Hollywood.

So, who are the proud parents of All the Bright Places actor, Justice Smith? In this article, let’s find out about Justice Smith’s parents and their whereabouts.

Justice, who has the surname Smith, used to be mistaken as Will Smith‘s son. As a result, people often questioned him about his relationship with Will, and he had to clarify that the Aladdin actor is not his dad.

Furthermore, Duilia and Wayne are of different ethnicity. Wayne is an African-American, while Juilia is of Italian and French-Canadian descent. Justice and his siblings must have grown up having a wonderful time.

While Justice Smith is making his way to the entertainment industry and has already gained considerable success. But a big question on everyone’s mind is from whom he inherited his acting skills. Also, who inspired him to follow his dream in Hollywood? Well, it was his parents, who were singers.

They used to perform in different shows, and Justice often accompanied them. And he used to absorb their lessons and vocal warm-ups. As per the actor himself, Smith’s parents were competitive singers. Whenever anyone could hit the highest note or whoever could sing the best, Justice’s dad used to congratulate.

In an interview with Vulture, Smith shared his experience growing up with two singer parents. Every time Justice sang in the car to a song that he liked, his mom used to comment about his singing. His mother often told him to breathe through his diaphragm and even questioned his tone.

As a result, Smith’s interest in singing decreased, and he pursued acting, which has now made him famous globally.

It can come as a surprise that Justice did not follow in his parents’ footsteps and instead pursued acting.

Is Supportive Of Their Kids’ Decision

While Juilia and Wayne were devoted singers, their child, Justice, chose a different path. But, they seem to be supportive of their son’s decision. Justice Smith’s parents often accompany him to several events. Furthermore, they must be proud of their kid’s achievements.

The parents of Justice Smith and his siblings have remained away from the media. However, they must be supportive of their kids’ individual decisions regarding their professional careers.

Juilia and Wayne must be doing great for themselves, away from the unnecessary media attention. Nevertheless, we hope to learn more about Justice Smith’s dad and mom in the coming days.