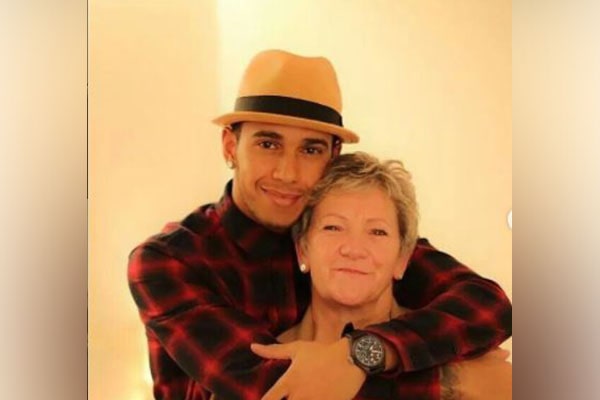 Born Lewis Carl Davidson Hamilton, Lewis Hamilton is a famous British racing driver, currently competing in F1 for Mercedes. Before driving for Mercedes, he used to drive for McLaren from 2007 to 2012. In his F1 career till now, he has won a joint record of seven World Drivers’ Championship titles. Plus, Hamilton is the first black driver to race in the F1.

The successful F1 racer is the only son of the former couple Anthony Hamilton and Carmen Larbalestier. Lewis’s parents divorced each other when he was just 2 years old. Although his dad has always been in the spotlight in his career (mostly during his younger days), his mother Carmen has also been a huge support for him and stood by his side, but away from the camera.

Was Previously Married to Anthony Hamilton

Carmen Larbalestier is famous as the mother of a famous F1 racer, Lewis Hamilton. Born in England, in 1955, she has been married twice in her life. She was married to Anthony Hamilton. However, the exact date of their marriage has not been revealed yet. Carmen gave birth to their son, Lewis, in January 1985, in Stevenage, Hertfordshire, England. Two years after his birth, Carmen and Anthony separated.

Following the separation, both of them moved on in their life. Anthony settled down with his current wife Linda Hamilton, with whom he has a son, Nicolas Hamilton. Similarly, Lewis’s mother got married to Raymond Lockhart, with whom she has two daughters.

Is The Mother Of Two Other Children

Aforementioned, Lewis Hamilton is the only child of Anthony Hamilton and Carmen Larbalestier. After Lewis’s parents got separated from each other, Carmen won the custody of Lewis until he was 12 years old.

Lewis stayed with his mother and his half-sisters Samantha Lockhart and Nicola Lockhart, from the second relationship. At the age of 12, Lewis moved out to stay with his dad, stepmother Linda Hamilton, and half-brother Nicolas Hamilton.

Has An Excellent Relationship With Her Son

Despite Lewis moved out to stay with his dad’s family, Carmen and Lewish have a great relationship. Although she prefers to stay away from the media and limelight, she has made public appearances at some races and events. At the Chinese Grand Prix in 2008, Carmen was spotted embracing her son and his stepmother Linda. Apart from this, Lewis’s mother also shared another hug with him after he won his fourth world title in Mexico.

Lewis also loves his mother and has immense respect for her. He has shared numerous pictures of his mama on his Instagram. In 2015, he organized a birthday party for his mom in London, where he got Jessie J to sing for her. Both the mother-son duo have a great relationship with each other. In many interviews, the F1 driver has mentioned his mother and father’s contribution to his success. Also, Hamilton’s birthday wish for Carmen shows the love and respect he has got for her.

Born in 1955, Lewis Hamilton’s mom, Carmen, is 66 years old now, and she seems to be in great health and is doing great for herself.

In 2022, Lewis revealed that he is changing his official name to add his mom’s maiden name. Carmen was born Carmen Larbalestier and changed her name to Carmen Lockhart after her second marriage.

The F1 champion even stated that he did not understand why women had to change their names after marriage. Lewis then revealed that he wanted her mother’s name tied to himself.

As stated earlier, Lewis Hamilton is a well-known name in the racing world. Hamilton, who began racing at a very young age, has now won seven World Drivers’ Championships. Hamilton’s dad, Anthony, is said to be the main reason he even got into racing. Carmen Larbalestier’s ex-husband, Anthony, served as his manager throughout his racing career until 2010. In 2010, two weeks before the Formula One tournament, Hamilton ruthlessly sacked his dad, Anthony.

Although Hamilton stated that the separation was done in mutual agreement, Anthony later revealed that Lewis sacked him because he wanted to be his own man. It is also rumored that Lewis’s relationship with his family has never been the same since he fired his father.

As stated earlier, Carmen Larbalestier has gained immense fame as Lewis Hamilton’s mother, one of the most successful racers in F1 history. Despite the immense fame that she has gained, she prefers a private life. However, she is also seen in some of the races and events to support her son. Other than that, she loves to remain away from the media and limelight.

Despite all the controversies, Carmen and Lewis have a good relationship. Lewis’s mother, Carmen, seems to be doing great for herself, and she lives a happy and comfortable life with her family.