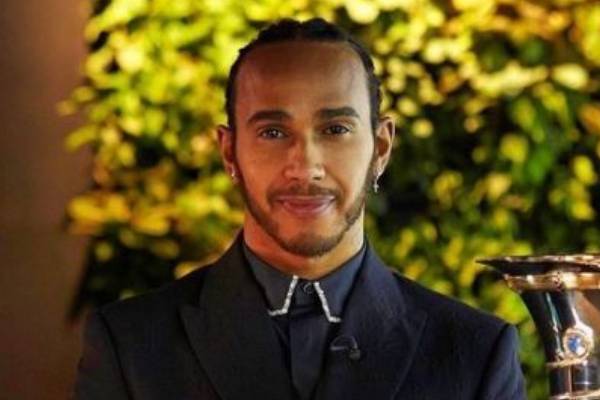 Sir Lewis Hamilton is regarded as one of the most successful race car drivers of his time. Hamilton has won seven World Drivers’ Championship titles and also holds the records for most pole positions, wins, and podium finishes. He currently drives for Mercedes and due to his exemplary racing career, he has gained immense fortune and worldwide prominence.

Because of his fame, many of his fans are curious to know about his personal life. While Hamilton is the only child of his parents, Carmen Larbalestier and Anthony Hamilton, his dad and mom have welcomed kids from their marriage with another partner. In this article, let’s learn about Lewis Hamilton’s half-sisters, Samantha Lockhart and Nicola Lockhart, and their whereabouts.

Samantha Lockhart and Nicola Lockhart are the famous race car driver, Lewis Hamilton’s maternal half-sisters. Their mom, Carmen Larbalestier, was previously married to Anthony Hamilton. Anthony and Carmen gave birth to Lewis, and when he was two years old, the couple separated.

Following the separation, Samantha and Nicola’s mom, Carmen, moved out and got married to their father, Raymond Lockhart. Carmen then gave birth to Samantha and Nicola. Until he was 12 years old, Hamilton lived with his mom and half-sisters.

One Of Lewis’ Half-Sisters Has Kids

While he has not revealed which sister’s kids they are, Lewis seems to have a great bond with the little ones. Nonetheless, in 2017, he received backlash from fans, and they forced him to apologize for ‘gender-shaming’ his nephew.

In a clip that he had shared on Instagram, Lewis slammed his nephew Aiden for wearing a pink and purple dress.

Aiden pointed his wand at Lewis and giggled at the camera. Fans were furious with his comments and slammed him for mocking his nephew. The driver later deleted the video and apologized for his behavior. On Twitter, he admitted that his previous post was a “lapse in judgment.” He added that he meant no harm and had zero intention to offend anyone.

Both Of Them Have Stayed Away From The Media

Although Lewis has gained immense fame because of his professional career, he is not that open when it comes to his personal life. He has shared minimal details about his personal life. Like him, his half-sisters are also very private. They have remained far from the spotlight and have not made any public appearances.

Moreover, Lewis Hamilton’s half-sisters, Samantha and Nicola, do not seem to have active social media accounts. Nevertheless, they must be doing good for themselves. Let’s hope we get to learn more about Samantha and Nicola in the coming days.

Samantha and Nicola Lockhart’s brother recently revealed that he was going to include their mother, Carmen’s maiden name in his official name. The 7-times world champion is in the process of adding Larbalestier to his name and has stated that winning his eighth title would mean the world to his family.

Lewis also stated that he didn’t understand the whole idea of a woman losing their name after getting married. He wants the Larbalestier name to continue on with the Hamilton name, therefore he is changing his own name.

Well, with this decision, it is evident that Lewis has a lot of respect for his mom and other women in his life including his sisters. Maybe, in the coming days, we will see Samantha Lockhart and Nicola Lockhart too adopting their mom’s maiden name.