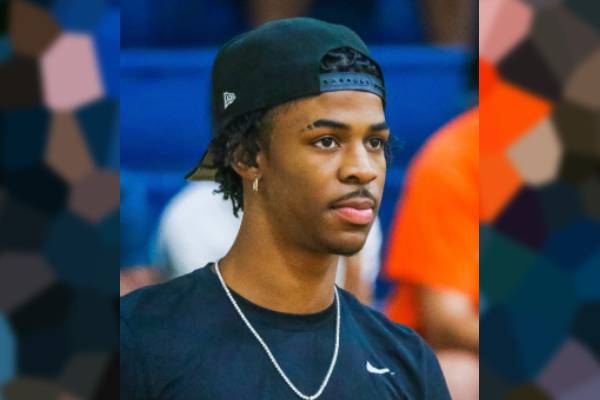 Both Ja Morant's mother and father were athletes during their high school and college days. Image Source: Wikimedia Commons.

Ja Morant is a professional basketball player whose position is a point guard. Born Temetrius Jamel Morant, he plays for the Memphis Grizzlies team of the NBA. The 22-year-old played for Murray State University during his college days and later was drafted into the NBA. He earned the NBA Rookie of the Year honor in 2020 and was selected for the NBA All-Star Game in 2022.

Many might not know that the popular basketball star was born to two athletic parents. The fans of the talented celeb must be curious about his father and mother. So in this article, we will know more about Ja Morant’s parents.

Parents Of Two And Grandparents Of One

Ja was born to his mother, Jamie Morant, and his father, Tee Morant, on August 10, 1999. However, Ja Morant isn’t the only child his parents welcomed. The NBA star is an older brother to his sister, Teniya Morant.

The Grizzlies player’s little sister, Teniya’s birthdate hasn’t been disclosed, making it difficult to assume her age and the age difference between the Morant siblings. Anywho, she is also a basketball player and played for Hillcrest Middle School in Dalzell. She currently competes for the Houston varsity basketball team at Houston High School.

Furthermore, Tee and Jamie are grandparents to Ja’s adorable daughter, whom he had with his ex-girlfriend, KK Dixon. Ja Morant’s parents’ granddaughter is named Kaari Jaidyn Morant.

Both of the talented point guard’s parents were athletes when they were young students. Jamie played basketball, also as a point guard, when she was in high school. Moreover, Ja Morant’s mother played softball at her college as well.

Likewise, Tee too played basketball at high school; moreover, he was a high school teammate with the renowned former NBA star, Ray Allen. Furthermore, Ja Morant’s father continued playing the sport at his college, Claflin University, and played semi-professionally for a while.

After playing as a semi-professional, Tee considered playing pro basketball overseas. However, he abandoned his dreams and career in basketball once he found out Jamie was pregnant with Ja. The Grizzlies star’s dad chose to stay at home and became a barber instead.

Being born to two athletic parents, it wasn’t unnatural for Ja to pick up the sport his mom and dad used to play. Moreover, his father, Tee, was his trainer. The professional basketball player used to train with his old man in his backyard and learned step-back jump shots from him. Tee also bought tractor tires for his son to practice jumping with a soft landing.

Ja Morant’s dad was pretty harsh with his training. He showed his son tough love to prepare him for the future, all while putting him under huge pressure to be better. According to Morant, his old man’s message after his NBA Rookie of the Year win was, “Good job, you still suck.”

Ja Morant: “I love negative energy, it motivates me. My dad was my first hater.” pic.twitter.com/OtleId7DEZ

This doesn’t mean that the relationship between the father and son is strained. On the contrary, Tee can be the best buddy to his kid during difficult times.

Nonetheless, Ja Morant still credits his dad for all his success. He wouldn’t have made it to NBA if it wasn’t for his old man instilling a killing mindset in him. Now, Ja is able to turn the hate he gets into his drive. The NBA’s point guard says that he loves negative energy and that it motivates him.

Jamie Is A Huge Supporter Of Her Son

Jamie claims to be the biggest supporter of her son, Ja Morant. The NBA’s point guard compliments the encouragement his mother shows him and the sacrifices she has made for his sake.

Ja would proudly tell his mom about competing against older opponents when he was younger and was still training in his backyard. He would say, “I’m not worried about the big kids,” to his enthusiastic mother.

It seems both of Ja Morant’s parents are supportive of him in their own ways. Nevertheless, we wish all the very best to the NBA player and his whole family.