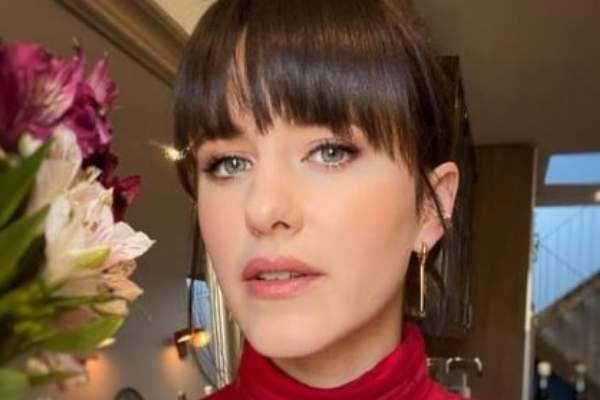 Rachel Brosnahan is a renowned actress of American nationality. She is known for her role as an aspiring stand-up comedian Mirian “Midge” Maisel, in the comedy series The Marvelous Mrs. Maisel. She has won several awards for her performance in the series and other roles. Rachel has been actively acting since 2007 and has made a good name for herself in the industry.

Rachel is one of the three children of her dad Earl Brosnahan and mom Carol Brosnahan. They must be proud of her achievements. Likewise, people are curious to know more about them. So, without further ado, let’s take a look at some of the information about Rachel Brosnahan’s parents and their whereabouts.

A Proud Parents Of Three

Earl F. Brosnahan III shares a blissful marital life with Carol Brosnahan. The couple has been married for several decades. In all these years of being happily married, Mr. and Mrs. Brosnahan have welcomed three kids together.

Carol Brosnahan and Earl Brosnahan’s daughter, Rachel Elizabeth Brosnahan, arrived on July 12, 1990. Upon her arrival, the Brosnahan couple entered parenthood for the first time. When their baby girl was four years old, the duo moved from Milwaukee to Highland Park.

Furthermore, Rachel Brosnahan’s parents also welcomed her two siblings. Lydia Brosnahan is her younger sister, and her little brother is Alec Brosnahan. Nevertheless, the family of five must have had a wonderful time.

The actress grew up in a family, whose hobby was sports. Rachel Brosnahan’s father worked in kid’s publishing, and her mom stayed home to raise her and her siblings. Carol and Earl’s daughter started acting in kindergarten plays.

The Marvelous Mrs. Maisel star revealed that when she told her parents about pursuing acting seriously, they were initially skeptical. Reminiscing the time she shared the news, Rachel revealed that her dad asked her to prove if she really wanted to do it. Likewise, during a phone interview, Rachel Brosnahan’s parents revealed that they did not know about her interest in performance until she was in Northwood Junior High School‘s musicals.

The actress’ parents were supportive but did not encourage her to focus on acting. Rachel Brosnahan’s mom described her as a very self-motivated girl. She further added that Rachel wanted to teach herself from the beginning, and she did it all on her own. They were just in the background, providing support.

Rachel is fortunate to have such a loving mom and dad who are extremely supportive of her career.

Also Read: Find Out If Alexander Skarsgard And Tuva Novotny Are Dating

As mentioned earlier, Rachel’s parents were skeptical when she told them about her career interest. They were supportive, and she has made them proud of her work. The name and fame that Brosnahan has earned must have made Carol and Earl immensely happy.

Rachel has shared one of the few instances in which she has shared her proud moments with her parents. A few days before House of Cards season 2 premiered, Carol’s daughter sent her a text message. She had sent a photo saying it was something they would appreciate. The photo was of a Time Square billboard promoting the show’s season and featured a big picture of hers.

Rachel Brosnahan’s mom replied to her text saying her journey from a little girl in middle school with a dream to be an actress to a billboard in Time Square. She ended the message by exclaiming Wow! It must have been a really blessed moment in the Brosnahan household.

Furthermore, after the Milwaukee native was nominated for a Golden Globe in 2018, her parents were very excited. However, her dad was a little disappointed because he heard the news from his assistant instead her. She further added that she would not probably be forgiven for that.

The Emmy-winning actress lives away from her house because of her career. She often flies between different cities for auditions, work, and even for family time. Rachel Brosnahan’s parents reside in Highland Park, the same house, where she grew up.

The fashion world can never forget one popular name, i.e., Kate Spade. Born Katherine Noel Valentine Brosnahan, she was a renowned fashion designer and entrepreneur who founded the designer brand, Kate Spade New York. Unfortunately, she passed away on June 5, 2018, and her death was ruled a suicide.

Rachel Brosnahan’s dad is brother of Kate. She was one of the six children of Earl Francis Brosnahan Jr. and Sandy Palmer Brosnahan. Furthermore, apart from Kate, Rachel Brosnahan’s uncles and aunties are Missy Brosnahan, Ann DiVita, Reta Saffo, and Eve Brosnahan Brisley. Unfortunately, her grandfather, Earl, has already passed away.

Rachel often shares pictures of her aunt Kate and expresses how much she misses her. As a family person, the actress shares a close knit bond with everyone. While Rachel Brosnahan’s mother and father have remained away from the limelight over the years, we hope they are in good health.

Hopefully, we will get to know more about Carol and Earl in the coming days. We wish them wonderful days ahead.