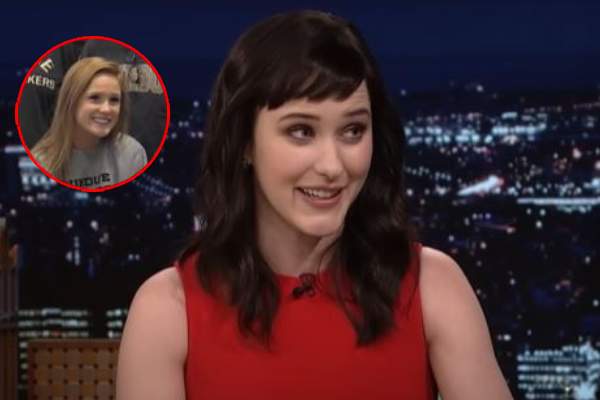 Rachel Brosnahan is a popular actress who came into the limelight from her role as Miriam “Midge” Maisel in the comedy series The Marvelous Mrs. Maisel. She has won several prestigious awards, including Emmy Award, Golden Globe Award, and others. She is also known for her performance in the House of Cards series, for which she earned an Emmy nomination.

Rachel comes from a supportive family. She grew up in Highland Park, Illinois, with her siblings. Many people are curious to know about her family members. So, we present you this article about Rachel Brosnahan’s sister, Lydia Brosnahan.

One Of The Three Kids Of Her Parents

Lydia was born on August 14, 1998, in Highland Park, Illinois, USA. She is one of the three children of her parents, Earl Brosnahan and Carol Brosnahan. Furthermore, Lydia grew up in her hometown with her sister Rachel, who is eight years older than her, and her brother Alec Brosnahan.

Lydia must have had a wonderful time growing up with her siblings, with whom she shares a close bond. Furthermore, she has dual citizenship in England and the USA. Lydia Brosnahan’s father is American, and her mom is a native of England.

The blonde beauty and her siblings grew up in a family whose hobby was sports. Furthermore, Lydia Brosnahan’s elder sister was on the lacrosse and wrestling teams. She also received a certificate in snowboarding instruction.

Like her, Rachel Brosnahan’s sister also grew up a sports enthusiast. She played soccer at high school, club, and later college. The junior Brosnahan attended Lake Forest Academy in suburban Chicago. She played in the school’s soccer team and was the team captain. Moreover, Lydia also played for the Eclipse Select Soccer Club.

Rachel’s little siblings helped the club team qualify for the 2014 ECNL national playoffs. After graduating high school, she signed her letter of intent to play soccer at Purdue University in March 2016. At Purdue, she played 12 matches and, as a defender, started three times. She also helped the team post a pair of shutouts.

In 2017, Ms. Brosnahan transferred to Miami University, where she started 16 matches on defense. She scored her first collegiate goal in overtime to top Central Michigan. She was also named MAC Defensive Player of the Week after she led MU to a couple of victories over Eastern and Central Michigan.

In the 2018 season, the Highland Park native started 15 out of 16 matches she played. She had a successful year, finishing third on the soccer team with two goals. It was the last season of her playing career.

Rachel Brosnahan’s Sister Is A Model

As many know, Lydia Brosnahan’s elder sibling, Rachel, has established herself as one of the famous actresses of her time. She has also done good work in the modeling industry.

Furthermore, like her, Rachel Brosnahan’s sister has ventured into the modeling world. Lydia, who graduated from Miami University in May 2020, has a Bachelor’s degree in Fashion Design and Merchandising Strategic Communications. From May 2017 to August 2017, she interned at Frances Valentine.

In February 2021, Lydia joined the Arquette East Model Management and has done several modeling gigs. She has been featured on magazine covers and has participated in several campaigns. She must be earning well from her modeling career.

Well, it remains a mystery if the 5′ 9″ tall model will ever try acting. But let’s hope we get to see her work on several projects and establish herself as one of the top fashion icons of all time.

Lydia and Rachel also share a lovely bond. In February 2022, she even made a surprise visit to the latter on the set of The Marvelous Mrs. Maisel in New York City. While the actress wore a light blue plaid coat and pillbox hat, her sister donned a black puffer coat with black Ugg boots.

Who Is Lydia Brosnahan’s Partner?

Despite being in the limelight, Rachel Brosnahan’s sibling has been living a private life. Her Instagram is private, and she rarely talks about her personal life. As she came into the spotlight because of her works, people are curious to know about her love life.

However, the Miami graduate has not shared many details about her dating status. As her Instagram is private, it has become even more challenging to learn the truth about her relationship. But, in one of her TikTok videos, she captioned the video saying she would be doing the dance steps until she could get her boyfriend to join. She did not say anything about who he was.

Thus, information about Lydia Brosnahan’s boyfriend remains scarce. But we hope she soon reveals more about herself and her partner in the coming days. May she always make her parents and siblings proud of her. We wish her delightful days ahead.