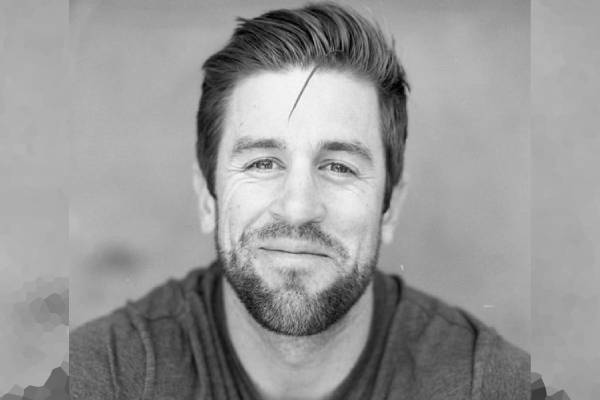 Aaron Rodgers is a football quarterback from California, USA who currently plays for the Green Bay Packers of the National Football League (NFL). During his college football career, he played for Butte College and then for the California Golden Bears of the University of California, Berkeley. The Packers selected him in the first round in the 2005 NFL Draft.

Aaron Rodgers is the middle child of his parents, Darla Leigh Pittman Rodgers and Edward Wesley Rodgers. His younger brother, Jordan Rodgers, is also a former football quarterback. But, what about his elder sibling? Many are curious about his older brother, Luke Rodgers, and his whereabouts.

The Oldest Of The Three Rodgers Brothers

As mentioned earlier, the American football quarterback player Aaron Rodgers has two siblings. Aaron’s brother, Luke Rodgers, is the eldest child of Darla Leigh Pittman Rodgers and Edward Wesley Rodgers. He was born in April 1982. As the eldest brother, he looked after his younger siblings.

Luke Rodgers’ younger brothers, Aaron and Jordan, are both football players and are doing great in their careers. Moreover, the Rodgers brothers are known for their feuds as Jordan and Aaron have been estranged since 2014. But Luke reportedly has a good relationship with both of them.

Despite the feuds, the Rodgers brothers are doing great in their life.

Aaron Rodgers’ brother, Luke Rodgers, is 19 months older than him. He went to Beaverton High School. After completing high school, he took the MCAT to go to med school. He went to California State University-Chico in 2000, studied Exercise physiology/ Pre-Medicine, and graduated in 2004.

Even though Luke got a Bachelor’s degree in exercise physiology, he did not feel happy pursuing a career in the field. Hence, in 2007, he attended San Diego State University-California State University, from where he graduated in 2009 with a Master’s degree in Business Administration.

After completing his Masters, Luke began working at several jobs and eventually founded his business ventures.

Has Work Experience At Different Companies

As mentioned earlier, Aaron Rodgers’ elder sibling, Luke, has worked at several jobs. After graduating, he worked at Walu International and as a consultant at Redline Aviation – MBA Culminating and Game Day Consulting. Then, he also worked as a bartender at Beachwood Bar and Grill.

Not only that, but Luke also appeared in Clean Break Season One on-camera talent. It is an extreme sport and adventure series of three strangers who explore Hawaii’s exotic locales with professional athletes. It includes skydiving, spearfishing, zip-lining, underwater rock running, and diving with sharks.

Similarly, Luke is also the creator or host of the Sports Related Podcast, which ran from June 2017 to May 2019. He hosted the podcast with his younger brother, Jordan Rodgers. In addition, he served as the Brand Ambassador at Uncle Nearest Tennessee Whiskey for six months in 2018.

Working at various companies and jobs must have helped Luke amass a significant income in his professional career. Thus, Luke Rodgers’ net worth must be a considerable sum. Talking about his brother, Aaron, his net worth is $120 million, as per Celebrity Net Worth.

While Luke was pursuing MBA, he began his first company, Pro Merch LLC, in August 2009. The company was MLBPA licensed, NFLPA licensed, and Major League Baseball Hall of Fame licensed. The company did really well, and its official partners were retired players like Devin Hester, Arian Foster, Mike Ditka, Johnny Unitas, Jack Tatum, and many others.

Luke’s company must have made a good sale, thus helping him earn significantly. However, the company eventually came to an end in June 2016.

After that, Aaron Rodgers’ older sibling worked as an NFL analyst at CBS Sports. He currently hosts the podcast Blurry Creatures Podcast with Nate Henry. They talk about finger creatures and find out answers to several perplexing questions.

Moreover, the podcast has also featured guests like L.A. Marzulli, Dr. Jeff Meldrum, Tim Alberino, Scott Walter, and many others.

Luke Rodgers seems to be doing great in his work and must be earning significantly.

Aaron Rodgers’ brother, Luke Rodgers, is not only succeeding in his professional career, but he also seems to be doing great in his love life. He shares a blissful marital life with Aimee Rodgers. Luke got engaged to his long-time girlfriend, Aimee Wathen, in July 2018.

A year later, in April 2019, the engaged duo tied the knot in front of their loved ones. However, Luke Rodgers’ brother, Aaron Rodgers, was not seen in any of the wedding pictures, while Jordan served as the best man. Thus, it is unclear if Aaron was at the wedding.

Luke and his wife, Aimee, often share several adorable pictures of themselves traveling around the country. They seem to be deeply in love with each other and do not shy away from sharing their affection via social media sites.

The Rodgers couple is yet to have babies, but they do have a dog named Pete. The duo even bought a home in Franklin, Tennessee, in June 2020.

Aaron Rodgers must be proud of Luke’s achievements. And we wish to see the Rodgers brothers together in the days to come. Furthermore, let’s hope Luke has a great life ahead.