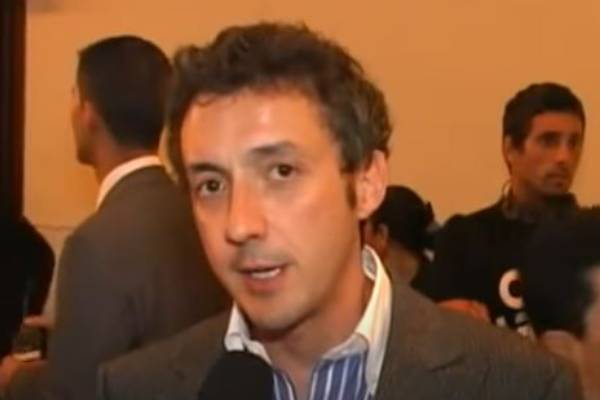 Ayrton Senna is one of the most unforgettable names in the motorsport world. He was the three times Formula One World Drivers’ Championship titleholder. He was regarded as one of the most talented and successful race car drivers of his time. Many drivers regard him as their idol.

Sadly, the legendary driver took his last breathe on May 1, 1994, after an accident in Italy’s San Marino Grand Prix. He is survived by his mom and siblings. However, his family members seem to be secretive when it comes to their personal life. Hence, let’s know about Ayrton Senna’s brother, Leonardo Senna, and his whereabouts.

Leonardo Is The Youngest One Of The Family

As stated earlier, the late World Champion racing driver is survived by his mom, a sister, and a brother. Ayrton Senna’s brother, Leonardo Senna da Silva, is the youngest child of his parents, Milton da Silva and Neide Senna da Silva, and was born on January 29, 1966. As the youngest kid, he must have been pampered really well by his dad, mom, and elder siblings.

Leonardo Senna’s sister, Viviane Senna da Silva, is the eldest of the Senna siblings, who was born on June 14, 1957. Then, his elder brother, Ayrton Senna, arrived on March 21, 1960. Leonardo and his siblings are from a rich Brazilian family. His dad was a businessman who was involved in a number of business ventures, including a car parts firm, a large cattle farm, and a soft drinks distribution company.

Leonardo grew up with his siblings and parents in São Paulo, Brazil. He must have had a wonderful time growing up together.

Everybody is familiar with Leonardo Senna’s brother Ayrton Senna. He was one of the most recognizable individuals in the racing world. Furthermore, the brothers grew up in a racing family. Seeing him achieve huge success in motorsports, Ayrton Senna’s brother might have also been interested in racing.

On the other hand, Leonardo’s sister graduated with a Bachelor’s degree in psychology. Viviane worked as a psychologist for a few years and then founded the Institute of Ayrton Senna, where she currently serves as the President. Moreover, it is not known if Leonardo is involved in the institute.

However, one of the sites has reported that Leonardo has significant control or influence over the trustees of the trust of Ayrton Senna Foundation Limited. Other than that, it is unknown what he does.

Is A Secretive Man

Ayrton Senna became known globally because of his spectacular racing records. Because of his name, his family members too came into the limelight. Therefore, many racing fans and people worldwide know who Leonardo Senna is. However, he seems to remain away from the media and spotlight.

After Leonardo’s brother passed away in 1994, he has not made much public appearance. Moreover, he has not posted much on his social media. He seems to prefer a private lifestyle without any unnecessary media attention.

In addition, Ayrton Senna’s brother has not talked about his love life. Leonardo has not revealed if he is single or married. But any girl who will become the other half of a handsome person like him will be immensely lucky.

Nevertheless, Leonardo must be in sound health and doing great for himself. So let’s hope he makes more appearances and talks about himself and his older brother’s legacy in the future.