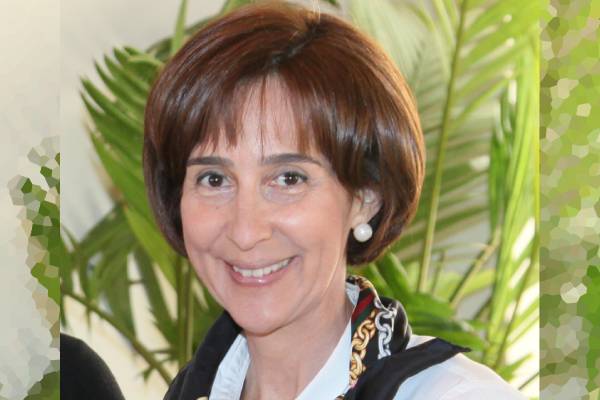 Motosport is one of the most popular and most-watched sports. Several racing drivers have made a good name for themselves in the motorsports world. Ayrton Senna was one of the legends of the racing world who had won several championship titles in his career. He had raced with different teams like McLaren, Williams, Lotus, and Toleman.

Sadly, the legendary racing driver passed away in May 1994 in an accident while racing at the 1994 San Marino Grand Prix. He is survived by his mom, Neide Senna da Silva, and two siblings, Viviane Senna, and Leonardo Senna. Many are curious to know what are the Senna family doing nowadays. Thus, in this article, let’s learn about Ayrton Senna’s sister and her whereabouts.

Viviane Is The Eldest Of The Senna Siblings

As mentioned earlier, the late race car driver is survived by his mom, a sister, and a brother. Ayrton Senna’s sister, Viviane Senna, is the eldest child of their parents Neide Senna da Silva and Milton da Silva. Viviane was born on June 14, 1957, in São Paulo, Brazil.

Three years after her birth, on March 21, 1960, Viviane Senna’s brother, Ayrton Senna, arrived. Their youngest sibling is Leonardo whom their parents welcomed on January 29, 1966. Viviane and her brothers grew up in a wealthy Brazilian family. Her dad was a businessman who ran his own car parts firm, a soft drinks distribution company, and a large cattle farm.

Viviane and her siblings grew up having a wonderful time together.

As the eldest child of her parents, Viviane Senna da Silva must have looked after her younger brothers. Ayrton Senna’s elder sibling attended the Pontificial Catholic University in São Paulo. Viviane graduated from the university with a degree in Psychology in 1979. She had specialized in Jungian psychology in the Sede Sapientiaes Institute of the university.

Moreover, Vivane was considered more studious than her brothers. After graduation, Ayrton’s sister began to work as a psychotherapist for children and adults. She also supervised qualification groups and the improvement of psychotherapists. She left her profession in 1994 after the death of her brother.

Viviane’s brother, Ayrton, had shared about his ambition to do something for the Brazilians, especially for youth and children. He had revealed his dream to her two months before passing away. She reinforced the dream and decided to carry it forward. In 1994, she founded the Ayrton Senna Institute.

The institute provides opportunities for Brazilian students in developing their potential through quality education. She currently serves as the president of the organization, which has become one of the largest non-profit institutions in Brazill supporting teachers and students with quality education.

Moreover, Viviane also manages the royalties of the Ayrton Senna brand. She must be doing great in her work and earning significantly. She has also been in two television series and three documentaries related to her brother Ayrton Senna.

Viviane Is A Doting Mother Of Two

Ayrton Senna’s sister, Viviane shared a blissful marital life with Flávio Lalli. However, information regarding when the couple tied the knot and how long they dated before getting married has not been revealed yet. Sadly, she lost her husband to a motorcycle accident in 1996.

Viviane and Flávio have three kids together. Her daughter Bianca Senna Lalli is the eldest whom they welcomed in 1980. She currently serves as the CEO of Senna Brands. Then, three years later, on October 15, 1983, Viviane’s son, Bruno Senna Lalli, was born. He currently races for Rebellion Racing in the FIA World Endurance Championship.

Viviane’s youngest child is Paula Senna Lalli, whom she gave birth in 1986. Paula is an artist and has showcased her art on her Instagram. All three kids of Viviane are doing great in their life. She must be proud of her children’s achievements.

Viviane Senna Lalli seems to be living a wonderful life and is doing great in her professional career. Nevertheless, let’s hope Ayrton Senna’s sister keeps doing good work for the people and becomes more successful. Plus, we hope to know more about her in the coming days.