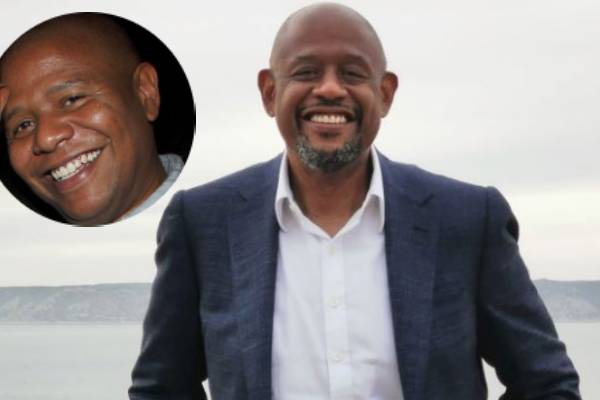 Kenn Whitaker is an American actor who is mainly known as the baby brother of famed actor Forest Whitaker. Kenn has taken minor roles in films like Most Wanted, Last Days, etc. He is one of the four kids of his parents, and both his brothers are well-known actors.

Many people have often mistaken Kenn because of his similar looks to Forest. The siblings have made a few red carpet appearances, and many have assumed that they were twins. Upon discovering about Kenn, many fans were surprised as they had previously mistaken him for Forest. Well, in this article, let’s try to clear some doubts regarding the Whitaker brothers.

Like him, Forest Whitaker‘s brother Kenn Whitaker was also involved in acting. Kenn made his acting debut in the 1997 movie, Most Wanted. He had the role of Bus Guard 2 in the film. Then, he appeared in other movies, and television series like Tracey Takes On, Bulworth, Party of Five, Life, The Theory of the Leisure Class, and Last Days.

However, since 2001, Kenn has not played any movies. He seems to be a secretive man and has not revealed anything about his personal life too. Moreover, he does not have any active social media accounts.

As they share a common interest in acting, many fans have thought them to be twins. So, are they really twins?

Are Kenn And Forest Twin Brothers?

Before making public appearances together, fans often mistook Kenn to be Forest. When they made a public appearance together for the first time, the whole media world and fans were blown away after knowing that the person they had thought to be one was two different people.

The fans tweeted about their surprise at knowing Forest and Kenn are two different people.

I’ve been confused my whole life.

However, many were confused with their similar looks, which made them think that Kenn and Forest were twins. As a result, fans often question if they are actually twins. Well, Forest and Kenn are not twins regardless of their similar looks.

Kenn is actually the second child of his parents and is two years younger than Forest. However, the brothers look insanely similar that fans mistook Kenn for Forest in the movie Life. This might clear the confusion of the fans regarding Kenn and Forest.

One Of The Four Kids Of Their Parents

The famous actor Forest Steven Whitaker is a renowned name in the entertainment industry. He is the eldest son of Laura Francis and Forest E. Whitaker. He has three younger siblings, a sister, and two brothers.

Forest Whitaker’s brother, Kenneth Dwayne Whitaker, is the second child of their parents, whom they welcomed on June 8, 1963. He grew up in Longview, Texas, with his parents, Forest, and two younger siblings.

Well, Kenn Whitaker’s other brother is Damon Whitaker. And the youngest Whitaker sibling is Deborah Whitaker. Kenn and his siblings grew up together, having a wonderful time.

Kenn and Forest must have a great relationship along with their other siblings. The three Whitaker brothers all have made a name for themselves in the acting field. Nevertheless, let’s hope we get to see all three of them on the same screen in the future.