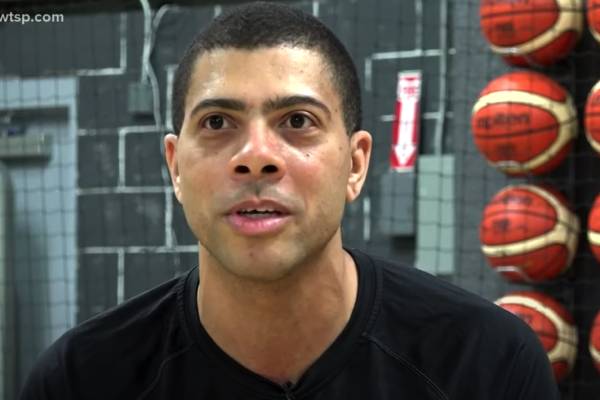 Marcus Parker is best known as the elder brother of professional WNBA player Candace Parker. He is one of the three children of their parents. His sister, Candace, is a popular WNBA player who has competed in different basketball leagues around the world.

With the increasing fame of his sister, Candace Parker, Marcus himself has also become a celebrity figure. Many people are curious to learn what he’s been up to these days. So, without further ado, let’s learn in detail about Candace Parker’s brother, Marcus Parker, and his whereabouts.

As stated earlier, Marcus Parker has gained immense fame and recognition as the elder brother of popular WNBA player Candace Parker. And along with Candace, Parker also has a brother, Anthony Parker, who is a former NBA player. Marcus’ parents, Larry Parker and Sara Parker, raised their three children in Naperville, Illinois.

Nevertheless, the Parker siblings had a great bond growing up and they are close to this day.

Candace Parker’s Brother Is A Doctor

Candace Parker’s eldest sibling, Marcus Parker, is a doctor by profession. He works as a radiologist in Tampa, Florida, and is affiliated with multiple hospitals like Bayfront Health Brooksville and Tyler Memorial Hospital. Apart from these two hospitals, he is also affiliated with James A. Haley Veterans’ Hospital.

Furthermore, Marcus Parker’s sister also posted a photo of him saying how proud she is of his achievement.

Moreover, Marcus received his medical degree from John Hopkins University School of Medicine. Plus, he has been in practice between 11-20 years. He seems to be doing great in his profession and might be earning significantly.

Is A Basketball Coach

Apart from being a radiologist, Candace Parker’s brother, Marcus is also a basketball coach. With a goal to provide the same opportunities that led his sister, Candace to become who she is today, Parker has been coaching several young girls. He started the Tampa Aces a few years back and coaches the team of girls in second through fifth grades.

In one of the interviews, the girls from the team mentioned that the program ran by Marcus polished their skills on the court and sharpened their discipline and critical thinking skills. The league also includes Marcus’s eldest daughter, Naomi Parker. And who knows, Candace’s daughter, Lailaa Nicole Williams might even join the team in the coming days.

Moreover, Marcus Parker’s sister, Candace is expecting her first kid with her wife, Anna Petrakova. So, it seems like Marcus has one more little one he can coach to bring more glory to the Parker name.

Marcus Parker’s dad, Larry Parker, is a former basketball player, and he might be the reason why Marcus and his siblings got interested in basketball. Apart from coaching, he also played basketball for some time.

Candace Parker’s elder brother, Marcus Parker, is a married man. He shares a blissful marital life with Glenda Parker, with whom he has three daughters. His eldest child, Naomi Parker, was born in 2007 and wants to become a professional basketball player like her aunt, Candace.

Moreover, details regarding Marcus Parker’s younger daughters including their names haven’t been revealed by the doctor and his wife.

As compared to his two other siblings, Marcus seems to be a private person. He does not have Instagram or Facebook account. Furthermore, he has not talked much about his personal life in the media. Nonetheless, he might be living a great life with his wife and kids.

Let’s hope that we will get to learn more about Candace Parker’s brother, Marcus Parker, in the coming days.