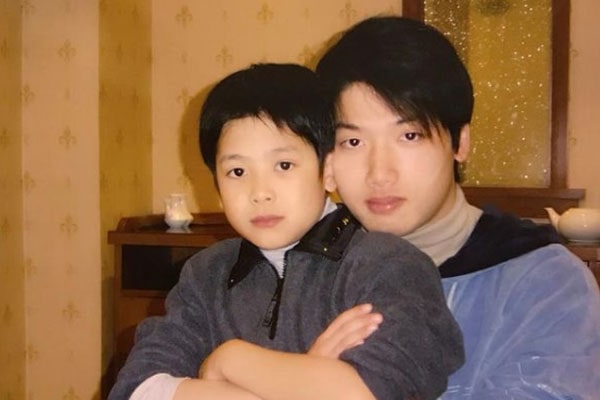 Jackson Wang is a world-known Hong Kong-born rapper and dancer, mainly known for being a member of the K-pop band, Got7. Though he started his career in the Korean Entertainment industry earlier, he rose to fame after joining Got7 in 2014 along with Mark Tuan, Park Jin-young, Jay B, and Kim Yugyeom. Besides being a rapper, Wang is also a T.V. host and has some acting credits to his name. Moreover, he is also the founder of the record label Team Wang and the lead designer of his fashion brand, Team Wang Design.

Jackson Wang is the youngest son of the former Chinese fencer, Wang Ruiji, and his long-time wife, Sophia Chow, aka Zhou Ping. He has an older brother who usually stays far from the media paparazzi. As a result, many people are curious to know more about him and his relationship with his famous sibling.

Here, let’s take a peek inside the life of Jackson Wang’s brother and know where he is now.

ALSO READ: Tom Ellis’ Twin Sister And His Other Siblings

The former Junior fencer, Jackson Wang’s brother, was born in Kowloon Tong, British Hong Kong. He grew up in Sha Tin District, New Territories but later moved to Australia for better career opportunities. He still lives in Australia and often visits his family in China. Reportedly, the oldest Wang brother is married and has a six years old daughter named Aimee Qianyu with his beloved wife.

As mentioned earlier, the only sibling of Jackson Wang prefers to keep his personal life far from the reach of possible media scrutiny resulting from his small brother’s stardom. So, most of his personal details, including his wife’s name, their marriage, and his profession, are still a mystery.

Nevertheless, going through the social media handles of Jackson Wang and his parents, it seems like Jackson shares a great bonding with both his brother and his sister-in-law. The ‘Pretty Please‘ singer often shares childhood pictures of him and his brother on his social media handles. Moreover, we can see the latest pictures of Jackson Wang’s brother and his beautiful wife on their mother, Sophia Chow’s Instagram.

Wang’s Relationship With His Niece

Despite being strictly secretive about his personal life, Jackson Wang’s brother is quite open when it comes to his daughter. He and his wife have created an Instagram account in her name where they frequently update about her daily life. Going through the Instagram page of Jackson Wang’s niece, we can see that she is very close to her celebrity uncle.

Though Jackson Wang lives far from his brother’s family due to his busy schedule, he always makes sure to separate some time to spend with them. He often visits his brother’s home and has a fun time with his dear niece. Little Aimee also already seems to be one of the greatest fans of her uncle. Her parents often state how much she misses her uncle Jackson via her Instagram page.

Furthermore, Jackson Wang’s brother’s 6-year-old daughter, Aimee, shares a passion for music and dance with her loving uncle. She goes to music classes, and her parents have bought a piano and cello for her so that she can practice at home. Moreover, Aimee likes to dance to her uncle’s songs and duet with him through her TikTok. It seems like another rockstar Wang, is on the way.

So, for now, the older brother of Jackson Wang maintains a private life and currently lives happily with his wife and daughter in Australia. We hope to know more about him in the upcoming days.