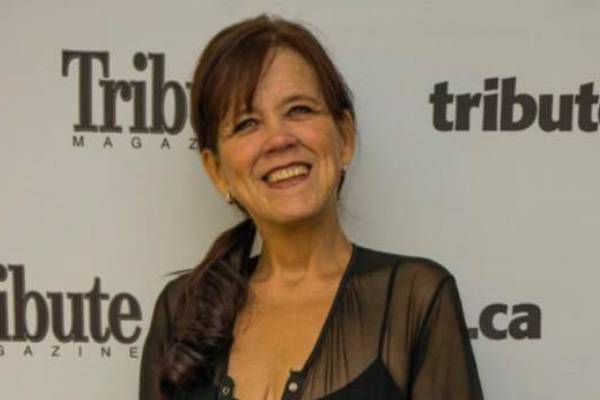 James Eugene Carrey, aka Jim Carrey, is a popular Hollywood actor who has acted in a number of movies and television series, which has given him immense fame and fortune. He is known for numerous roles that he has portrayed, including Grinch in the movie How the Grinch Stole Christmas.

Because of his fame, his family members are also in the spotlight. He grew up in Ontario, Canada, with his parents and three siblings. Many people are interested to know about his brother and sisters. So, in this article, let’s learn in detail about Jim Carrey’s sister Rita Carrey and her whereabouts.

Rita Is Elder Than Jim

Jim Carrey’s sister, Rita, is older than him, whom his parents, Percy Joseph Carrey and Kathleen Carrey, had welcomed in 1960. Apart from Jim, Rita has two other siblings. Her elder brother, John Carrey, was born in 1959, and she has a sister, Patricia Carrey, whose date of birth has not been revealed yet.

Two years after her birth, on January 17, 1962, Rita Carrey’s brother, Jim Carrey, was born. She and her siblings grew up in Ontario, Canada, having a wonderful time.

Sadly, in 2019 Rita Carrey’s brother, John, passed away at the age of 60 due to aplastic anemia, which he was suffering from the time of four. It must have been difficult for her and the Carrey family to lose someone close to them.

Jim Carrey is doing great in the acting field. He has achieved significant success in most of his works and has established himself as one of the most prominent actors. Similarly, his sister is also doing great in the entertainment sector. However, unlike her brother, Rita is involved in the music industry.

Jim Carrey’s sister, Rita Carrey, is the lead singer of the band Rita Carrey band. She is the band’s vocalist, and Paul Hampson is the guitarist. They have performed in a number of events. She has performed with the likes of Bruce Springsteen and opened for Goddo, Honeymoon Suite, and April Wine.

According to her, Rita prefers to play in intimate venues as it allows her to show her quick wit and talent and interact with the audience. She must be earning significantly as a singer, and the band has gained huge recognition in Canada and worldwide.

Is A Co-Host Of A Show

Apart from being a singer, Jim Carrey’s sibling, Rita is a talk show host. She co-hosts The Peet & Reet Show with Pete Dychtiar. It is a Talk-style entertainment show which welcomes different famous personalities and interviews them. They have uploaded several episodes of the show on their YouTube channel.

Rita previously worked as an on-air host at Giant FM 91.7 Classic Rock. She had worked at the station since 2002. In August 2012, she was let go off of the station as a part of restructuring there. Before working for the station full time in 2005, she was a bus driver for Burlington Transit.

Moreover, according to Reverbnation, Rita is on the board of directors for a new organization called TriStream Entertainment. The organization helps fund the Steve Ludzik Parkinson’s Clinic in Niagara. It is also a high-quality multimedia corporation.

Furthermore, Rita is a general manager at Always Christmas in Niagara Falls. She must be earning significantly from her job.

Is A Mother Of Three Children

Jim Carrey’s sister, Rita Carrey, is the doting mother of three kids. She shared the children with her former husband, Al Fournier. However, she has not revealed when she got married to him. Sadly, their relationship broke down and they are no longer together.

But, while they were together, Rita and Al welcomed three sons. Rita’s eldest child is Marty Fournier, who was born in 1980. And, her other sons are Mike Fournier and Matt Fournier. According to Famechain, Mike was born in 1984, and Matt was born in 1987.

Sadly, Rita’s son, Marty, passed away in 2005. He was 25 years old when he got into a terrible accident in Dundas, Ontario. Following his death, she sued the City of Hamilton, alleging it was responsible for his death. Seven years after his death, the city settled for an undisclosed amount.

It must have been difficult for Rita to lose a son.

Despite the fame, Jim Carrey’s sister seems to be a private person. Rita is rarely active in her social media accounts and has not talked much about herself in the media. Let’s hope she gets more success in the coming days.