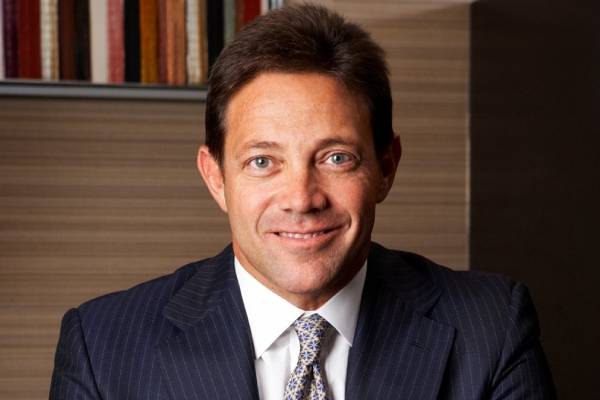 If you have watched the film The Wolf of Wall Street, then you might know the name Jordan Belfort portrayed by Leonardo DiCaprio. It is based on the real-life story of the former stockbroker, including his rise and fall from grace. Belfort is now a motivational speaker who gives speeches about running a prosperous business.

Talking about his personal life, the entrepreneur has a brother named Robert Belfort. Because of the fame that Jordan has gained, many are curious to know about his only sibling. Thus, in this article, let’s learn about Jordan Belfort’s brother and his whereabouts.

Robert Is Elder Than Jordan

Robert Belfort is the eldest child of Max Belfort and Leah Belfort, whom they welcomed on October 27, 1959. His parents were married in 1955. Before moving to the Bronx, Robert and Jordan’s dad lived in New Jersey with their grandparents Jacob “Jack” Belfort and Ann Brody. That was where Robert was born.

Then, two years later, Robert Belfort’s mom was pregnant with his little brother. Then, he and his parents moved to a brand new co-op building in Bay Terrace and lived in a two-bedroom and two bathroom apartment. Finally, on July 9, 1962, Robert Belfort’s brother, Jordan Ross Belfort, was born, and the Belfort family was completed.

Sadly, Robert lost his dad in September 2019, and it must have been hard for the Belfort siblings. But the brothers must be following in their dad’s teachings and keeping his legacy alive.

Jordan Belfort’s Brother Is A Lawyer

Robert Belfort’s dad and mom were working parents as they both were accountants. Many sites have reported that his dad was a Certified Public Accountant. Similarly, his mom was also an accountant who served in the field until her sixties.

After retiring as an accountant, Robert’s mom enrolled at St. John’s University and studied law. After graduation, she became the oldest woman in New York State who passed the bar exam during her sixties. She currently practices pro bono law, especially for battered women. Her influence on her son, Jordan’s life, has been portrayed in the movie.

Robert’s mom inspired him to join one of the law schools in New York City, pass the bar exam and serve as a certified lawyer. Jordan has addressed his elder sibling as one of the most reputed lawyers in New York. However, it has not been revealed where he actually works.

Nevertheless, Jordan Belfort’s brother must be earning significantly from his profession and doing well in his career.

Jordan Belfort’s brother, Robert Belfort, came into the limelight because of his association with the stockbroker. However, he is extremely secretive and has not talked about his personal life in the media. Robert is a married man, but his wife is far from the media reach.

Moreover, in the memoir Wolf of Wall Street, Jordan mentioned that Robert Belfort’s wife had threatened to sue one of his companies for sexual harassment. So, it hints that Robert had already tied the knot in the 90s. At the time, Jordan was under the influence of drugs.

Furthermore, Robert might have welcomed a couple of kids with his spouse. However, like his wife, Robert Belfort’s children, too, are away from the media limelight. Nevertheless, he must be living a life away from unnecessary media attention.

In addition, Robert and Jordan do not have a good relationship after his wife tried to sue the younger Belfort sibling. According to the Wolf of the Wall Street himself, the brothers lost touch with each other several years ago. As a result, no pictures of the duo together are available on the media platform.

Nevertheless, let’s hope Robert and Jordan reconcile in the future. And hopefully, Jordan Belfort’s brother reveals about him in the media, and he has a successful future ahead.