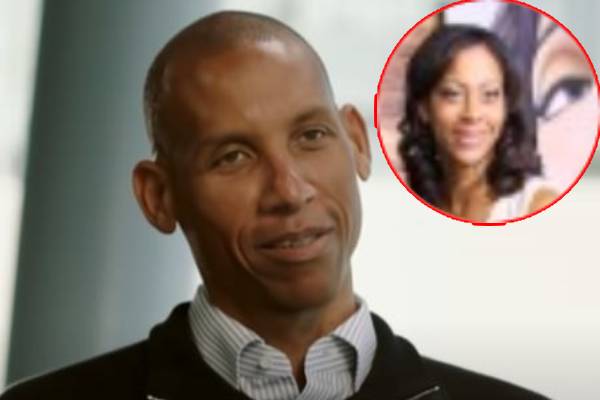 The NBA has seen many talented players in all these years. Many of them have even become able to enjoy their successful profession even after their playing careers are over. One such NBA personality is Reginald Wayne Miller, also known as Reggie Miller. He played with the Indiana Pacers for 18 years and is considered the team’s greatest player of all time.

Reggie Miller comes from an athletic family where his parents and siblings have been involved in different types of sports. He is the third son of Carrie Turner Miller and Saul Miller Sr. He has two brothers and two sisters, and they all grew up together. However, unlike him, his siblings have remained away from media scrutiny.

Hence, in this article, let’s learn in detail about Reggie Miller’s sister, Tammy Miller, and her whereabouts.

Youngest One In The Miller Family

As mentioned earlier, Reggie Miller is one of the five kids of Saul Miller Sr. and Carrie Turner Miller. Saul and Carrie met for the first time at the Flamingo in 1955, where he was a saxophonist in Phineas Newborn Jr.’s orchestra. They eventually began dating and got married a year later, in 1956.

In 1968, twelve years after they walked down the aisle, Saul and Carrie welcomed their daughter, Tammy Miller. Born as the youngest of five children of her parents, there’s no doubt that she was pampered well.

Reggie’s sister, Tammy, has a good relationship with him and their other siblings. They all grew up together in Riverside, California.

Tammy Miller grew up in a family where her dad and siblings are involved in sports. Her dad was a basketball player at Memphis’ All-Black Hamilton high in the 1940s. Similarly, her brother, Darrell, is a former professional baseball player who played with the Los Angeles Angels. In addition, Tammy’s sister and brother, Cheryl, and Reggie, are well-known former basketball players.

Seeing her siblings involved in the sports directly influenced Tammy. She attended Riverside Poly High School and started playing volleyball as a middle blocker. In an interview with Los Angeles Times, the younger Miller sibling mentioned that she chose to play volleyball because it seemed more demanding than basketball. She even added that she liked the idea of being enclosed in a box to fight it out as part of a team.

Tammy received a volleyball scholarship and attended Cal State Fullerton. She continued her volleyball journey to her college. She had a successful sports career and did well in every game that she played.

Is Married And A Doting Mother

Reggie Miller’s sister is grown up and must be doing great in her profession. Talking about her relationship, Tammy is married, and she goes by the name Tammy Miller-Lindsay.

There are no concrete results about who her spouse is. But looking at various Miller family’s social media pages, it seems like Tammy Miller’s husband is named Horace Lindsay. Moreover, Tammy shares two kids with her beau.

Tammy Miller’s daughter is Carolyn Rose Lindsay and her son is Michael J. Lindsay. She is a woman of secrecy, as a result, not much has been revealed about Reggie’s younger sibling’s personal life in the media.

Earned A Degree In Criminal Justice

As mentioned earlier, Reggie’s sister, Tammy Miller, attended Riverside Poly High School. After completing high school, she enrolled at Cal State Fullerton. There she graduated with a degree in criminal justice in May 1990.

After that, she decided to apply to a law school. However, it is unclear when and which law school she got into or if she even applied. Moreover, along with sports skills, Tammy also inherited her dad’s musical gene. Her dad and eldest brother play saxophone, and she is good at flute.

Furthermore, Reggie Miller’s sister, Tammy, must be close with his partner, Laura Laskowski, and three kids. Nevertheless, let’s hope to learn more about her in the coming days.