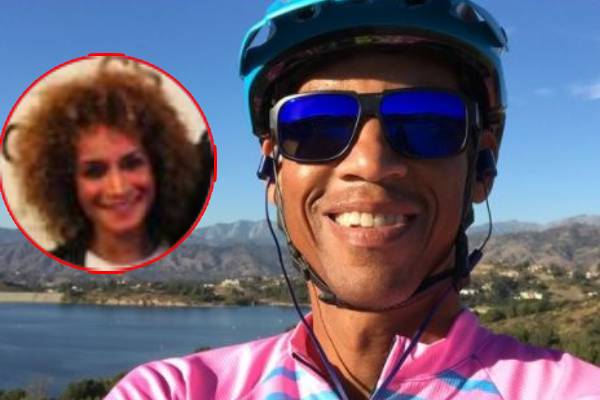 Reginald Wayne Miller, aka Reggie Miller, is one of the most famous names in NBA history. The former shooting guard for the Indiana Pacers played in the National Basketball Association for 18 years before retiring in 2006. Although Miller’s playing career came to an end, he is still involved in basketball by working as an NBA commentator for TNT. He has gained significant fame and fortune to his name.

Reggie Miller’s basketball career has become an enormous success, but his marriage could not be that successful. He was married to Marita Stavrou. Unlike his professional life, much about his marital life has not been revealed yet. So, what does Reggie’s former wife do, and where is she these days?

Thus, in this article, let’s learn in detail about Reggie Miller’s ex-wife, Marita Stavrou, and her whereabouts.

Reggie And Marita Got Married In 1992

As mentioned earlier, Reggie Miller was married to Marita Stavrou. The Los Angeles Lakers icon Magic Johnson introduced Reggie and Marita to each other. Then, on August 29, 1992, the couple walked down the aisle. However, Reggie and Marita never revealed anything about their marital life and kept it lowkey.

Sadly, the duo’s relationship could not last long, and eight years later, in August 2000, Reggie filed for a divorce. However, Marita Stavrou’s ex-husband did not disclose his motive behind the divorce filing. Moreover, the former couple did not even share the news that they had separated for a long time.

Although they divorced each other quietly, many are aware that they publicly battled out for settlement amount.

Had A Public Dispute Over Money With Her Ex-Husband

As stated above, Reggie Miller and Marita Stavrou divorced each other privately. But their dispute regarding the divorce settlement could not be hidden from the public eyes. Reggie Miller’s ex-wife accused him of giving away a large amount of money to his associates and friends to hide his wealth, so, that it would eventually reduce the amount that he has to pay her as a part of the divorce settlement.

Regarding the accusation, Reggie’s lawyer said that it was unreasonable as they had already paid her $5 million. He even added that she was doing such just to get back at him. Moreover, according to New York Post, the amount that Reggie’s former wife got was from a fund that he had yearly deposited 5% of his assets, which they had agreed on in a prenup.

Marita’s lawyer claimed that he was extravagant with his wealth as Reggie had wrongfully spent a lot of money for his expenses which he labeled as “living expenses.” The lawyers of Reggie Miller denied the accusation saying it is common that you buy expensive clothes and jewelry and stay at fancy hotels if you make $12 million a year as a pro athlete.

Nevertheless, Reggie and Marita must have settled their disputes and moved on in their respective lives. Her ex-husband got together with Laura Laskowski and has three kids with her, two of whom are Ryker Miller and Lennox Miller.

Formerly Worked As An Actress And Model

Apart from being known as Reggie Miller’s ex-wife, Marita Stavrou also gained fame from her acting career. Although she does not have that many credits to her name, she has starred in popular projects in a pretty good acting career.

In 1991, Marita had acted in the movie Strictly Business. She then moved to LA in 1994 and starred in the television series Family Matters and the movie Dinner Rush.

In addition, she traveled to different countries in the world as a model-actor. Marita’s performance was loved by many of her fans. Thus, she must have earned significant fame and fortune to her name in her acting career.

Is A Real Estate Designer

After working as an actress, Reggie Miller’s former spouse, Marita, changed her profession. She currently works as a real estate designer. She enhanced her skill for collecting relics, from intricate Moroccan tables to fine Italian fabrics. Moreover, she is the owner of Marita Stavrou Inc.

Many of her clients love Marita’s work, and she must be earning significantly from her work.

Reggie Miller’s Ex-wife Is A Philanthropist

Apart from being a designer, Reggie’s ex-spouse, Marita, is a philanthropist who has been involved in many philanthropic activities. According to her website, she is passionate about empowering young women. And many of her works have proved her passion, including a collaboration she did with the Bisial Bokoko African Literacy Project. She collaborated with the project to design libraries in Africa.

Moreover, Marita is also one of the board of directors of The Few Initiative For Children. It is an organization that Dr. Julius Few founded in 2013 to empower youth in Chicago through after-school and summer programs, opportunities, and events to develop leadership and communication skills.

Despite Marita’s fame from her own work and due to her ex-husband’s name, she seems to be a woman of secrecy. She lives away from media scrutiny and does not have any active profiles on any social media pages.

Nevertheless, she must be in sound health. Let’s hope to hear more about Reggie Miller’s ex-wife in the coming days.