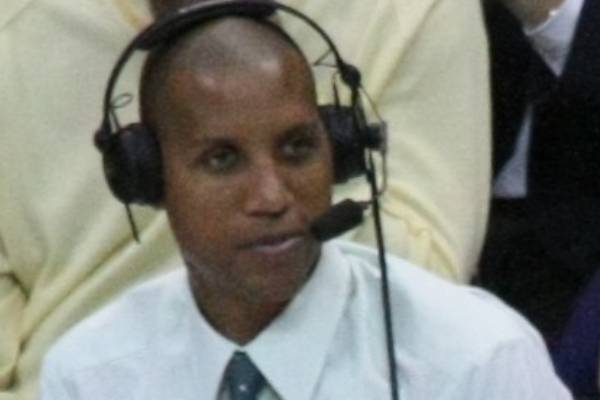 Several basketball players globally have become successful in the sport and gained immense fame and fortune. However, one name that fans will never forget in NBA history is Reginald Wayne Miller, also known as Reggie Miller. Miller spent all 18 years of his professional career with the Indiana Pacers of the National Basketball Association. He is also known by his nickname “Knick Killer.”

Although Reggie has gained significant fame in the sports world, he rarely mentions his personal life in the media. And even though he posts about his partner and kids on his Instagram, he has not revealed much information about his childhood and personal life.

We do know that he has four siblings, but very little is known about them. Thus, in this article, let’s learn in detail about Reggie Miller’s brother Saul Miller Jr. and his whereabouts.

Eldest Child Of His Parents

As mentioned earlier, the famous former NBA player Reggie Miller is one of the five children of his parents, Carrie Turner Miller and Saul Miller Sr. In 1955, Reggie’s parents met for the first time at the Flamingo. After their first encounter, they began dating and shortly after exchanged vows.

Saul Miller Jr. and his four siblings grew up having a wonderful time with each other. Moreover, they are also close to each other and often spend holidays together.

Reggie Miller’s Brother Is Into Music

While four of the Miller siblings are involved in the sports world, Reggie’s brother Saul seems to have followed in their dad’s footsteps. Saul Miller Jr.’s dad, Saul Miller Sr., was a jazzman and saxophonist.

In the 1940s, Saul Miller Sr. was a basketball player at Memphis’ All-Black Hamilton high and was also a radio musician who used to jam with B.B. King during his lunch hours on WDIA.

Unlike his siblings, Saul Jr. got tired of team sports, pursued music, and took up the saxophone. However, his dad had already quit playing jazz after he hit the club circuit. The talented alto saxophonist Saul moved to Washington and often met with his siblings during Christmas. He does not forget to play The Christmas song during every holiday.

With time, people began to love his way of playing, and he must have gained significant success.

Also Read: Find Out About Will Arnett’s Siblings

In 1984, Reggie Miller‘s brother, Saul Jr., joined Air Force. Their dad, Saul Sr., was also in Air Force, having joined in 1951 and re-enlisted in 1956. Saul Jr. followed in his dad’s footsteps in music and in the military.

Joining the military did not end his musical career as Saul Jr. played for the Airmen of Note. It was the same Air Force band that had rejected his dad 40 years ago. According to Inland Empire Magazine, he was stationed in Washington, D.C.

Moreover, on the occasion of Veteran’s day in 2015, Reggie took to Twitter and thanked his dad, brother, and other men and women who served the country. It is clear that Saul’s younger sibling is proud of his service. But, it is not sure if the eldest Miller sibling is still active in his profession or has already retired from the military.

Thank You Saul Miller Sr n Jr and all the men and women who served and currently serve our great country.. pic.twitter.com/jBUEnE3h1l

Talking about his marital life, Saul Miller Jr. has not disclosed much about his romantic relationships. However, according to a site, he was married to a woman named Glenda while being stationed in Washington.

Moreover, information about his kids is yet to be known as Saul has stayed away from media scrutiny. The eldest Miller sibling also does not have any social media accounts.

Saul Miller Jr. must be close with his siblings and his nieces and nephews, including Ryker Miller and Lennox Miller. He must be in sound health and doing great for himself. Nevertheless, let’s hope to learn about Reggie Miller’s brother, Saul Jr., in the coming days.