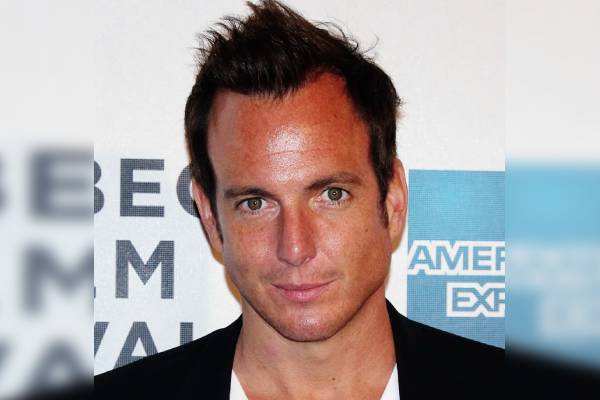 Will Arnett has two elder sisters and a younger brother, all of whom prefer a private lifestyle. Image Source: Quotepark.

William Emerson Arnett is an actor best known for his performance in Arrested Development as Gob Bluth. Having worked in series and movies like Teenage Mutant Ninja Turtles, Riviera, and BoJack Horseman, Will Arnett has established himself as one of the prominent figures in the entertainment industry. The actor also hosted Fox Network’s reality show, Lego Masters.

Apart from Will’s acting career, people also know of him as the son of Edith Alexandra Arnett and Emerson James Arnett. The actor is the third child and has two older sisters and a younger brother. However, since they choose to avoid the spotlight not many are aware of the Arnett’s siblings.

So, in this article, we’ll learn some interesting information about Will Arnett’s siblings and what they’re up to right now.

Will Arnett’s Sister Is An Artist And Landscape Designer

Residing in Toronto, Arrested Development star’s sister, Shanly Arnett, appears to have a keen interest in interior design. The oldest of the Arnett sibling earned a Bachelor of Landscape Architecture degree from The University of British Columbia. She also studied interior design at the Institute of Art & Restoration in Florence, Italy. Moreover, Shanly also holds a Bachelor’s degree from McGill University in French Literature and Art History.

After earning her degree, Arnett’s older sister worked in Vancouver on many municipal landscape design projects. Afterward, she relocated to New York, where she spent nearly four years as a landscape designer with BL Engineering and Signe Neilsen Landscape Architects.

Shanly then moved back to Toronto and founded Arnett Outdoor Design, a landscape design business, in 2010. Her company specializes in designing modern outdoor spaces that are both functional and attractive. Her firm also offers services including garden design, landscape construction, planting plans, and installation.

Will Arnett’s sibling has managed the firm for more than ten years. So, it is safe to presume that her business is going well. For now, let us send our best wishes to Shanly Arnett and hope that her career keeps thriving.

Will’s Other Sister Is A Project Manager

Like her twin Shanly, Netannis Arnett, better known as Tannis Arnett, also completed her Bachelor’s from McGill University. Will’s elder sister then graduated with a Masters’s degree in Arts & Religion from Yale University in 1996.

Following her graduation, the celebrity sister has landed herself a ton of jobs. She is currently employed at Craft Worldwide as a senior project manager. Tannis spent the previous five years as a producer at Plates Entertainment. At present, Will’s big sister resides in Toronto, Ontario, where she leads a quiet life away from the spotlight.

Furthermore, based on her Facebook photos, it appears that Will Arnett’s sister, Netannis, enjoys nature and photography, as she posts countless stunning pictures of the outdoors.

However, apart from these travel pictures, nothing in her social media hints at her personal life. So it’s unclear whether Netannis has met the love of her life.

Nonetheless, let us hope to see more of the celebrity sibling in the coming years.

Charles Arnett is best recognized as Will’s brother. The youngest of Arnett siblings, Charles happens to be a person of privacy. So, it is no surprise that most people are unaware of him. According to sources, Will Arnett’s sibling, who happens to be nine and a half years younger than him, currently resides in New York.

Furthermore, numerous media outlets suggest that Charles works as a sales manager for Armor-Lux, a high-end French fashion company. Prior to this, he worked at WESTERLAND as a brand manager and at Polo Ralph Lauren as a marketing assistant.

However, as there is no substantial evidence to back up the claims, we can’t say for sure what Will Arnett’s brother is up to at the moment. Likewise, Charles has zero social media presence, so determining his whereabouts is almost impossible.

Still, as the sibling of such a renowned personality, we can assume that Charles Arnett must be living a nice life even if he does not flaunt his lifestyle out in the open.