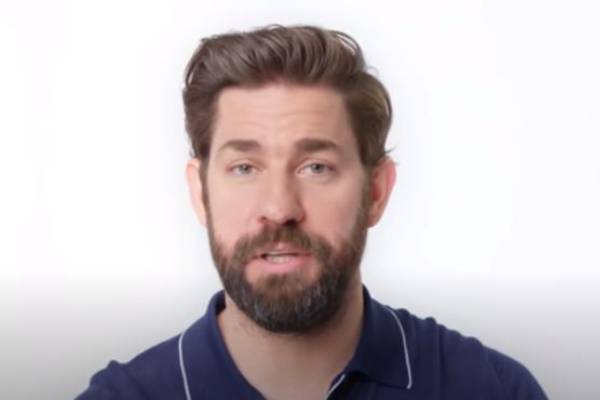 John Krasinski is a name recognized by millions of people around the world. He first came into prominence due to his portrayal of Jim Halpert on the famous sitcom, The Office and since then, his fame has catapulted to what it is now. Krasinski has been awarded several awards for his acting skills and was even named one of the 100 most influential people in the world by Time magazine in 2018.

Along with the fame he gained due to his professional achievements, John’s relationship with Emily Blunt has also made headlines all over the world. And with this came the public’s fascination towards his family life, especially after it was revealed that one of Pam and Jim’s storylines was inspired by real-life events involving the actor’s family.

So to quench the thirst of some fans regarding the Krasinski family, today we will talk about one of John Krasinski’s brothers, Kevin Krasinski.

Kevin Krasinski Is The Oldest Child In The Family

John Krasinski grew up in Boston with two siblings, elder Kevin and Paul Krasinski. Among these two, Kevin was the eldest, while Paul was the middle child of the family. The three brothers were very close growing up and still share the same bond they had as kids. John is also the godfather of his brother Paul’s firstborn.

While neither of John Krasinski’s brothers is involved in the entertainment industry, they are supportive of their little brother’s career path. The siblings’ love for one another is strong, and it is quite evident. Even though the older Krasinski brothers prefer privacy, they do not hesitate to support their younger brother’s works in the movie industry.

Unlike the world-renowned actor, the eldest Krasinski sibling chose to follow in his parent’s footsteps and pursue a career in the medical field. John Krasinski’s brother, Kevin Krasinski, is an orthopedic surgeon and was trained in Sports Medicine, specializing in shoulder and knee injuries. He currently works at EmergeOrtho-Triangle Region in Burlington.

Moreover, Kevin Krasinski is the orthopedic surgery consultant for the minor league affiliate of the Kansas City Royals, the Burlington Royals. His training in orthopedic sports medicine undoubtedly helped him secure the position. He also lectures at the Elon University Physician Assistant Program, where he helps instruct the students about orthopedic anatomy. He even serves as a clinical preceptor there. It seems like Kevin is juggling several work positions at once, which only shows the success he has achieved in his field.

Kevin Krasinski Was Selected To Attend A Fellowship Program

Like his parents, Mary Claire Krasinski, and Ronald Krasinski, Kevin Krasinski chose to pursue a career in the medical field and completed his undergraduate education at Colgate University. He had majored in biology and was part of the Tri-Beta National Biological Honor Society. Krasinski then attended Tufts University School of Medicine in Boston, Massachusetts, and did his general surgery internship and residency at Tufts-New England Medical Center in orthopedic surgery.

After his residency, John Krasinski’s brother, Kevin Krasinski, was selected to attend the Duke University Center with the distinguished Duke Sports Medicine and Shoulder Surgery Fellowship Program. He received training in orthopedic sports medicine there and has used his knowledge in various capacities.

Looking at all he has achieved academically and professionally, we can see that John Krasinski’s older brother Kevin is pretty successful in the medical field. And while all three brothers have chosen different career paths, Kevin being the eldest, must have been a  role model for his younger brothers. Let’s hope we get to learn more about the Krasinski brother in the days to come.