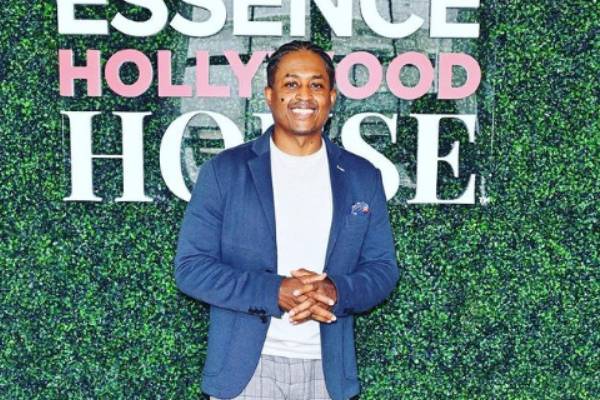 After starring in numerous movies and television series, Larenz Tate is now a household name in the film industry. With his outstanding skills, Larenz has won several awards, including the 1999 Best Actor award by Acapulco Blck Film Festival. Also, he earned Screen Actos Guild Awards for Outstanding Performance in 2006.

Considering his fame in the acting industry, it is obvious that people are curious to know more about the actor’s personal life. In addition, fans are also curious to learn about his siblings. Hence, in today’s article, let’s get to know Larenz Tate’s brother, Larron Tate.

Eldest Of The Tate Siblings

Larron Tate is the eldest-born kid of his parents. He was born in June 1969, in Chicago, Illinois, to his father, Larry Tate, and mother, Peggy Tate. His younger siblings are Lahmard Tate and Larenz Tate. Furthermore, the Tate brothers grew up together and are very close to each other. Not only that, the siblings have worked together in several projects.

Larron Tate’s baby brothers, Lahmard and Larenz, are also famous actors. The Tate bunch took acting lessons together at the Inner City Cultural Center. But, the trio didn’t take the lessons seriously until their classmate, Malcolm-Jamal Warner, rose up to prominence. Their pal became famous after working as one of the casts on the sitcom, The Cosby Show.

Also Read: Get To Know Will Smith’s Brother Harry Smith

Larenz Tate’s Brother Is A Producer

Larron Tate attended the University of California in Los Angeles (UCLA ). He graduated with a degree in theater, film, and television. Larenz’s elder brother first began his acting career in 1987 with the TV series 227. Afterward, he worked in several other television series, including M.A.N.T.I.S, Street Justice, Ferris Bueller, Quantum Leap, and many more to list.

Although the oldest Tate started his career as an actor, he later became a writer. The 20th Century Fox Diversity Writing Program accepted him, and he got an opportunity to write for the TV series Best Damn Sports Show. Eventually, his works started to get popular, which led him to write assignments with Warner Brothers Studio in television and Universal Studios in film.

Larron has over two decades of experience both in front and behind the camera. As a result, he and his two brothers launched a company called TateMen Entertainment. The firm is a growing multi-media company that is devoted to offering quality content for film, television, and digital platforms.

Aside from looking at the company’s day-to-day activities, Larenz Tate’s brother also serves as the lead producer. In addition to that, he is in charge of the operational management of TateMen Entertainment. Some of the notable TateMen projects include Beta Test, Deuces, Bussiness Ethics, and a hit, scripted audio series with Laurence Fishburne‘s company, Cinema Gypsy. Nonetheless, the UCLA graduate started his career by appearing in several guest roles in TV series but is now a well-established writer and producer.

Who Is Larron Tate’s Wife?

The producer’s younger siblings, Larenz and Lahmard, have a family of their own. But, he has not shared any information about his personal life. Still, Larron is at the age where he might have been happily married and welcomed a few kids. Although he is active on Instagram, he only uploads posts regarding his professional life and shares a lot of news regarding his beloved younger siblings.

However, Larron Tate’s wife is a mystery. Besides, if the eldest Tate is a married man with kids, he might be protecting his family members from the unwanted attention of the public and media.

To conclude, Larenz Tate’s brother is doing great in his professional life and has already achieved a big name for himself. Hopefully, he is leading a wonderful family, including his better half and lovely children. We wish Larron Tate more success and prosperous life ahead.