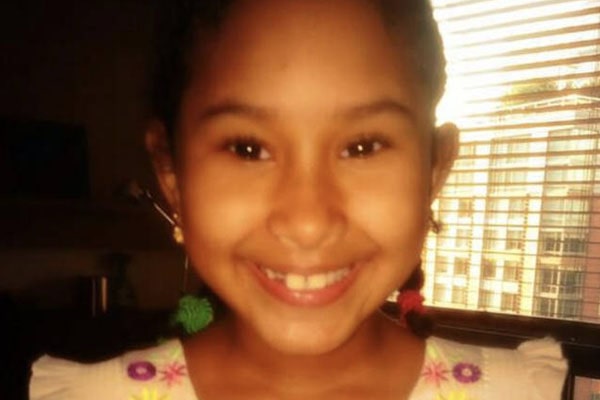 Onika Tanya Maraj, famous with the stage name, Nicki Minaj continues to charm and conquer the heart of millions of fans around the globe with her rap songs. The sexy and extravagant rapper knows how to gain public attention, either by putting on bright wigs or grooming herself in unique costumes. Sometimes, Nicki Minaj is also compared to Lady Gaga due to her dressings and make-ups.

Some months ago, Nicki Minaj broke the internet by sharing her newborn son’s photo with her partner, Kenneth Petty. While the gorgeous American singer, and model, Nicki, mostly shares pictures of her husband and herself, recently, she shocked her fans by sharing a rare photo of her little sister, Ming Maraj. It made everyone speculate that Nicki Minaj’s sister, Ming Maraj, might be her identical twin. So, please find out the truth behind Ming Maraj’s resemblance with Nicki Minaj and some extra facts on her life here.

The rapstress Nicki Minaj recently posted a photo of her sister, Ming Maraj, on 7 January 2021, wishing her on her birthday via her Instagram page. This is not the first time Minaj posted her sister’s picture on her social media. Back in February 2020 also, she had shared a video with Ming and her father, Robert Maraj. Nicki’s first post about her sister, Ming, was in 2013. She had shared a couple of pictures of a young girl on her Twitter, hinting to her fans that it was her sister. Minaj’s fans were surprised seeing their resemblance and are already branding the Maraj sisters as twins.

However, in reality, Nicki Minaj’s sister, Ming Maraj, is not her identical twin, and Ming is very young than her. According to various online sources, Ming Maraj is the half-sister of Nicki Minaj from her father’s side. However, as mentioned by Ming’s manager, Justin Sanchez, in an Insta photo posted in tribute to Nicki Minaj’s father, Robert Maraj, Ming is not his daughter. In answer to a comment in the same post, Justin added that Ming is not the daughter of Nicki Minaj’s mother, Carol Maraj as well. He said Nicki herself would open about this when the timing is correct.

It looks like the celebrity rapper Nicki Minaj is very protective of her sister, Ming Minaj. So, she has not shared much information about Ming. However, we hope she will soon reveal some details about Ming, like she let her fans have some glimpse of her a couple of times.

Nicki Minaj is not the only sibling of beautiful Ming Maraj. In addition to Nicki, she has three brothers: Micaiah Maraj, aka Caiah, Brandon Lamar, and Jelani Maraj. Two of her brothers, Brandon and Jelani, are quite famous among the people. Brandon is also a rapper and singer like Nicki and has already released numerous hits to dates such as Control and Raw. You can hear and watch his songs on his YouTube channel.

Furthermore, Nicki and Ming Maraj’s other brother, Jelani, is famous for the most disturbing reason. He is in the news headlines for repeatedly raping his eleven-year-old step-daughter at his Long Island home. Ming’s brother was sentenced to 25 years to life in prison last year in January. He was also charged with first-degree sexual conduct against a girl below 13 in 2015.

Unlike Nicki and Brandon, Ming’s other brother, Micaiah, keeps comparatively a low profile. However, we hope he shares a pretty close relationship with both of his sisters, Nicki and Ming, behind the camera.

It seems like Nicki Minaj’s sister, Ming Maraj, also seems to have a keen interest in the music industry. She has posted numerous videos of herself singing songs of several music artists on her gram. Moreover, she often shares lyrics she has written. Seeing her commitment to singing and song-writing, it seems like Ming will also soon debut alongside her sister in the American Music Industry.

Time will certainly show either Ming Minaj will be a singer and songwriter just like her sister or not. But currently, she is all ready to begin her own merchandise line, Cool Rise Store, in collaboration with May Fung and Justin. Ming announced this news through her Instagram at the beginning of 2021. We wish her luck for her business and hope her sister, Nicki Minaj, will explain everything about her identity.