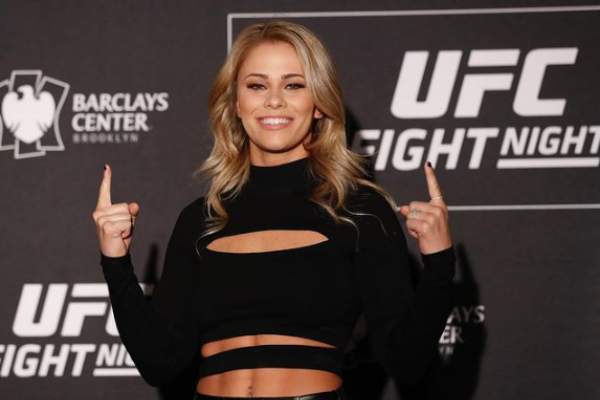 Paige Michelle VanZant was born on 26 March 1994. She is an American mixed martial artist, a bare-knuckle fighter, a professional wrestler, a novelist, and a model. She competes as an All-Elite wrestler and a boxer for Bare Knuckle Fighting Championship.

Moreover, Vanzant grew up in Dundee, Oregon, with her elder sibling, Steven Sletten. One of the two children of Steve Sletten and Rachel Sletten, the fighter must have good relations with Steven, and fans must be curious about him. So, continue reading to learn more about Paige Vanzant’s brother.

In 2018, Paige claimed that some boys gang-raped her in high school while she was intoxicated and unable to protect herself. In her latest book, Rise: Surviving the Fight of My Life, VanZant recalled the incident and shared how it affected her life. Additionally, Steven Sletten’s sister stated that she wanted to be transparent for various reasons, most notably to serve as a voice for others who have experienced sexual assault and bullying.

Furthermore, Paige claims that the bullying she endured in the wake of the rape was intolerable. She changed her last name from Sletten to VanZant after being dubbed Paige Slutton by the students. In the end, her family relocated from Oregon to Nevada so she could start over.

Paige Used To Box With Her Brother

Today, Paige has established herself as one of the most talented fighters of her time. The hard work and dedication that she has shown over the years are commendable. One must be wondering how she got her start in the fighting career. While she used MMA to build up confidence in herself, she used to play boxing with her brother.

Paige Vanzant’s brother was her first boxing partner. The siblings were best friends, but in middle school, they did not like each other, which the fighter revealed. So Steven and Paige settled things in the backyard by boxing. At that time, they borrowed gloves from a neighbor. Even though she took numerous beatdowns, she won against her brother on several occasions.

Paige’s brother is one of her biggest supporters as she embarked on her professional fighting career. He must be proud of what she has achieved so far. Nonetheless, we hope the siblings’ bond remains the same forever.

As mentioned earlier, Steven Sletten’s sister had to go through bullying following the rape. Other students at her high school even called her “Paige Slutton,” compelling her to change her surname to Vanzant. However, after her brother was convicted of being a child molester, people assumed that she had changed her name because of him. However, the assumption is wrong.

In May 2016, Paige Vanzant’s brother was convicted of being a child molester and was serving time for an attempted sex offense on a 13-year-old boy. In April 2012, he was arrested after a boy, then 13, told police that he was abused by Sletten a couple of times while visiting a friend in Corvallis.

Paige Vanzant’s sibling was said to be released in May 2017 and has been living low-key. Nonetheless, we wish both of them happy days ahead and hope the bond remains the same.