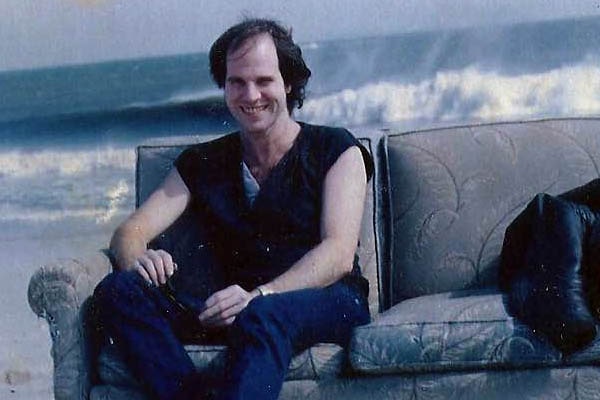 Born Vivienne Patricia Scialfa, Patti Scialfa is a well-known American guitarist and singer-writer actively contributing to the American music industry since the late 1970s. Also famous for being musician Bruce Springsteen‘s wife, Patti, joined the E Street Band in 1991. She is the 2014 inductee of the Rock and Roll Hall of Fame as a member of the E Street Band. To date, Scialfa has released numerous solo albums, including Rumble Doll, 23rd Street Lullaby, and Play It As It Lays.

Michael Scialfa Is Also A Musician

Patti Scialfa’s maternal grandfather was an Irish immigrant songwriter. Both Patti and her older brother, Michael, grew up learning music from their grandfather sitting beside his piano bench. However, Patti Scialfa’s brother, Michael, realized that playing guitar was his greatest passion. So, he made his mind to pursue a career in music, and currently, he is a part of the American music industry as a keyboardist, guitarist, singer, and songwriter.

Patti Scialfa’s sibling, Michael Scialfa, attended Asbury Park High School. Later, Scialfa studied Psychology at the University of Miami and pre-medical at New York University. Soon after graduation, Michael started as a chemistry teacher at his alum, Asbury Park High School. He left his job as a teacher to pursue his musical career by forming a band named Timepiece with his fellow musician friends. To date, Michael Scialfa has performed in numerous theatres and bars with his band.

Though Michael Scialfa could not gain fame like his celebrity sister, he is famous among the people of New Jersey. Still, at the age of 71, he performs with his band at local bars. His sister, Patti, and her husband, Bruce Springsteen, also accompany him during his performances.

ALSO READ: Everything You Need To Learn About Draymond Green’s Siblings

Patti Scialfa’s Brother And Her Husband Are Birthday Mates

Michael Scialfa and his sister, Patti Scialfa’s husband, Bruce Springsteen, were born on the same day, i.e., 23 September 1949. They celebrate their birthday together with their family members. Besides being birthday mates, Michael and Bruce are very close friends. Moreover, according to sources, it was Michael who introduced Bruce to his sister, Patti, while performing at a New Jersey bar, the Stone Pony.

Happy Birthday to us pic..
9-23 pic.twitter.com/lYnWKoZsEZ

Patti Scialfa’s brother, Michael Scialfa, has performed together with Bruce a couple of times. In 2015, they performed on stage together at The Wonder Bar in Asbury Park, New Jersey. Both Patti and Bruce joined Michael’s band, Timepiece, at a private party. Besides, Michael and Bruce have performed together in various other events in the past around New Jersey, including Woody’s Roadside Tavern, MetLife Stadium, and Firehouse.

Michael often posts pictures with his birthday twin, Bruce Springsteen, on his social media pages. His social media posts about Bruce show clearly how proud he feels to have him as his brother-in-law and a friend. We hope their friendship remains as strong as it is now till eternity.

Michael Scialfa and his beloved wife, Donna, are parents to a beautiful grown-up daughter, Melissa Scialfa. Currently, the New Jersey-born musician and his family reside in Asbury Park and still perform energetically with his band at local bars during various events.