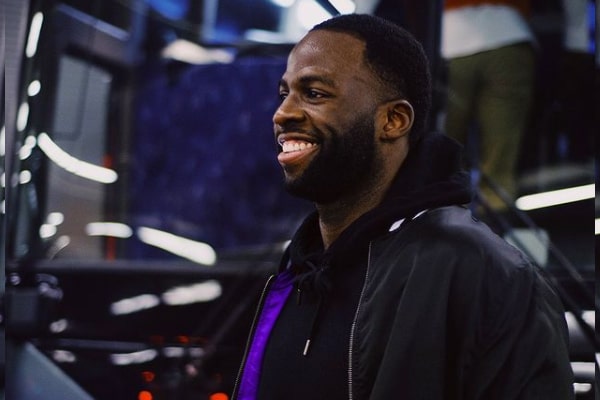 Draymond Green has five siblings and maintains a good relationship with all of them. Image Source: Green's Instagram.

If you know Draymond Green, you know what his life was like before he signed up $82 million contracts with the NBA team. He was further born to Mary Babers and his biological father, Wallace Davis. However, he took his step-father, Raymond Green‘s last name. Unfortunately, Draymond’s mother and step-father, Raymond, got divorced when he was 12 but remained close to his five siblings.

Aforementioned, Draymond Green has five siblings, and his sister, LaToya Babers, is the oldest of all. Born to Mary Babers and her husband, Wallace Davis, LaToya is pretty close to her brother.

Furthermore,  while going through Draymond Green’s Instagram, he uploaded a few throwback pictures reflecting their childhood. Green remembered how lovely it was growing up with his sister with whom he’d argue and fight but also loved Intensely.

According to LaToya Baber’s Facebook, she reportedly studied elementary education and is teaching at Eastern Michigan University. Despite having very little information on Baber’s career and personal lives, she must be earning a reputed living as an elementary teacher.

Moreover, Draymond Green’s sister, LaToya, is also a mother of a daughter. She continually shares her daughter’s pictures and wishes on her special occasions. Her social media also reveals that she’s in a serious relationship and even married with rare glimpses of her husband/boyfriend’s pictures.

Moreover, LaToya is pretty supportive of her family members and promotes their shops on her Facebook account. Conclusively, we can tell that Draymond’s sister is a strong personality and has a great bond with her brother as well.

Draymond and LaToya also grew up with their brother, Torrian Harris. Thus, let’s get to know Draymond Green’s brother.

Aforementioned, Draymond Green is a successful athlete and is dominating the NBA world. However, he is not the only athlete in the Green home; his brother, Torrian Harris, also played basketball for Nebraska-Omaha from 2009 to 2011.

Draymond’s brother, Torrian, is only two years older than him and couldn’t pronounce his brother’s name as a toddler. Thus, Harris started calling his baby brother ‘Day-Day,’ and well, it stuck by him his entire life.

According to Mlive, Torrian and Draymond played against one another. During an interview a decade ago, Torrian made it clear that he would be working somewhere else while his brother would dominate NBA. Both Torrian and Draymond grew up sharing the basketball court, which started at their grandma’s house backyard.

Draymond Green’s brother, Torrian Harris, graduated from the University of Nebraska with a bachelor’s degree in general administration. According to Harris’ LinkedIn, he previously worked at Adecco as a Freight Handler for a few months in 2011. Regrettably, there are no updates since then.

Despite staying away from the media scrutiny for decades, Torrian Harris seems to live a comfortable life with his wife, Annie Harris, and their three kids. Interestingly, Torrian also goes by the name Air-man Harris and is a dedicated father of two daughters and a son.

Furthermore, Draymond Green’s brother, Torrian Harris, loves to share pictures of his childhood with his brother and sister. He is very supportive of his brother’s career as well and attends quite a few of it.

Therefore, the trio, LaToya, Draymond, and Torrian, must have been strong.

Also, Read About Lalisa Manoban’s Parents And Her Biological Father

Unfortunately, there aren’t many Davis sisters on the Internet, but they are surely living their best. Furthermore, they might have started their own family and are raising beautiful kids with their respective partners.

Despite having a famous brother, both Jordan and Gabby Davis are maintaining confidential lives. Therefore, let’s hope to see them in the coming days.

Braylon Green, Born To His Stepfather & His Wife, Rachel Green

Both Draymond and Braylon were pretty close when they were young. Braylon’s mother, Rachel, shared a couple of pictures of the Green brothers on her Facebook, which showed they bonded quite well as a kid.

As of now, Braylon is growing up to take an interest in football. His Facebook profile even claims that he joined NFL in 2017.

Although there are no stats to show, Draymond Green’s baby brother Braylon Green is undoubtedly a rising star. Therefore, let’s hope to hear the Green brothers dominating NBA and NFL worlds.

Besides, Draymond Green has a strong bond with all of his siblings and supports one another. Thus, let’s hope to hear more of them in the future.