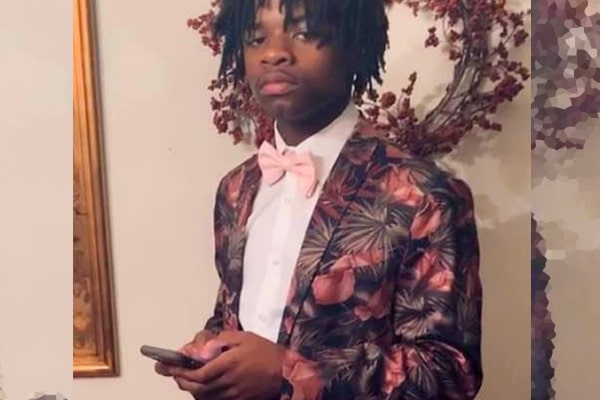 Draymond Green, born as Draymond Jamal Green, is a gem for the NBA’s Golden State Warriors. The GSW’s power forward is a three-time NBA champion and three times NBA All-Star and bagged Defensive Player of the Year award in 2017.

Growing up in Saginaw, Michigan, he played college basketball for Michigan State and played with his siblings at home. He has six siblings, and here, we shall focus on Draymond Green’s brother, Braylon Green‘s life, and his career achievements so far.

If you are a basketball fanatic, Draymond Green is not a new name, and you might as well know that he grew up with his step-father, Raymond Green. Unfortunately, Draymond’s mother and stepfather parted ways after their brief marriage.

Hence, Draymond’s brother, Braylon Green, was born to his stepfather, Raymond, and his current wife, Rachel Green. He seems to be the youngest in the Green family and is greatly secretive about his whereabouts. Moreover, Braylon’s father, Raymond, also uploaded a few pictures of his sons, Braylon and Draymond.

By the looks of Raymond Green’s post, Draymond was available for his younger brother, Braylon. Moreover, he also has an older brother, Tony Green. While going through Rachel’s Facebook, it is evident that Draymond’s brother, Braylon had a beautiful childhood and enjoyed time with his family and older brothers.

Although there isn’t much information about Braylon’s whereabouts and childhood, he is very close to his parents and is a constant face on their Facebook.

Furthermore, Braylon Green’s parents, Rachel and Raymond Green, are a lovely couple who do not shy away from sharing their love with the world. They often upload their picture wishing on their anniversaries, who, by the way, celebrated their 16th marriage anniversary in 2020.

Moreover, Braylon was a chubby kid with an infectious smile. However, he grew up to be involved in football.

Also, Get To Know If Yo Gotti Is De’arra Taylor’s Biological Father

Aforementioned, Draymond’s youngest brother, Braylon Green, comes from a family with an athlete background. Although his brother, Draymond, is dominating the NBA world, Bryalon is preparing to take over the NFL.

Unfortunately, there aren’t many details about Braylon Green’s career stats; he is more likely to go into the football world. Moreover, he updated his status about started working at NFL in 2017 and included his academic achievement from the Michigan State University.

Braylon also shares a couple of pictures of him on his Facebook with his friends and team. Regrettably, he does not share photos of his brothers on his social media.

Although we will have to wait to extract Braylon Green’s career achievement, we know that one of his older stepsiblings, Torrian Harris, also played basketball for Nebraska-Omaha for a couple of years.

Well, Braylon Green is young and interested in other sports like wrestling as well. Therefore, only time will reveal if we’ll see him grow up as a prominent figure in the sports world or alter his career and keeps his life confidential. Until then, let’s hope to see him enter NFL.