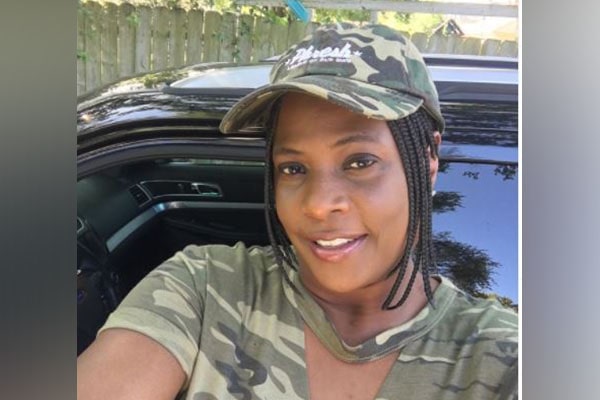 Draymond Green is one of the children of Mary Babers and Wallace Davis. Image Source: Mary Babers Instagram.

Draymond has achieved significant success in his professional career as a basketball player. Born to Mary Babers and Wallace Davis, Draymond has always been close to his mom and even thanks her for his success.

Draymond Green’s Mom, Mary Babers, Has Been Married Twice In Her Life

Draymond Green’s mama has been a huge support system for him. Furthermore, Mary Babers has been married twice in her life. Her first husband is Wallace Davis. However, much information about them is not revealed as both of them prefer private life. In their marriage, they welcomed five children.

After her marriage with Wallace failed, Mary tied the knot with Raymond Green. Sadly, their marriage also could not last long, and the former couple divorced each other when Draymond was 12 years old. While it is unclear if Mary found love again, her second husband, Raymond tied the knot with Rachel Green and the pair have a son named Braylon Green.

Has Five Children With Her Former Husband Wallace Davis

As stated earlier, Draymond Green’s mother, Mary Babers, gave birth to five children with her former husband, Wallace Davis. The ex-couple’s firstborn is a daughter named LaToya Babers. She is a teacher at Eastern Michigan University and is a mother herself. Well, Mary Babers’s oldest son Torrian Harris played basketball too. In his brief basketball career from 2009 to 2011, he played for Nebraska-Omaha.

Furthermore, Wallace Davis’s baby mama gave birth to their son, Draymond Green, in March 1990. As many people already know, he is a successful basketball player and has garnered several awards and accolades from the tournaments he has won. Besides these three, Draymond Green’s mom is also a mother of Jordan Davis and Gabby Davis. However, compared to other siblings, Jordan and Gabby seem to live a private life as much information about them has not been revealed yet.

Mary does not have any children from her second marriage. She raised her children as a single mother after separating from her ex-husband, Raymond Green. However, she is also a surrogate mother to many other children as she has helped so many kids in the locality.

Draymond Green’s Mama Is Famous For Her Twitter Feed

Mary Babers has gained fame as the mother of the famous basketball player, Draymond Green. Besides that, she is also well-known for her live tweets during the Warriors playoff games. Most of her commentary is the kind of jokes and remarks that she grew up listening to. One of the coaches of Draymond even called her “the heckler” for her commentary. She even criticized Steph Curry when he missed a dunk during a game in 2019.

In one of the interviews, Draymond’s mother mentioned that tweeting gives her a way to express herself. She also added that she is just using the platform to say what she would have said if she was present at the match herself. Despite the negative comments she has received, Mary continues to tweet her commentary and is enjoying her life.

Is a Campus Supervisor

According to SFGate, Draymond Green’s mama works as a campus supervisor at a middle school in Saginaw. She describes her job as a tough job and claims that she feels like a police. Not only inside the school but Mary was also tough with Draymond and his siblings while they were growing up.

In the same article, she described that she was pretty strict with her kids sometimes, and they had a curfew and other stuff like that. She recalled when she punished Draymond for cheating on a ninth-grade science test by enrolling him in summer school and refusing ]to let him go to a premiere basketball tournament. Furthermore, she even dismantled his bed. Despite all the strictness that she showed sometimes, she did raise her children with great love and care.

Mary Babers might be the only mom who does not like to celebrate Mother’s Day. She also prefers not giving and receiving gifts. Her oldest son, Torrian Harris, recalled when she made him and his siblings return the gift they had bought for them and get back the money. She might be the type of person who likes showing affection through actions and not materials.

While she dislikes materialistic show of love, Draymond Green’s mother, Mary Babers, believes that his offsprings are the god’s gift. She is a loving grandmother to her grandchildren and shares pictures of the little ones on her Instagram. Babers’ grandchildren are growing up and are doing great for themselves. She supports her family members and loves to cook for them.

Draymond Green has a great bond with his mother. She is supportive of him and loves spending time with her family. Going through her Instagram, we can see that she loves cooking different varieties of food. Mary Babers lives a comfortable life with her family.