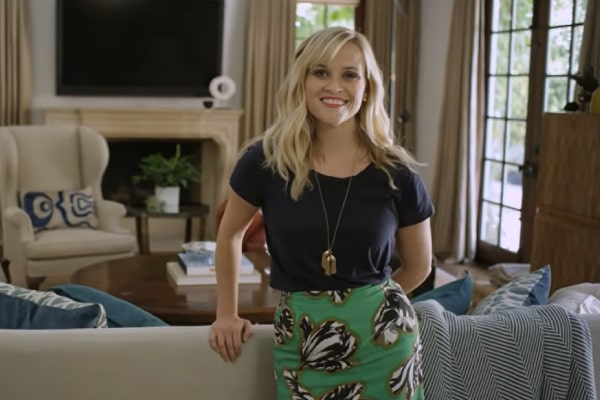 Being siblings means being there for one another no matter what. Having someone who supports you and will always stand by your side is a blessing. Reese Witherspoon is one of those fortunate people who shares a solid bond with her sibling. The award-winning actress-producer occasionally shares pictures together with her big brother, John D. Witherspoon.

Owing to the fame and reputation in the industry, many people are interested to know more about Reese Witherspoon’s brother. Hence, in today’s article, let’s get to know the famous personality’s elder sibling, including his personal and professional life.

Born on 15 October 1972, John D. Witherspoon is the eldest child of Dr. John Draper Witherspoon and Betty Witherspoon. His little sister, Reese, was born on 22 March 1976. Dr. Witherspoon is a former ENT specialist based in Nashville. Around the early 2010s, he was let go from the medical practice due to personal problems, including depression.

On the other hand, the Witherspoon siblings’ mother is a retired nurse and a university professor.

John D. Witherspoon’s parents were not on good terms and started to live separately in 1996. But back in 2012, John and Reese’s mother took legal action against their dad, seeking to annul his new marriage. She came to know about the marriage from a wedding announcement in the local newspaper.

As per the reports, the Witherspoon siblings’ father tied the knot with another woman named Tricianne Taylor while legally married to their mother. Furthermore, Dr. Witherspoon also tried to bring his new partner to Reese’s wedding ceremony with Jim Toth, but Taylor was not on the guest list, so the security did not let her in.

Later, Closer Weekly updated about John and Reese Witherspoon’s parents’ reunion in 2018. Though the pair had separated in 1996, they were still a legally married duo. And, after all the fiasco and two-decade-long ordeal, Betty and John Sr. decided to reunite.

Reese Witherspoon’s Brother Is Close With Her

As already mentioned, John shares a close-knit bond with his sister. The media has been a witness to their siblinghood as the actress occasionally shares sweet pictures together with John. In addition, John’s sister never misses wishing happy birthdays to him on social media.

The eldest Witherspoon also adores his sister. As per the Legally Blonde actress, John always had her back and watched out for her. Reese’s brother took her on fun adventures, cooked dinner, encouraged her, and even became chauffeur whenever she was in town. Let’s hope the brother-sister duo’s love and support continue to grow more in the future.

Is A Family Guy With Two Kids

Aside from being a supportive brother, John Witherspoon is a loving husband to his spouse and a doting dad to their kids. Reese Witherspoon’s brother shares a blissful marital life with a lady named Jennie Witherspoon. Furthermore, the actress’ only sibling has welcomed two daughters, Abby James Witherspoon and Draper Witherspoon.

John D. Witherspoon’s daughter, Abby, made her film debut with the 2015 movie Hot Pursuit, alongside her aunt. Her latest project was the 2022 adventure film Secret Headquarters. Besides, the Oscar-winning actress is a loving aunt who even named her lifestyle business Draper James after John’s daughters.

Happy Birthday to my nieces Abby James and Draper! You light up my life! 🎂🎉 pic.twitter.com/n8bCBFnuNx

Just like him, John’s lovely sister has been enjoying marital bliss with Jim Toth since 2011. Also, the former is an uncle to Reese Witherspoon’s children, Deacon Reese Phillippe, Ava Elizabeth Phillippe, and Tennessee James Toth.

The Walk the Line star’s elder brother had some legal problems in the past. In 2002, he was charged with barging into a next-door woman’s home in Tennessee and attempted sexual assault. At that time, John used to work as a real estate agent. He sneaked into the victim’s house through an unlocked door as she slept on a couch.

As reported by New York Post, John started touching the victim without her consent. The 5′ 4″ tall guy continued attacking the woman by trying to remove her cloth by undoing some buttons on her overalls. In 2003, John pled guilty to trespassing and attempted sexual battery and was placed on two years probation.

It was not the first time John was entangled with the law. In May 2001, the blond-haired guy was pulled over for drunken driving. Though he had some legal troubles in the past, he seems to be doing okay at present.

In conclusion, Reese Witherspoon’s brother is a family guy who genuinely cares for her. Furthermore, the eldest Witherspoon leads a beautiful family of four, including his wife and kids. Finally, we wish John Witherspoon a successful career and peaceful life in the near future.