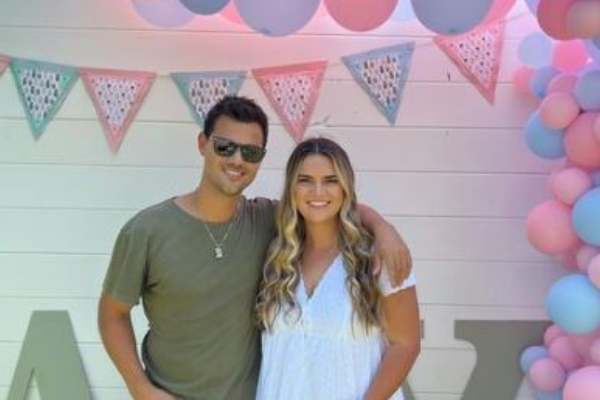 Taylor grew up with his younger sibling, and they share a pretty solid bond. He often shares pictures with her, and their bond seems to be getting stronger than ever. So, what does Taylor Lautner’s sister, Makena Lautner, do? Let’s find out in this article.

Best Friends Since Day One

Makena Lautner’s brother, Taylor, was born on February 11, 1992. Their parents, Deborah Lautner and Daniel Lautner, welcomed him. Then, five years later, in July 1998, Taylor Lautner’s baby sister was born in Michigan. The Lautner siblings are incredibly close and love each other immensely. They grew up in California.

In addition, Makena and her brother call each other their best friend. It must have been fun growing up together. Likewise, they also share adorable photos of one another on their social media. Hopefully, the bond and the love will remain the same forever.

Makena went to Valencia High School, where she played varsity volleyball as an outside hitter. When she was 16 years old, she tore her ACL while playing volleyball. After that, she even faced a heart condition which added to her challenging rehabilitation, making her realize that her life and volleyball career would never be the same. Her mantra throughout her life is “when you challenge a warrior, a warrior responds,” by Ray Lewis.

So, Makena did not choose to sulk in sorrow. Instead, she decided to host a TEDx event at school. She was inspired to do so by a friend who was forced to give up on his dream of being a football player after suffering several concussions and by her own situation. So, [email protected] became a way for her to inspire people. She chose the theme “Unexpected” because several incidents which she had not expected took place in her life. She wanted people to view those incidents or challenges as an opportunity to improve.

They chose the location because of its auditorium and excellent stage. Furthermore, the ticket price ranged from $15 to $25 depending on seat preference, and it was for donation. Makena raised over $60,000 through the event. Moreover, after graduating high school in 2016, she enrolled at Belmont University, where she hosted University’s first-ever TEDx event and raised over $20,0000.

As mentioned earlier, Taylor Lautner’s sibling had to say goodbye to her volleyball playing days due to a heart condition. Following the injury where she tore her ACL, she spent five months in rehabilitation. She returned to playing volleyball in her junior year. While she thought she could finally fulfill her playing dreams, she discovered that her heart would literally race out of her chest.

Makena did not really think anything of it at first, but after it happened about three times, she went to see a cardiologist. They revealed that she had developed a rare condition called Supraventricular tachycardia (SVT). It is an irregular erratic, or fast heartbeat affecting the upper chambers of the heart. Her heart would go over 300 beats every minute.

Taylor’s baby sister had an ablation procedure on her heart in 2015, and her doctor told her she could go and play within a week. She got back on the court, and she realized that her nerves had been damaged during surgery. As a result, she was no longer able to play volleyball. In August 2018, she had a second heart procedure, which was a huge success, and she posted a picture post-surgery.

Makena Lautner’s brother shared her photo after the procedure at Children’s Hospital Los Angeles. He even shared an Instagram story of her leaving the hospital. She is doing fine now and hopefully lives life with sound health.

Taylor Lautner’s sister is a blogger, and she has a website where she uploads most of her blogs. She has mainly blogged about her love life, wedding, and many other details of her big event. In addition, she is a Member Services Representative at Discovery Land Company.

Prior to that, Makena worked as an Administration Assistant at Ground Up Properties, Sales Associate at Sanctuary South, and a Suite Assistant at Tennessee Titans. In addition, she has interned at the Power of Clean Energy and the Tennessee State Soccer Association.

Is Happily Married With A Kid

Talking about her personal life, Taylor’s sister is a married woman. She shares a blissful marital life with Jacob Moore. The couple met Freshman year in college, and Makena fell in love with him the first time she saw him. They remained friends for a long time and enjoyed every activity together. The duo went on a date after Winter Break and only started their relationship a few dates later in February 2017.

After two years of dating, Makena Lautner’s boyfriend popped the question. She and her brother shared the news on their social media. In fact, Makena’s brother was there to witness her proposal and shared a series of photos and stories to celebrate the day.

In May 2020, the lovebirds walked down the aisle in a lovely intimate ceremony consisting of their parents, pastor, and three close friends. Unfortunately, they could not invite everyone, including her brother, due to the pandemic. She shared several snaps of her big day, and she looked stunning in her dress.

Furthermore, in October 2020, the married duo held another wedding ceremony attended by everyone. The duo seems immensely in love with one another. Hopefully, their bond and marital bliss will remain strong in the days to come.

In May 2022, Taylor’s sibling, Makena Moore, shared a post revealing her pregnancy. Then, after some days, she posted a video of the moment when her actor brother found out about her first baby. In the video, he could be seen unwrapping gifts with Tay Dome, Taylor Lautner’s wife. And when they find baby onesies inside, the reaction they gave was truly priceless.

Makena Lautner’s brother shared the same video and wrote a heartwarming message. On November 5, 2022, she gave birth to her baby boy, Breckon Moore. She often uploads several pictures with her family.

All in all, Taylor Lautner’s sibling, Makena Lautner Moore, seems to be doing well, We hope she will continue living a wonderful life in the coming days.