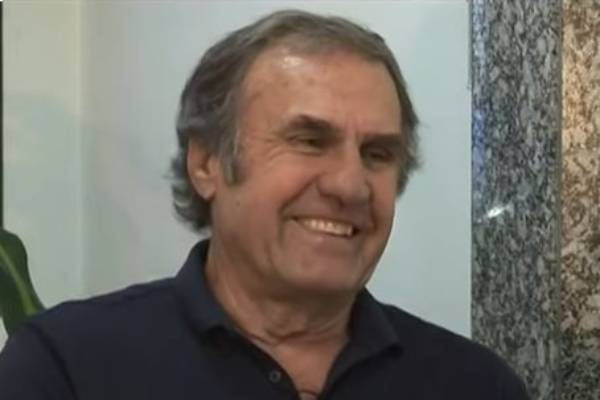 Carlos Reutemann is best-known for his contribution to Formula One series as well as his country’s political scene. He was one of the major players in the 1970s and 1980s Formula One world even though he failed to win the World Drivers’ Championship in his career.

Despite being in the limelight for several years, much of the former racing driver’s life is under the radar. But here are 5 facts about Carlos Reutemann to get to know him better.

Born And Brought Up In Argentina

Carlos Reutemann was born in Santa Fe, Argentina, on 12th April 1942. His father was an Argentinian, whereas his mother was an Italian. Moreover, Carlos was descended from a Swiss-German grandfather.

Reutemann grew up as a part of a farming family and helped around the farm in his teenage years. In one of his interviews, Carlos revealed that he used to go to school on horseback.

Furthermore, as a young child, Carlos mispronounced los lechones (piglets), resulting in his nickname, Lole. This name stuck throughout his Formula Racing days, and many believed that it meant wolf.

Also, Reutemann was in his early twenties when he first started racing. So, it is safe to say that we might not have met the Argentinian F1 racer if he did not found racing as a young adult.

Aforementioned, the Argentinian was 23 when he first started racing. He drove the Fiat saloon car and raced in the Formula 2 championships in his home country. Carlos moved to Europe in 1970 to further his racing career and found immense success there.

Throughout the 1970s, Carlos Reutemann impressed the Formula audiences and executives with his performances. Moreover, he qualified for pole position in his first race, a feat performed by Jacques Villeneuve and Mario Andretti only.

Moreover, Reutemann won 12 Grand Prix and qualified for six pole positions. However, he was unable to secure the World Drivers’ Championship even though he came close in 1981. Carlos placed second in the event, only 1 point behind the champion, Nelson Piquet.

Despite never becoming the World Champion, Lole was one of the most influential racing drivers. Carlos Reutemann’s F1 success made him the first person from Argentina after retired World Champion Juan Manuel Fangio to win Formula titles. Moreover, he was named one of the best Formula One drivers of all time.

The Argentinian driver raced for Ferrari, Brabham, Lotus, and Williams during his F1 days and gained numerous sponsors. And while his earnings might have been far smaller than that of current drivers, Carlos Reutemann’s net worth must have been substantial.

After finding success in his decade-long racing career, Carlos Reutemann moved back and sought out to give back to his home country. He chose politics to help his country and joined the Justicialist Party in Santa Fe. Then in 1991, Carlos ran for governor and won. He ran the province for a four-year term from 1991 to 1995.

Since the provincial constitution did not allow it, Reutemann could not run for re-election. But four years later, he became the governor and served from 1999 to 2003. During these years, Carlos Reutemann’s profile grew, and he became one of the leading politicians in his native province and Argentina.

Furthermore, the former F1 driver was expected to run for the presidency but disappointed the general public by declining. But he ran in the 2003 general election and won a seat at the National Senate. He started his work as a National Senator on 10 December 2003 and was re-elected in 2009 as well as 2015. Carlos Reutemann held the seat till his death on July 7, 2021.

Passed Away After Months Of Hospitalization

As mentioned above, the Argentinian politician passed away on the 7th of July while he was still in office. One of his daughters, Cora Reutemann, took to social media to announce her father’s death.

Carlos was hospitalized in May 2021 after suffering an intestinal hemorrhage. Unfortunately, he suffered from internal bleeding later, and his condition was declared critical.

Then in late May, it was confirmed that Carlos Reutemann was discharged from the hospital. However, he was hospitalized again due to dehydration, a result of his anemia. His condition continued to deteriorate, and he was placed in intensive care on June 21st.

Sadly, Carlos Reutemann passed away at the age of 79 after months of health scares.

Carlos Reutemann Is Survived By Wife And Two Daughters

Aforementioned, the passing of Carlos was first announced by his daughter through social media. He is also survived by his wife, Veronica Ghio, and his daughters Cora and Mariana Reutemann. Veronica is Reutemann’s second wife, who he married in 2006.

Carlos Reutemann’s daughters were born from his first marriage to Mimicha Bobbio. The former couple started dating as teenagers and were together during Lole’s Formula One days. They got married in 1968, but the marital bliss only lasted 11 years. Carlos then dated Veronica and married her in 2007.

As for his children, both Cora and Mariana were with Carlos during his final days. In addition, both of the Reutemann sisters have taken to their social media to share their grief. Meanwhile, Carlos Reutemann’s wife, Veronica, is yet to speak up.

After the tragic death of the former Formula One driver and politician, tributes started pouring in from individuals from both the racing and political world.

Carlos has been an influential figure for many young racing drivers as well as members of the political scene. His legacy in both of his chosen careers is substantial, and we hope he has found peace after a long bout of health troubles.