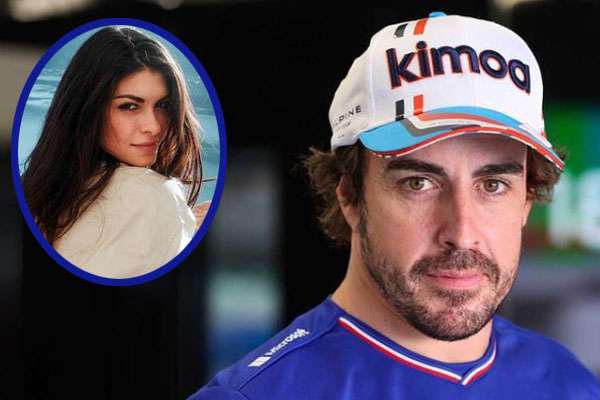 Linda Morselli is the current girlfriend of the famous Spanish racing driver, competing in Formula One for Alpine, Fernando Alonso. The motorsports fans can often see her supporting her boy during various racing events. Besides being known as Fernando Alonso’s girlfriend, she is a popular media personality on her own.

So, who is Alonso’s love, Linda Morselli? Here, let’s get a closer look at some fascinating facts related to her personal and professional life.

Aforementioned, the Spanish racing driver, Fernando Alonso’s partner, Linda Morselli, has made a name of her own, but in a different field. She is an Italian lingerie model, TV personality, and influencer. Currently, she is represented by Next Management, which offers its services in Paris, London, Milan, New York, Miami, and Los Angeles.

Morselli’s career in the modeling industry started when she was selected as one of 30 finalists in the Miss Italia in 2006. Though she could not win the main title in the beauty pageant, she won the Miss Eleganza title. After this, she got opportunities to model for several fashion brands, editorials, covers, and commercials.

Besides posing for various photoshoots with internationally renowned photographers, Linda Morselli has appeared in many music videos. For example, she appeared in one of Marco Carta‘s music videos titled Quello Che Dai in 2010. Also, Morselli has a brief role in the Spanish movie The Paramedic.

Furthermore, since 2017, the beautiful brunette Linda Morselli is working with the Spain-based brand Kimoa founded by her boyfriend, Fernando Alonso. It is an online clothing and accessories retailer which basically serves products including swimsuits, shirts, sunglasses, hats, and racing overalls.

Morselli Defined Herself Clumsy In The Past

At present, Linda Morselli is one of the greatly sought-after models and influencers. She feels blessed to be in the modeling industry. However, before she entered this field, it was pretty difficult for her to appreciate herself from a physical point of view. In fact, Morelli was insecure and felt clumsy, shapeless, and out of fashion until 17.

Moreover, some boys at her school used to snub her by considering her out of fashion and lacking the ability to be trendy. But, everything changed in 2006, when she took part in Miss Italia. And, now, she has established herself as one of the respectable models worldwide.

Fernando Alonso’s girlfriend, Linda Morselli, is a close friend of an Italian television presenter, Ambrogio Fogar‘s daughter, Rachele Fogar. Together, they often work on various modeling and acting projects. Also, the beautiful duo has traveled to various locations worldwide for their work.

In 2018, Morselli, with her friend Rachele, competed in the reality TV show Pechino Express 7- Avventura in Africa, aired in prime time by Rai 2. In that competition show, they achieved third place and were named ‘mannequins.’ Similarly, Morselli and Fogar also took part in Atelier Emé’s ‘White Party.’

Furthermore, other TV programs where Linda Morselli and her best friend, Rachele Foger appeared together are Drive Up and Casa Marcello. Also, they had fun together skiing and snowboarding at Alta Badia, watching the 2019-20 FIS Alpine Ski World Cup, and exploring Sicily.

Both Fernando Alonso and his love, Linda Morselli, are protective of their relationship from unnecessary media dramas. However, still, there are some details on their love life available on the internet.

According to some online sources, Morselli was first linked with the F1 driver, Fernando Alonso, in July 2016. She was spotted attending racing events to support Alonso. However, the two officially confirmed their relationship via an Instagram post only in February 2017.

It has been several years since the pair started dating. However, they are very much in love with one another and respect each other’s profession. They even have plans to have children together in the future. But, now, for a while, they are not considering it and request their well-wishers to wait for the time being.

Stayed By Alonso’s Side In Hospital After His Surgery

Recently, Fernando Alonso was hospitalized after being injured in a road accident while cycling in Switzerland. Following the accident, he was kept under observation in the hospital, where doctors found a fracture in his upper jaw and performed a successful corrective operation. After the surgery, Alonso’s sweet girl, Linda, was by his side to look after him.

Fernando Alonso is not the first love of the Italian beauty, Linda Morselli. Before moving on with Alonso, she was in a romantic relationship with the nine-time world champion MotoGP rider, Valentino Rossi. According to reports, the former lovebirds first met in 2007 and started dating in 2012. While the Italian press had reported that the pair were engaged, they eventually ended their relationship in 2016

Like his current girlfriend, Linda Morselli, Fernando Alonso also dated a couple of stunning ladies in the past. He was romantically linked with beautiful ladies, including Xenia Tchoumitcheva, Lara Alvarez, Dasha Kapustina, and Viki Odintcova. On top of that, Alonso was also in a marital relationship with Raquel del Rosario, whom he divorced in 2011.

But, now, both Linda and Fernando are happy with their relationship. Hopefully, they will never let their current love life end like their previous ones.

The sports and wellness enthusiast, Linda Morselli, is active on Instagram, where her followers’ count is 229K as of September 2021. There she regularly posts photos of her everyday life and her latest professional achievements. So, if you want to learn more about Fernando Alonso’s girlfriend, Linda, then you can connect with her on her Instagram page.